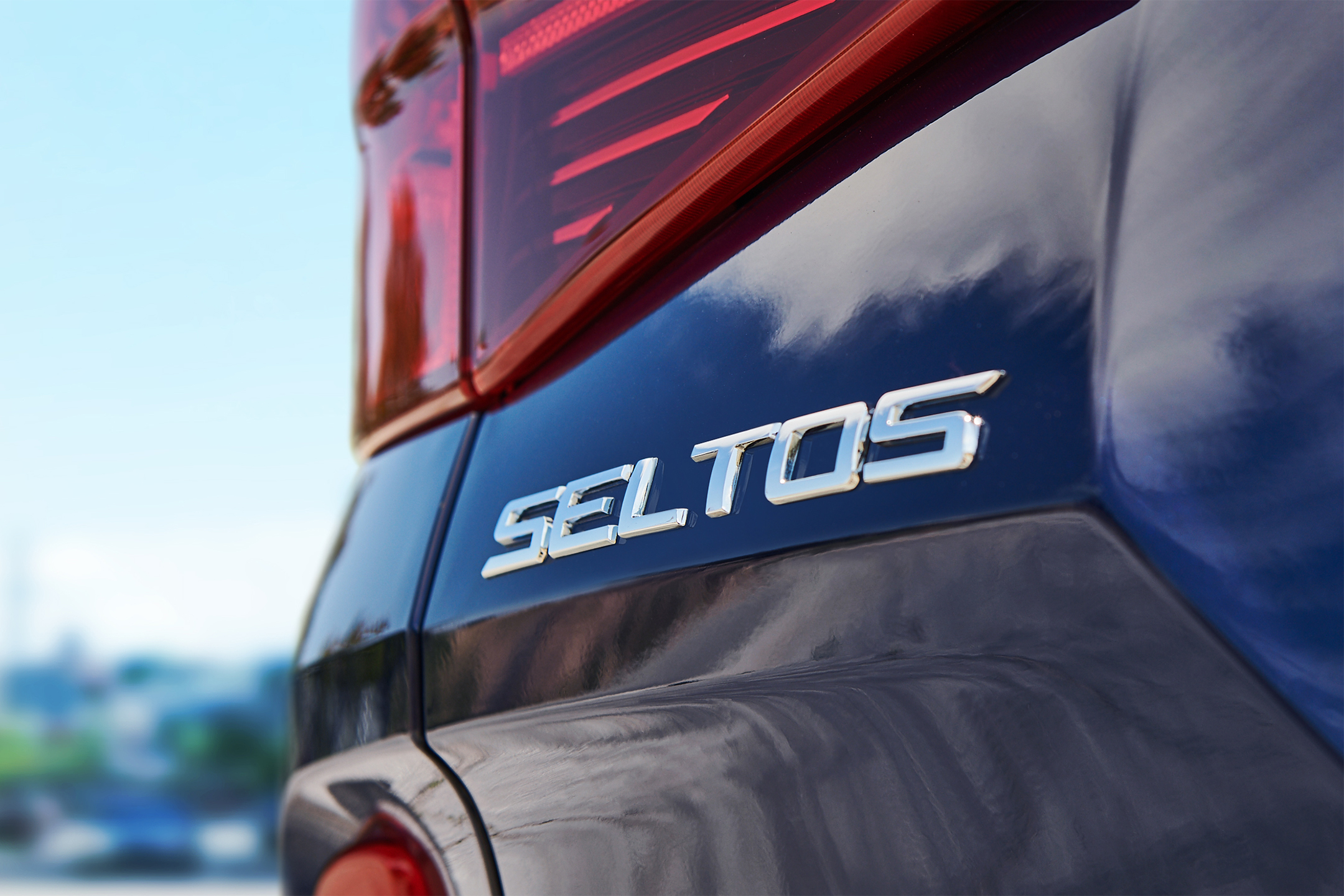 Kia’s slow-motion reveal of its coming new global compact SUV continued today with a shot of the liftgate logo and confirmation of reports that it will be called the Seltos. Kia says the production version and details will be revealed later this month, with sales to follow “in South Korea and other regions” in the second half of 2019, though a U.S. schedule was not specified.

Kia says the name is a variation on “Celtos,” which is the name of the “brave and assertive” son of Hercules in Greek mythology. It says they changed the spelling to an “S” to make a connection with speed and sportiness — or maybe just SUV, since traditionally car-centric Kia is scrambling to expand its SUV portfolio to meet market demand.

As with virtually every other new small SUV or hatchback nameplate from automakers these days, Kia says the new model has been created to lure millennials into its showrooms. A big part of that effort is adding tech appeal, which it says will include a 10.25-inch touchscreen, LED lights front and rear, and “Sound Mood” lighting that “can alter the cabin’s ambient lighting to suit occupants’ preferences,” which sounds a lot like the new multicolor music lighting in the redone 2020 Soul hatchback.

As with the interior and exterior sketches in previous teasers, Kia provided no more specifics, such as powertrains. But spy photos of a prototype show a small SUV that differs visually only in minor details from the Signature Concept that Kia unveiled in Seoul earlier this spring, saying it was a preview of a new “production-ready compact SUV.”