Kia Motors made waves with the design of the Seltos even when it was showcased as the SP concept at the 2018 Auto Expo and the company had said that not much of it will be changed. The South Korean carmaker has finally taken the wraps off the Seltos and as you can see in the pictures, it looks true to the concept. Kia’s design has gained prominence globally by the day and certain element like the tiger nose grille goes well with the overall sharp design language. Kia Motors is keeping up with that even in India and the Seltos which also marks the brand’s entry into our market looks promising on that front. It’s been developed in India and specifically for Indian customers. 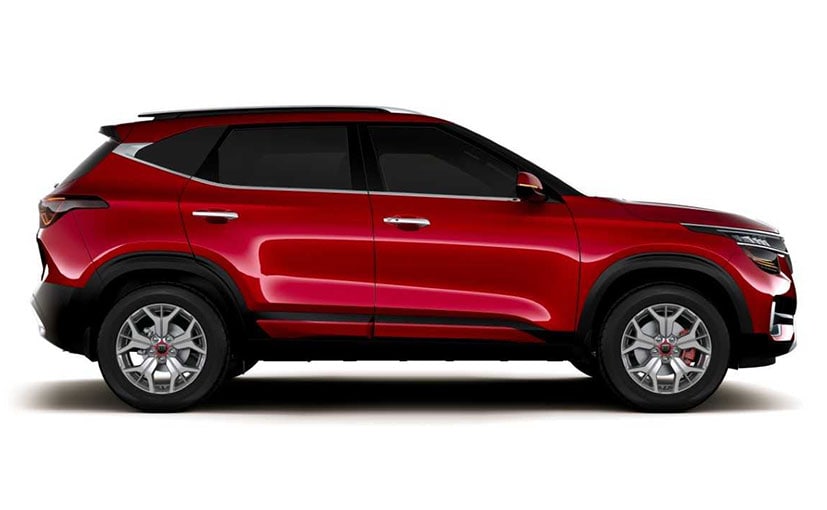 The overall design language of the Seltos is aggressive and sharp line on the face and shoulder helps shaping its bulges aesthetically. The face boasts the wide Tiger nose grille and there are chrome surroundings around it. Sleek LED headlamps, DRLs, bold claddings which incorporate the silver skid plates and angular detailing on the face and hood add a sense of modernity to the design. A bit of Creta flavour is also visible in the profile, especially the way the pillars have been designed. However, rising window line and sculpting on the rear haunches are unique. The rear of the car looks very urban and the tailgate is aesthetically segmented as well, giving almost equal area to the raked windscreen and lower sections. Elements like sleek chrome bar which insets into the tail lamps and dual exhaust finished in faux silver add to the looks as well. What also build upon the contemporary looks are in-trend elements like dual-tone roof, silver roof rails and 17-inch machined alloy wheels. 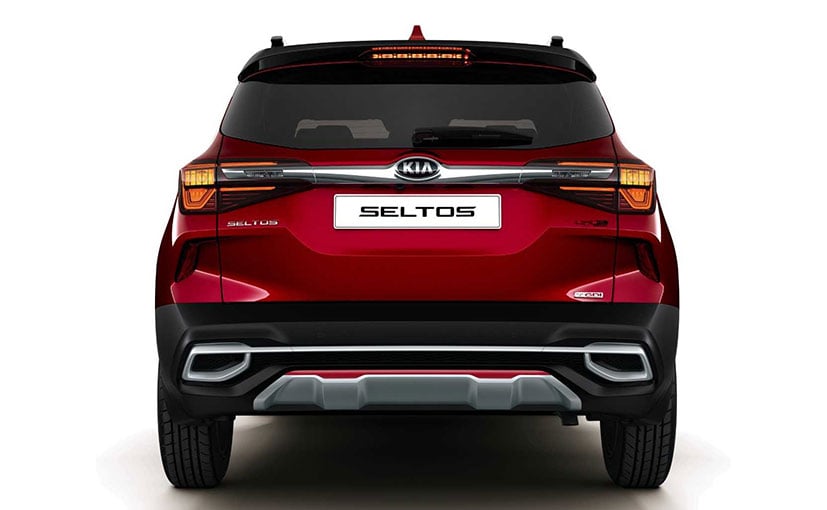 Elements like dual tone roof, machined alloy wheels and dual exhaust pipes add to the contemporary looks of the Seltos.

Kia is gearing up to launch the Seltos in India in August this year and it is expected to be priced between ₹ 11 lakh and 17 lakh. Along with a beautiful design, the new compact SUV is also equipped with a bunchof segment first features and gets an impressive range of engine and gearbox options. Kia has confirmed the 1.4-litre GDI Turbo petrol BS6 compliant engine for India while other engine options are yet to be finalised. Gearbox options include a six-speed torque convertor automatic, a seven-speed dual clutch transmission (DCT), a CVT gearbox and a six-speed manual transmission.