Carbon fiber all the things.

We’ve seen plenty of custom creations from UK-based Kahn Automobiles over the years, but we’ve never seen one quite like this decked-out Mercedes G-Class. It’s officially called the Mercedes-Benz G-Class Project Kahn Carbon Wide Track Edition, and since that’s a hilariously long name, it shall henceforth be referred to as the Carbon Wide Track, or crazy-custom G if you prefer.

The G-Class has long been a subject of attention for high-end tuners, but what grabs our attention on this particular version is the odd roof spoiler that’s part of Kahn’s body kit. For the record, Kahn does call it a roof spoiler but in reality, it looks more like two roof scoops mounted at each corner. We assume the idea stems from wild two-piece rear wings seen on hypercars like the Ferrari FXX-K, but even in AMG G63 trim with 577 horsepower (430 kilowatts), the boxy G-Class is no hypercar, or supercar for that matter. 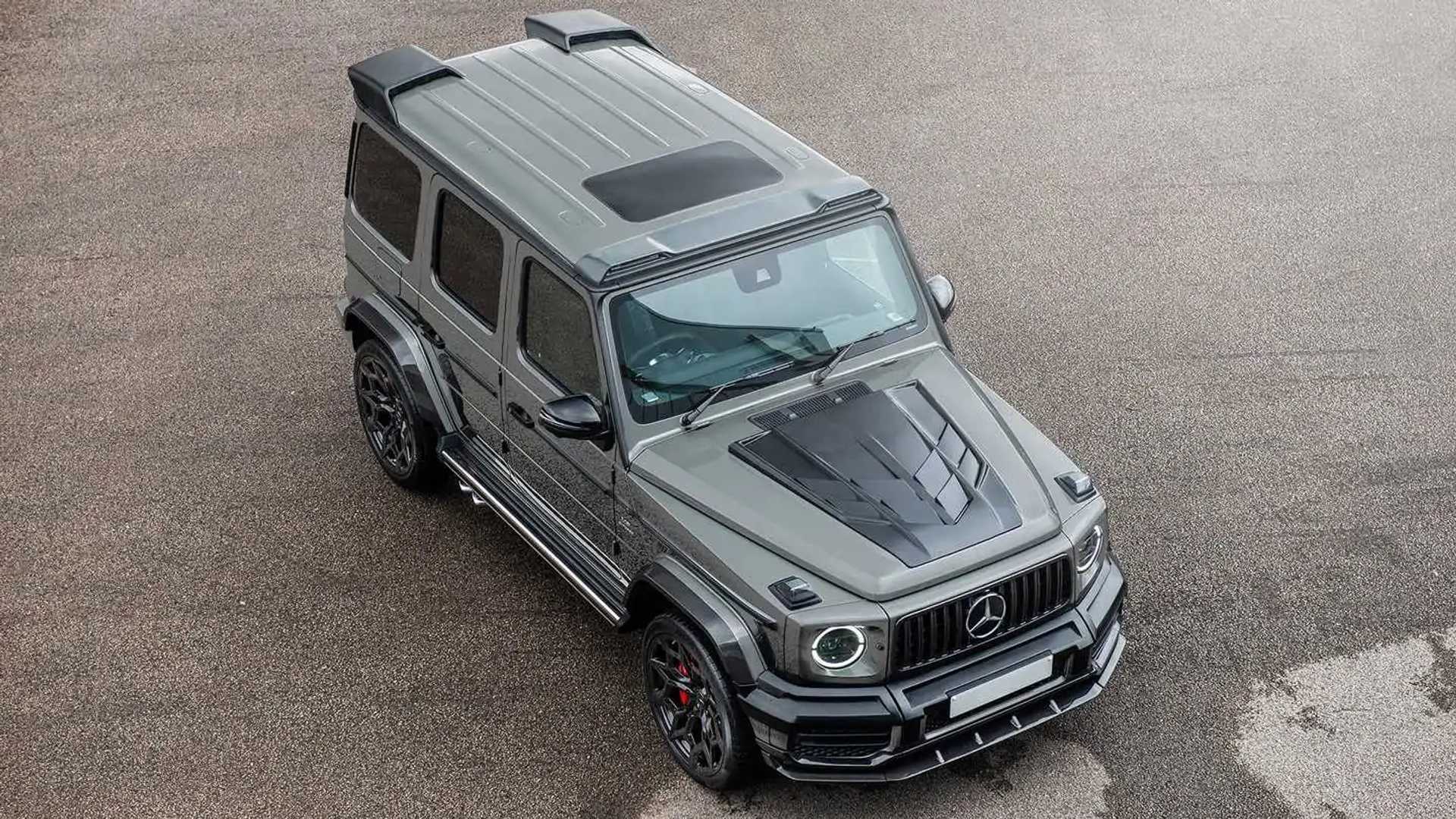 As for the rest of the upgrades, Kahn bolts up a carbon hood overlay along with a front chin spoiler and a new grille to tweak the SUV’s face. A roof shield above the windshield complements the odd rear wing wings, and naturally, beefy fender flares at all four corners contribute to the wider appearance. Within those flares are 23-inch Kahn wheels wearing Continental tires, of which Kahn is keen to mention its partnership with the tire company. The interior gains an available Bengal Red upgrade, and an optional exhaust upgrade is also offered.

As for price, Kahn offers its Carbon Wide Track as a turn-key vehicle based on the muscular G63 for the not-insignificant sum of £224,999. At present conversion rates, that translates to $306,383 in US currency but Kahn lists the package alone as a £40,000 ($54,468) upgrade for any current-generation G-Class.