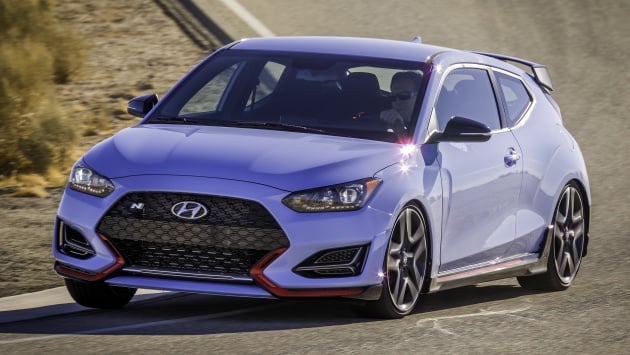 According to a report by South Korea’s Hankyung, Hyundai is planning to discontinue the Veloster as soon as next month, with the 2022 model year units being the last to leave its Ulsan plant.

If true, the quirky, three-door Veloster will cease to be a part of the carmaker’s line-up after an 11-year run. The first-generation Veloster made its debut at the North American International Auto Show (NAIAS) in Detroit in 2011, while the second-generation model showed up in 2018.

Recently, it was reported that the Veloster range line-up in the United States would only include the range-topping N version, with the regular variants being dropped entirely. The latest report out of South Korea suggests even the Veloster N’s days are numbered.

Poor sales performance is one of the reasons why the Veloster is being discontinued, and the report claims Hyundai wants to clear up production volume for the next-generation Kona, which will be built at the Ulsan facility. The current Kona is also available in N guise, further pulling demand away from the Veloster.

Additionally, the report notes that buyers preferred the more “normal” and practical Elantra N (also known as the Avante N) instead of the Veloster N, with just 99 units of the latter being sold in South Korea between January and April this year – the sedan saw 1,624 units shifted in the same period. Meanwhile, overseas sales of the Veloster N amounted to 1,214 units, whereas it was 2,087 units for the Elantra N.

Due to poor demand, the Veloster is a costing Hyundai money which would have been better spent making more profitable models. Another model facing the cut is the Ioniq (not the EV), which will exit production next month.