It’s capable of doing it in just 10 hours.

Here is the long-awaited Bjørn Nyland 1,000 km challenge of the brand new Hyundai Ioniq 5 (AWD, 72.6 kWh version), which turns out to be one of the best models for long trips.

The time achieved was 10 hours and 26 minutes, however, according to Bjørn Nyland, the estimated optimum result is 10 hours due to several reasons.

First of all, the test was affected by the rain, which inflated consumption. The second thing is that there was one unnecessary charging stop (a total of five instead of four) and a few minutes were wasted here and there.

The overall potential for the Hyundai Ioniq 5 is 10 hours (when starting fully charged) with four ultra-fast charging session. One thing is important that to fully utilize the car’s charging power of about 220 kW, 800V ultra-fast chargers are required.

Another thing is that the Hyundai Ioniq 5 is significantly less efficient at higher speeds.

Anyway, at an estimated result of 10 hours, the Hyundai Ioniq 5 is the top crossover/SUV tested so far. It will be now interesting to see the MIC Tesla Model Y. 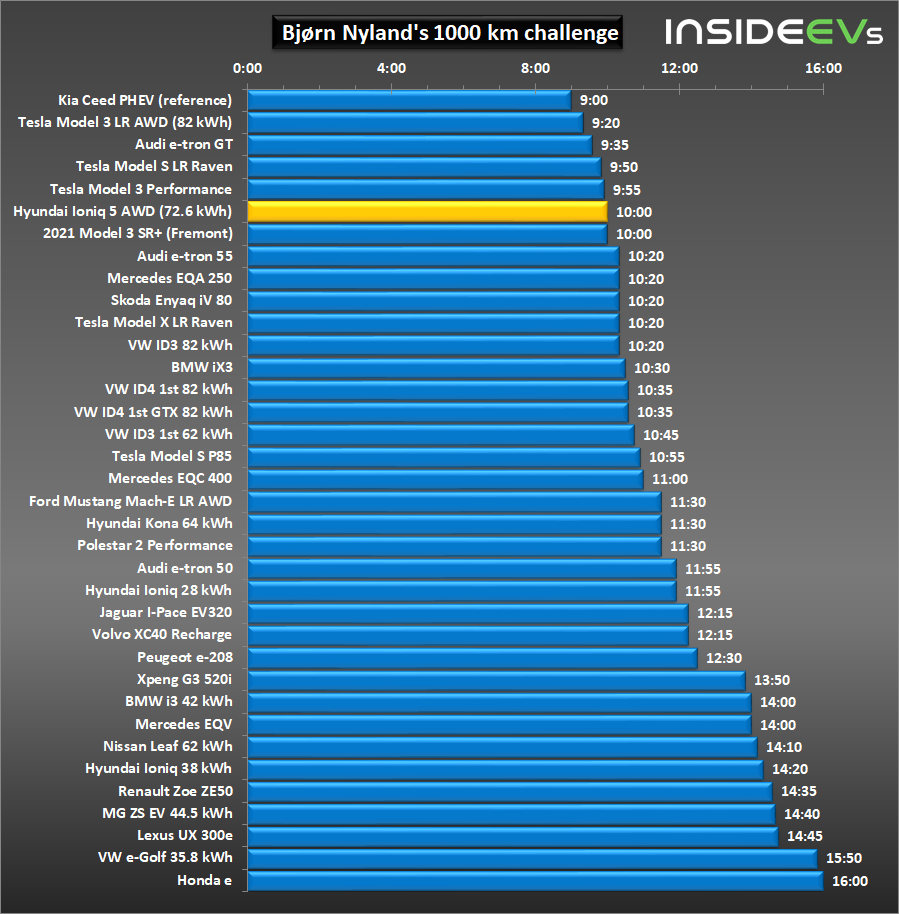