The new series got underway at the German Grand Prix in July having been delayed from its original Jerez slot due to a devastating fire wiping out the paddock during a test.

Currently, all satellite MotoGP teams and a handful of Moto2 and Moto3 outfits field riders in the series aboard spec Energica Ego machinery, and there are no plans in the near future to open up the series to other manufacturers.

Speaking in a press conference at Brno after MotoE’s inaugural race at the Sachsenring, Yokoyama said Honda realises it “can be the future” of motorcycle racing, but doesn’t believe it is yet ready to build a competitive electric race bike.

“From Honda’s point of view, it [electric racing] can be the future,” Yokoyama said. “We cannot deny this, and that’s why we have some interest and [are looking at] what is happening in MotoE very carefully.

“But if you ask me if Honda is ready to do it immediately, we have to say no at the moment, because we are Honda Motor [Company].

“If we decide to go ahead with this type of championship, we want to do it properly – not halfway, or just starting because we have to start like this.

“There are of course some technologies inside Honda, but to be properly racing we are not ready to do it, and until we are ready we don’t want to immediately go ahead into that championship.”

Aprilia: MotoE not yet advanced enough

Aprilia Racing manager Romano Albesiano says it’s unlikely the Italian brand will even consider entering MotoE until a “real technological step” is made with batteries, which can in turn be applied to its road-going sport bikes.

“Well, talking from Piaggio’s [point of view], Piaggio is fully involved in electric [and] hybrid development of motorcycling and we have the technology,” he added.

“It’s good MotoE has started together with MotoGP as an experiment just to show the technology level, but we also know from them that it’s not easy.

“The energy density of the battery today is nothing compared to the fuel tank. That’s the [sticking] point, and unless there is a real technological step in that area this [won’t change] the [current] situation.” 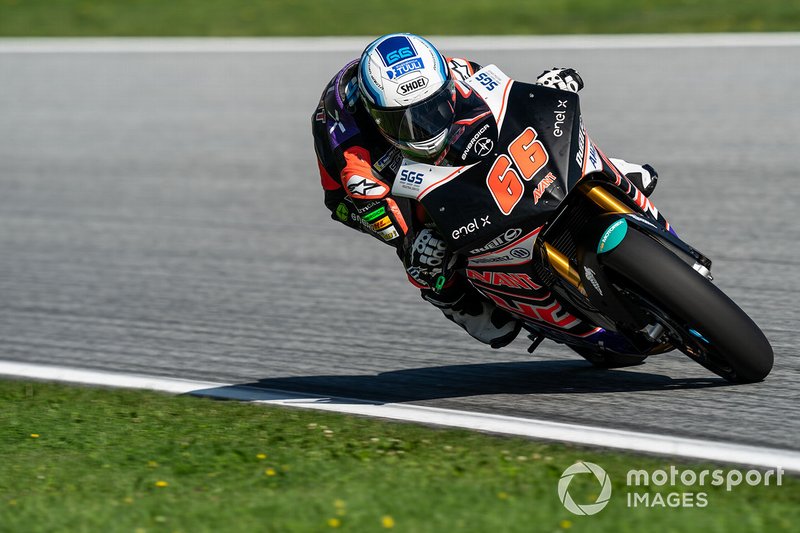