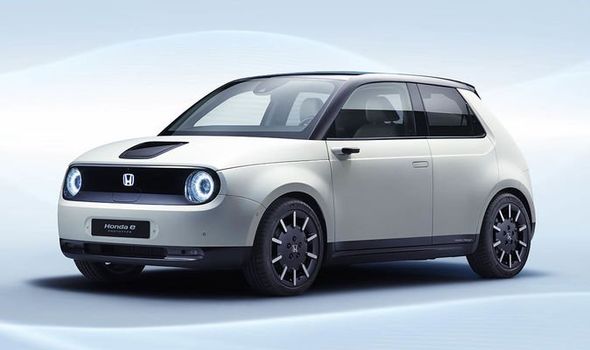 Honda e is one of the most anticipated electric cars launching in 2019. It was first unveiled at the 2017 Frankfurt Motor Show when it sported the name ‘Urban EV Concept.’ The exciting electric car is grabbing the attention of potential customers due to its stunning redo-inspired design. Based on the Civic Mk1 the futuristic little car has some of the hallmarks and boxy shape of the first edition car. 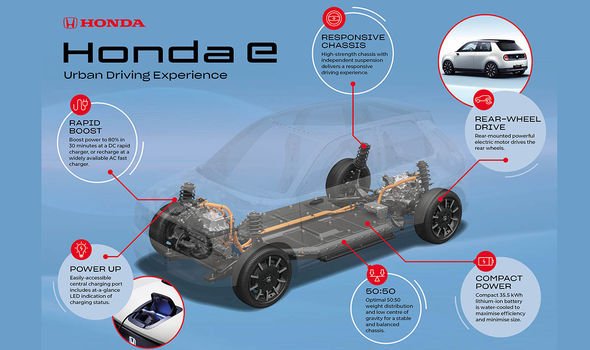 Now the carmaker has confirmed details about the car’s battery and platform.

Powering the car will be a water-cooled 35.5 kWh Lithium-ion high-capacity battery which will be able to be charged using either a Type 2 AC connection or a CCS2 DC rapid charge.

This battery pack will allow the car to track over 125-miles on a single charge, but it is not confirmed what cycle that is on.

When connected to a fast charger the vehicle will be able to be recharged to 80 per cent in just 30 minutes. 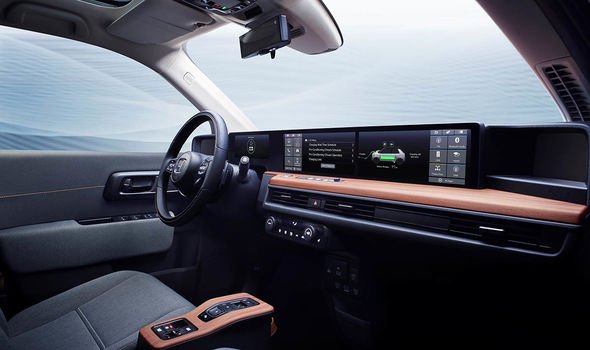 The car’s charging point is located in the bonnet and there is an LED indicator which flashes when it is charging and is also visible through the glass.

When the car is connected and charging an indicator of the charge percentage will be displayed on the dual touchscreens at the centre of the vehicle.

The battery is water-cooled to maintain an optimum thermal state, therefore maximising the efficiency of the battery and charge state, while also ensuring its size and weight are minimised so that it does not compromise cabin room.

When batteries get too hot or cold the efficiency and charging be impacted. 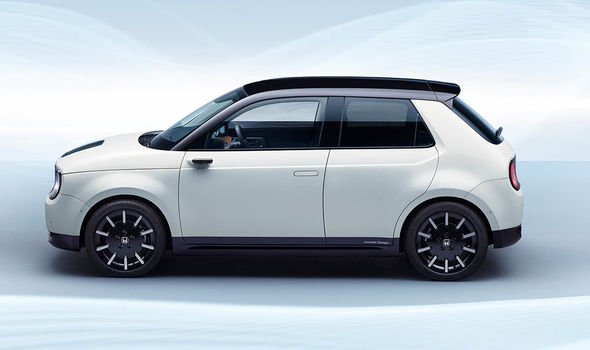 It is positioned centrally at a low level within the wheelbase under the floor of the car, the result is a 50:50 weight distribution.

As a result, the car has a low centre of gravity for optimal handling and stability as well as excellent Honda driving dynamics.

It also has four-wheel independent suspension to offer better stability in all conditions as well as a smoother ride and more responsive handling. 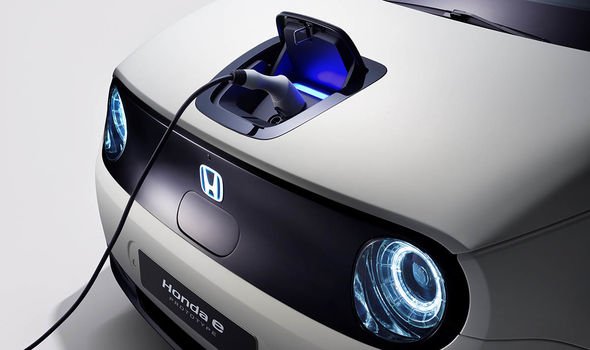 Phil Webb, head of car at Honda UK, commented: “Confirmation of the chassis, platform, battery and charging details of the Honda e marks a key milestone in our preparations to unveil the final production version of the model later this year.

“I’m looking forward to seeing the Honda e Prototype in action for the first time in the UK at the Goodwood Festival of Speed next month.”

Honda is aiming to feature electrified technology in 100 per cent of its European sales by 2025.

The carmaker has already received 31,000 expressions of interest across Europe with over 9,000 coming from the UK