One of the Fisker Ocean electric SUV’s coolest interior features is the rotating infotainment screen. It allows for use both in portrait orientation, which is more suitable for when the vehicle is on the move and it, for instance, needs to display the map, as well as in landscape mode, which makes more sense when the vehicle is stopped and you might want to watch a video.

The company’s founder, Henrik Fisker, whom we talked to earlier in the year at the Goodwood Festival of Speed, recently posted a vertical video on Twitter giving us a first look at the Ocean’s infotainment. He shows off the rotation, as well as some of the screen’s graphics and functionality.

One big takeaway from this video, though, is the fact that Mr. Fisker didn’t actually touch the screen, which means it’s just running a demonstration, not the actual finished infotainment software that Fisker buyers will experience. When he asks for the larger map screen to be displayed, he doesn’t touch the screen, and the change is done by someone controlling the screen off-camera.

We can therefore can’t really say much about the system based solely on this short video because it doesn’t really show anything other than the screen rotation, which Mr. Fisker does control, by pressing and holding a big central button right below the screen. The graphics seem quite simple and unpretentious, as are the animations which are not flashy, but rather fluid and subdued – everything is quite restrained and easy on the eye. 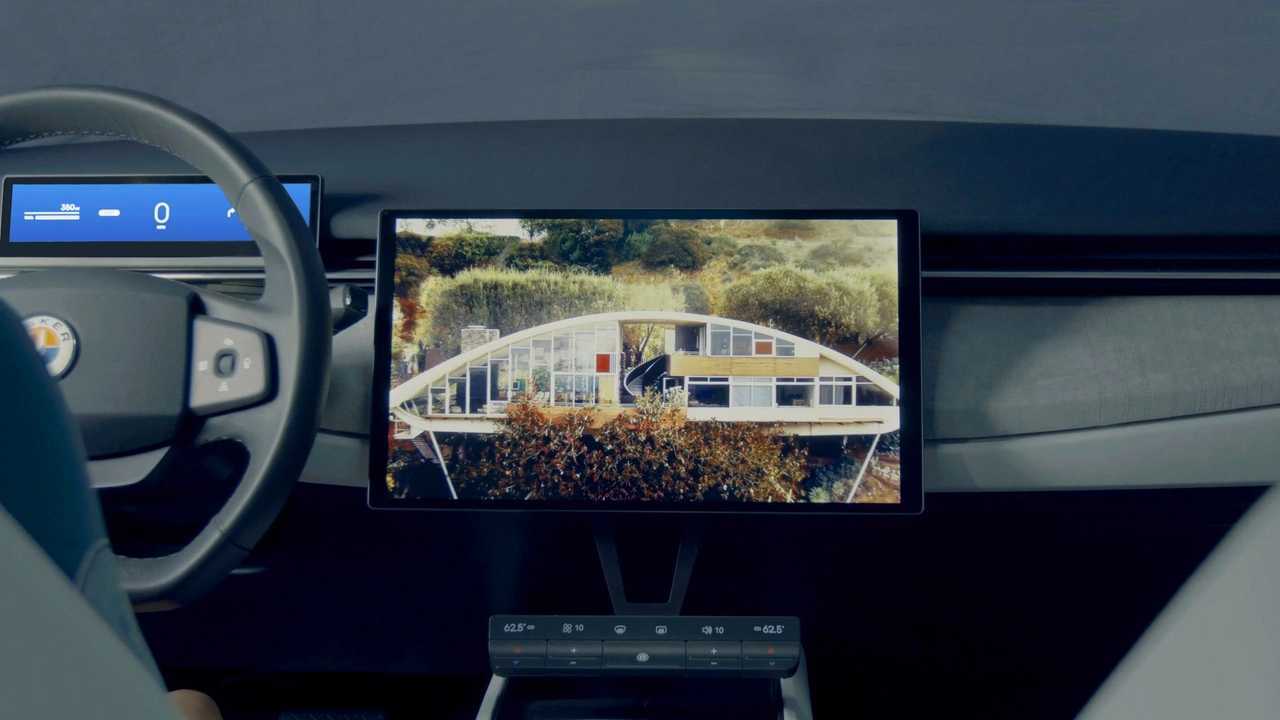 When the screen is in portrait orientation, the top part of the screen is dedicated to what they call the “virtual view,” which basically shows the vehicle, the road, as well as other vehicles around it. Below that are four tiles (one of which is a map) and you can change these as per your preferences, but also enlarge one of them so that it takes up the entire rest of the screen.

They show the enlarged version of the map, which also retains the media controls in the lowermost part of the screen. It all looks fairly intuitive and easy to use, but we’ll reserve judgment until we’ve tried it out on a production Fisker Ocean.