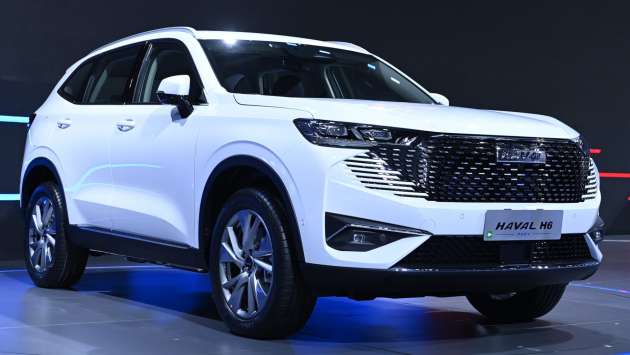 Chinese brand Haval will be stopping the sale of vehicles powered by internal combustion engines from 2030, according to parent firm Great Wall. This comes after fellow Chinese automaker BYD has stopped its own production of purely internal combustion-engined vehicles in the first half of this year as it focuses on electrification.

In addition to discontinuing the sale of pure ICE vehicles by 2030, new energy vehicles will make up 80% of Haval sales by 2025, Haval brand manager Li Xiaorui announced at the brand’s new energy strategy conference in Beijing.

As for the group’s broader plans, Great Wall Motor is acclerating its transition to becoming a “global technology mobility company,” the company was quoted as saying by Gasgoo. Great Wall Motor has invested 10 billion yuan (RM6.5 billion) in research and development in 2021, and its cumulative investment will total 100 billion yuan (RM65 billion) by 2025, according to the report.

Great Wall Motors returned to the Malaysian market last month, and the Haval H6 is expected in our market later this year. The SUV is sold in Thailand as a plug-in hybrid, featuring a 1.5 litre turbocharged engine, and boasts of a total system output of 326 hp and 530 Nm of torque.

Also earmarked for the Malaysian market is the Ora Good Cat EV as well as the Haval Jolion, which are part of a roster of products due to debut in Malaysia from the fourth quarter of this year.

A right-hand-drive example of the Ora Good Cat EV was sighted in Vision Motorsports in May this year, along with a number of units at the Go Auto headquarters in Glenmarie, Shah Alam. As for the Haval Jolion, a C-segment SUV is likely to arrive on our shores in internal combustion form to begin with, and this could get a 1.5 litre turbocharged petrol engine mated to a seven-speed dual-clutch automatic transmission.