After our article, the company got in touch and prepared a new press release.

When we first saw the news on the Hanergy Glory solar car, we could not help to be skeptical. The company said its vehicle did not require charging in power outlets. It could extract its daily energy needs solely from a solar generation roof. It did not disclose critical technical specifications. Summing up, it had a lot of answers to give. The company got in touch with InsideEVs and solved all our questions. Besides that, Hanergy Glory also issued a press release with the clarifications and new info: It is seeking funding to develop and to produce the solar car. 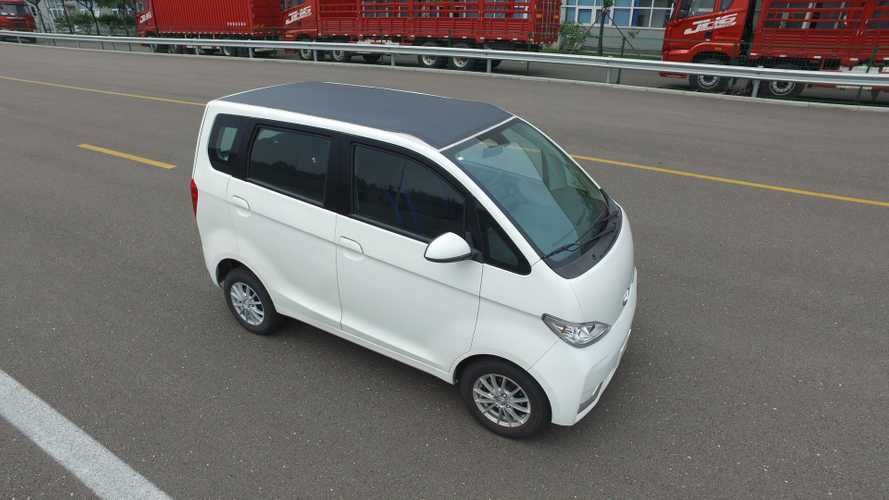 Hanergy Glory says it needs $25 million to get that going. That is a low amount of money for the automotive industry’s standards. The explanation is that most of the car is ready. It is a modified JoyLong EM3, as we have mentioned in our previous article. That said, the money would just be needed to further develop the solar thin-film applied to the roof and to establish a sales channel for the car.

“Our team will optimize the whole solar solution on the basis of the EM3 model, improve the fitment between our solar power generation system and the roof, enhance the aesthetic design, and ultimately achieve mass production,” said Lu Tao, CEO of Hanergy Glory.

As you may recall, we mentioned the prototype had a very poor integration finishing between the thin-film solution the company presents and the EM3’s roof. Fortunately, that will change in the production car, which will have a different name.

As we have said before, Hanergy Glory will call it Chinese K-Car. The idea comes from the Japanese Kei cars, especially when it comes to its usage. It intends the solar car to drive less than 20 km per day so that it may never have to charge on a power outlet.

According to the company, that is what 60 percent of all Kei car owners do in Japan. These numbers would come from JAMA (Japanese Automobile Manufacturers Association).

The solar thin-film would be able to generate 1.6 kWh of electric energy per day. Which it says is enough for running up to 20 km daily. Not in a regular electric car, but this one is very different from the others.

We have contacted Catarc (China Automotive Technology and Research Center). The research center said three pilots that weighed between 65 kg and 70 kg drove the prototype for 30 days. Its test track mixes paved surfaces and unpaved ones.

At the end of the 30-day test period, the car kept 60 percent of charge. Hanergy sent us this picture of the dashboard to show how they could tell the remaining charge.

On the right, there is a scale that goes up to ten. When the battery pack is fully charged, it is all blue. Energy consumption appears in red, from the bottom to the top. In this case, the car had 80 percent of the charge. The left scale is a tachometer.

The last question we had for Hanergy Glory was the huge quantity of websites that published its first press release with no changes. The company says it has nothing to do with that. “Ultimately, it’s media’s decision of how they choose to use the information we share with them,” said Nitin Kapahi, Hanergy Glory’s senior global PR.

The company is confident their car could suit many families’ needs in China. And it has named its system in a similar way to that chosen by Aptera to offer a similar solar generation ability. Instead of Never Charge, Hanergy Glory has called its system Plug-In Never.

Will Chinese clients find that appealing? How much will it cost? We’ll probably hear answers to these new questions very soon.