A year after Britain left the EU, the Government changed the rules on British numberplates, unveiling a new design. Now, that design will change again in a few months.

The Government has told the UN secretary-general that it will be changing the sign needed on British vehicles when abroad.

Currently, Britons must put a ‘GB’ sticker on their car before travelling to another country, except if they have a numberplate that also features these initials, underneath the Union Jack.

However, Boris Johnson’s cabinet is now changing ‘GB’ to ‘UK’.

By the end of the year, all Britons must show these letters somewhere on their vehicle before leaving the country. 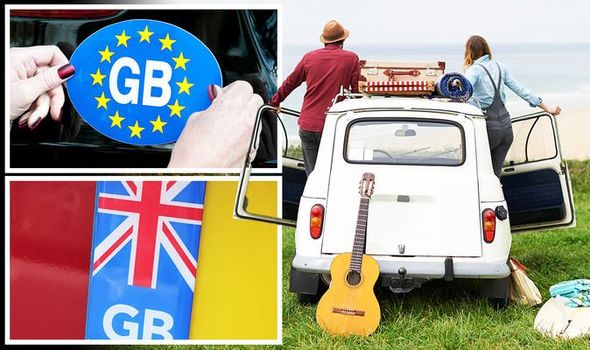 The move comes just months after the Government informed the public of a new British numberplate earlier this year.

On the first anniversary of Brexit on January 31, 2021, transport secretary Grant Shapps unveiled the new design, which had on it the letters ‘GB’ under a flag of the Union Jack.

At the time, Mr Shapps tweeted: “Brits will be able to drive on the Continent without GB stickers thanks to new reg plate with Union Flag and GB.”

Previously, numberplates in Britain had featured GB, but under a circle of EU stars.

Welsh and Scottish people could travel abroad with numberplates displaying the Welsh or Scottish flag, but only if they also placed a GB sticker on their vehicle.

They will still be able to use their nation’s identifier when the rule changes, but the GB sticker will no longer be valid.

All Britons will either need to buy the new numberplate featuring the letters UK or make sure they have a sticker displaying the same letters.

Therefore, people who ordered Mr Schapps’ new design earlier this year must now buy a UK sticker to put alongside it to make it legal. 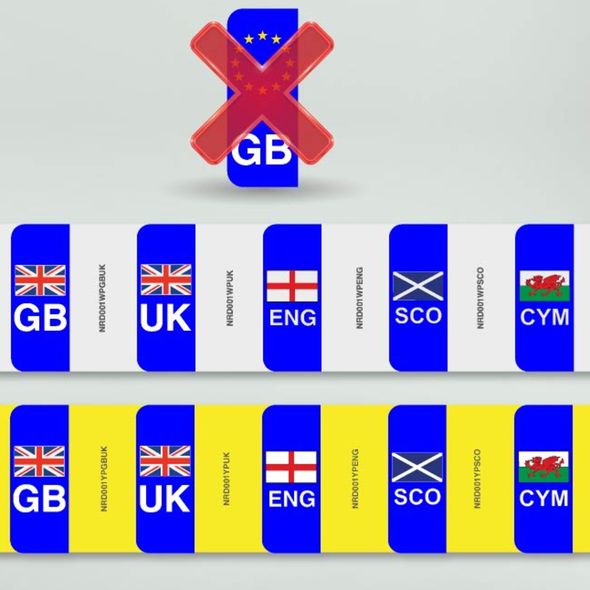 Government sources told the Times the change is “inclusive of Northern Ireland” and will “promote the whole of the UK abroad”.

It will send a message of unity when the kingdom of four nations is caught in the “sausage war”.

The so-called “sausage war” refers to the current relationship between the UK and the EU.

On Friday, July 2, Prime Minister Boris Johnson met German Chancellor Angela Merkel at Chequers, his country house just outside London, and joked that “the wurst is behind us”.

The new rules on vehicle signs will come into place on September 28, marking the end of the summer holiday season.

However, the change has disappointed some numberplate suppliers.

One has told the AA it will need four to six months to update plates to the UK version, leading it to lose orders.

Meanwhile, Edmund King, President of the AA, said the GB sticker was part of “our motoring heritage”.

If Britons fail to display the letters UK somewhere on their vehicle when abroad after the end of September, they will be fined.

But the penalty will depend on the law of the country concerned.

The Government’s website does not yet include information on the new UK numberplates or stickers, but it does remind Britons what they must currently do if travelling abroad with a vehicle.

The website states: “If your number plate includes the GB identifier with the Union flag (also known as the Union Jack), you do not need a GB sticker.

“But you will need to display a GB sticker clearly on the rear of your vehicle if your number plate has any of the following: a Euro symbol, a national flag of England, Scotland or Wales, numbers and letters only – no flag or identifier.

“If you’re in Spain, Cyprus or Malta, you must display a GB sticker no matter what is on your number plate.”