It probably won’t ever happen, but maybe it should?

Before you scoff at the notion of a luxury pickup truck, you better revisit the current offerings from American automakers. Optioning up an F-150, Silverado, or Ram 1500 well into the $70,000 range isn’t hard, and while these trucks generally have handsome interiors with plenty of tech, some might argue against them being luxury vehicles. So why not have a truck dedicated to luxury from square one?

With that in mind, we present an interesting idea from Calvin Kim, who was kind enough to share this vision with us. Genesis is garnering attention with its current design language, notably relating to its double-slat headlights and large crest-grille on vehicles like the G80. These Genesis truck renderings obviously embody a concept theme with gigantic tires and a narrow greenhouse, but the grille and lights take center stage to identify this as something from Genesis. In a scaled-down, production format, it could be a standout design in the pickup segment. 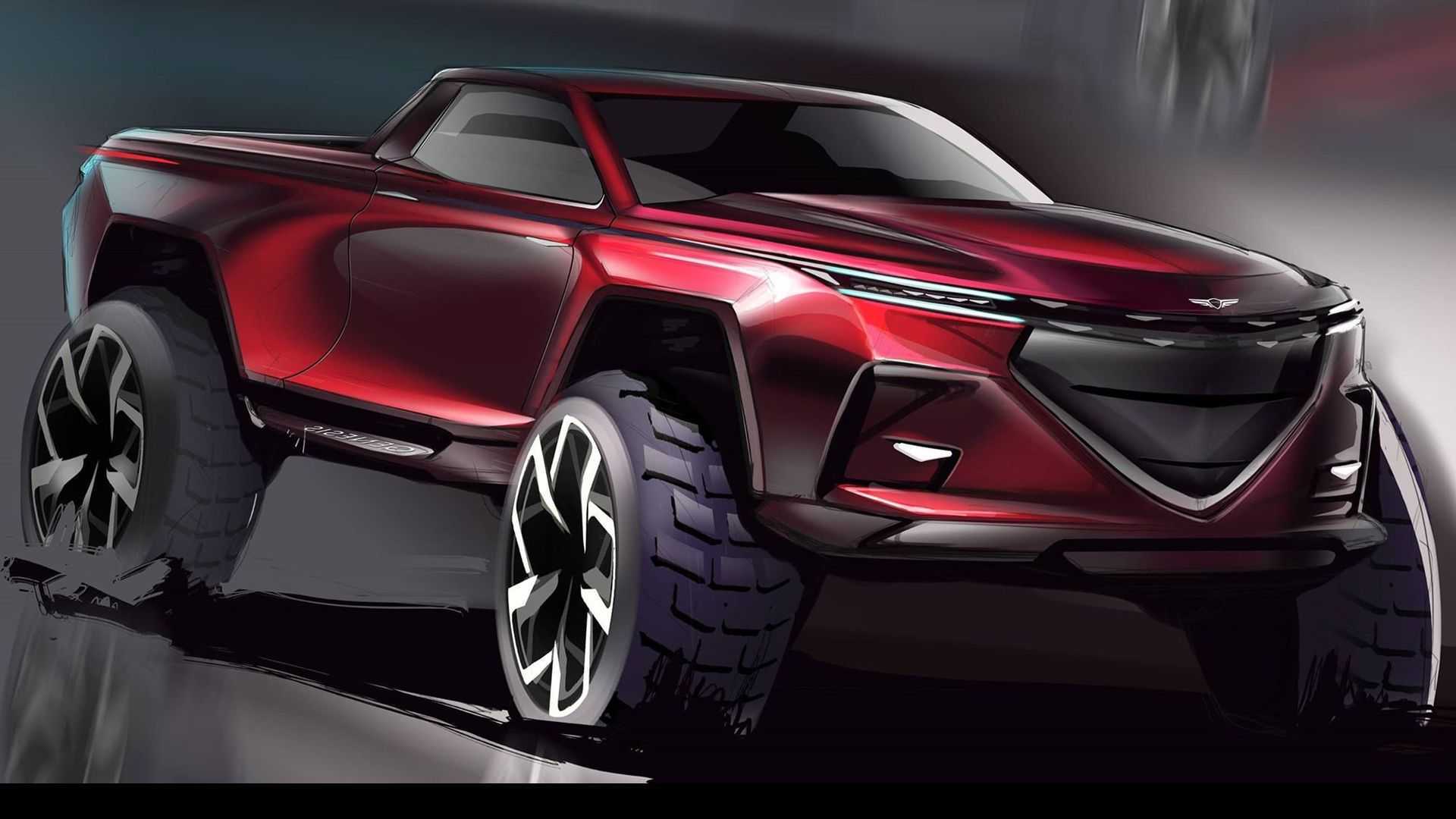 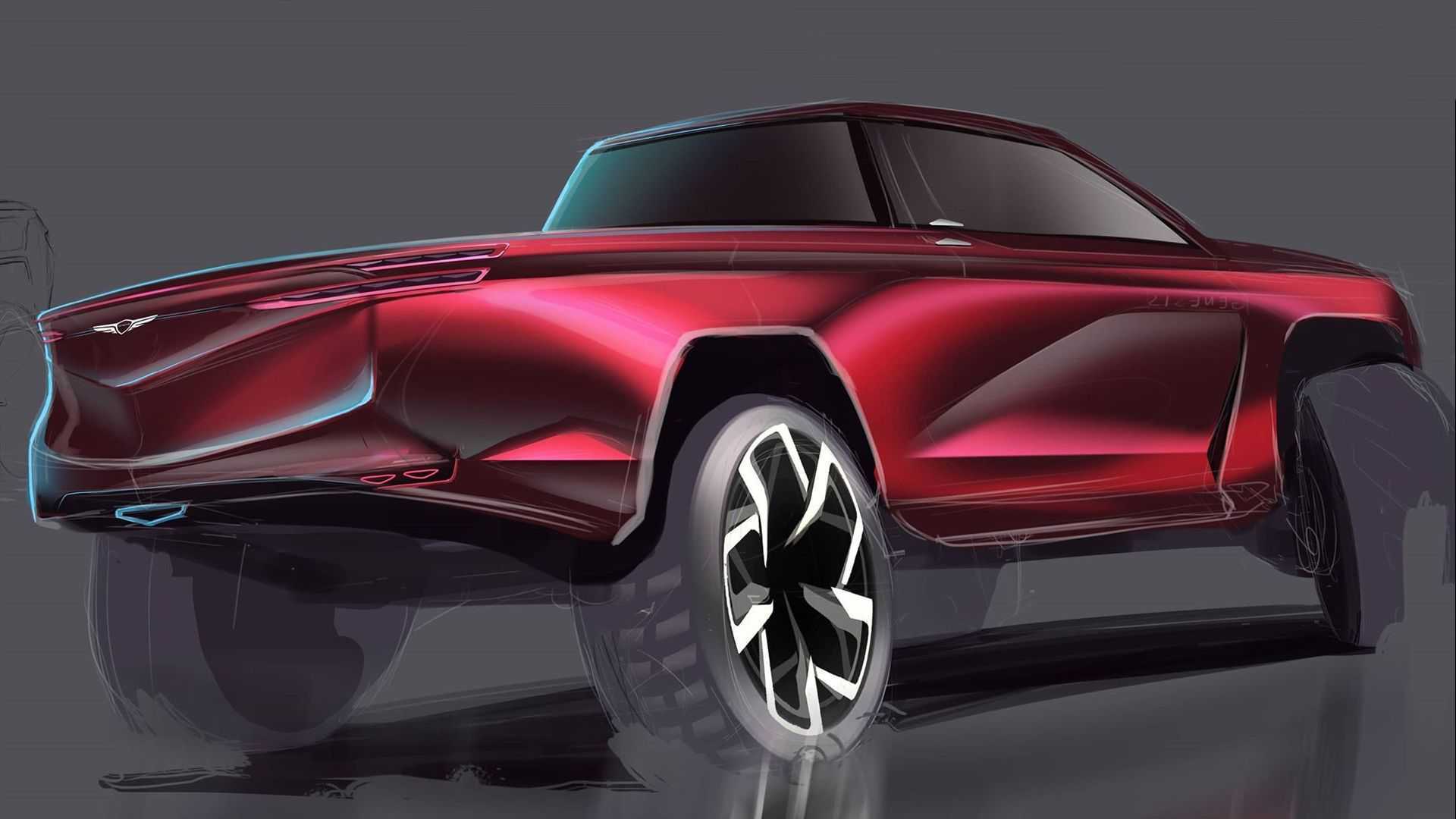 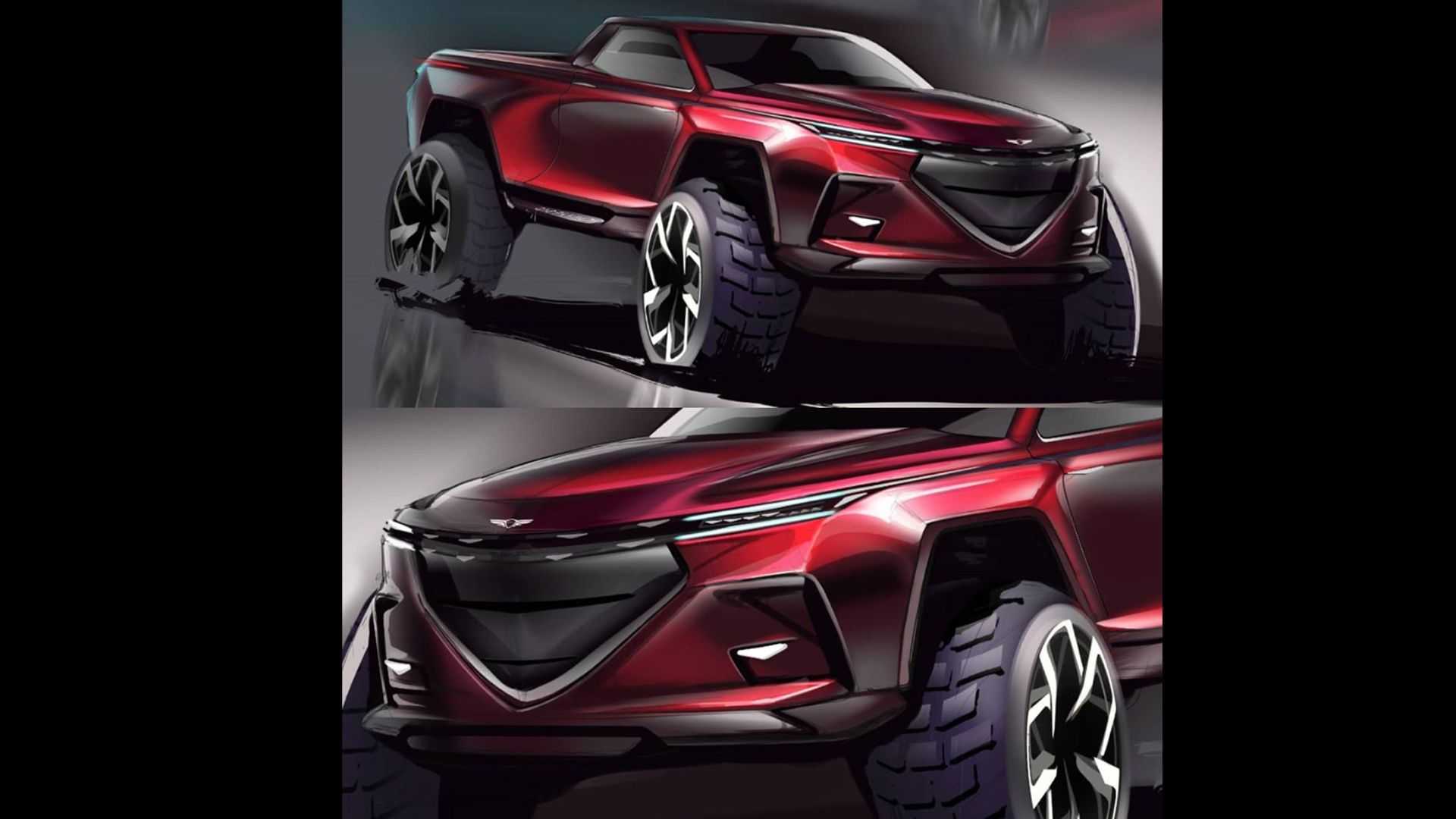 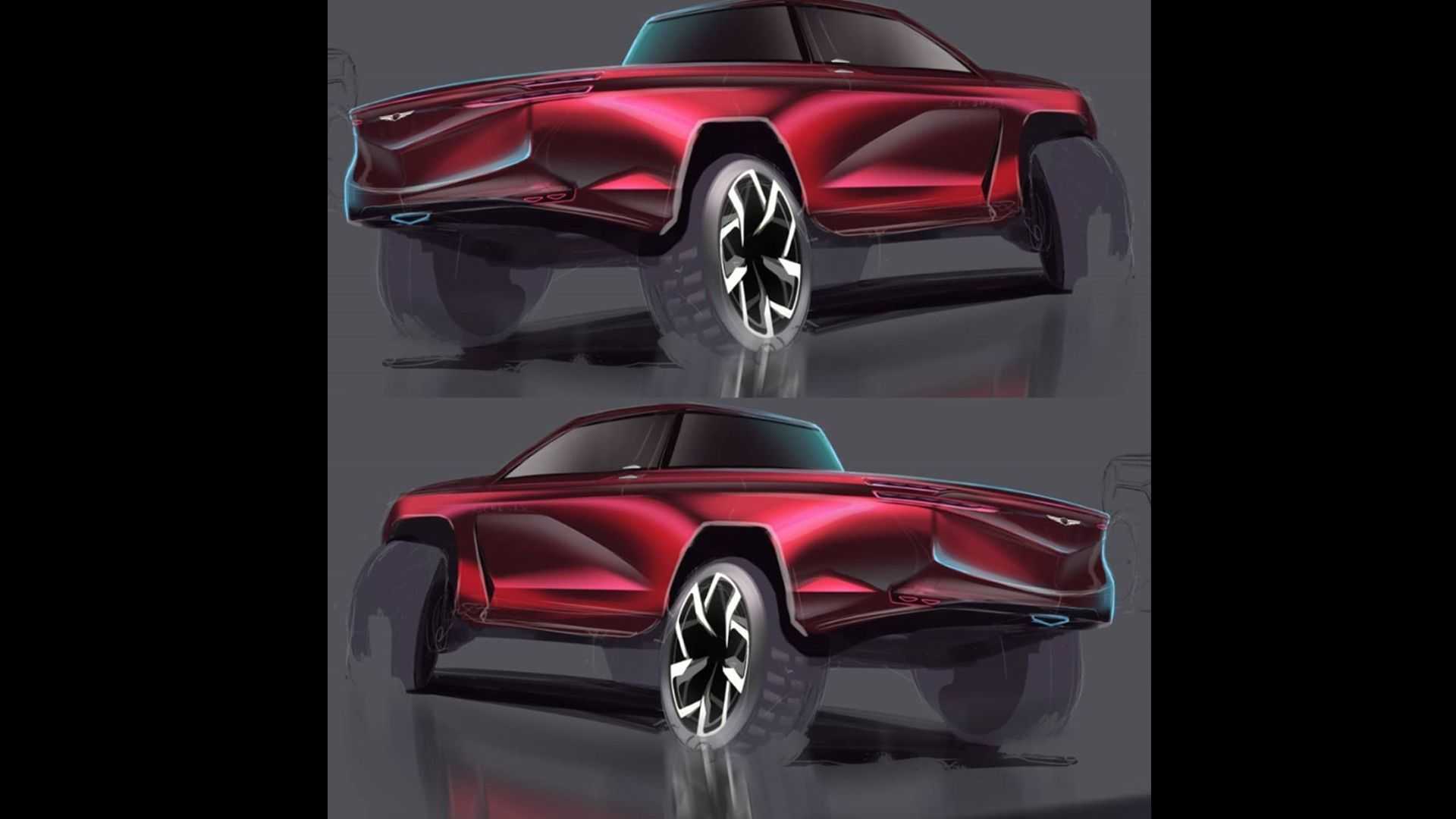 Would buyers go for a luxury truck, though? We know Ford, GM, and Ram sell gobs of pricey pickup trucks, but luxury isn’t really the driving force behind those purchases. And it’s not like the genre hasn’t been sampled before; just about everyone remembers the Lincoln Blackwood and the Cadillac Escalade EXT, and the fact that both are long out of production doesn’t bode well for visions of new luxury trucks in the States.

However, those vehicles came before the crazy-expensive shift in the pickup segment that now sees a Ram 1500 TRX exceeding $100,000. Buyers could be open to a more elegant truck than what’s currently available, and should Genesis decide to have a go at the market, it already has some trucking DNA to work with. Parent company Hyundai is working on its Santa Cruz pickup that starts production next year in Alabama.

A nip here and a tuck there could morph the Santa Cruz into a bold Genesis off-roader, but honestly, don’t hold your breath waiting for it.