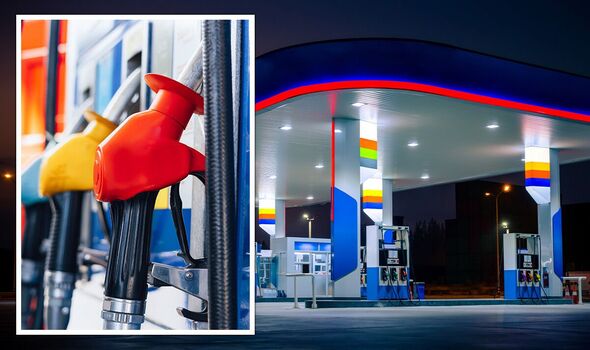 The latest RAC data shows that average petrol prices are around 150p, while some drivers are still dealing with high diesel costs currently standing at around 172p. The habit of filling up to a certain monetary value is decades old, dating back to when all transactions were done with cash.

That meant putting exactly £20 of fuel in the tank would see you simply handing over notes to the cashier instead of having to dig around in the glovebox to locate loose coins.

But with the vast majority of people now paying on credit or debit cards, and many using the common “pay at pump” facility, there’s much less need to hit a specific mark.

A thread on forum-hosting platform Reddit discussed the subject, with some revealing insights.

One user wrote: “I just fill the tank to the brim. However when I look around at other pumps, it seems like most other people do try and aim for a round number.

“I’d say around three in four pumps have one (or close to one). I don’t really understand why you would do that.”

Graham Conway, managing director at Select Car Leasing, said “topping off” is not the right answer when trying to make the most out of their money.

When trying to fill a tank, motorists could damage their car’s vapour recovery system.

He added: “Many people have a slightly obsessive compulsive side to their character, so it is understandable that they want to hit a nice round number.

“But with the majority now shunning cash for cards, and even phone-paying apps such as Apple Pay and Google Pay, there is less need to be so accurate.

“It also removes the frustration of carefully trying to get to a certain mark and the counter somehow ticking over by a penny – an experience most will have had at some point.”

Dorry Potter, car and scrappage expert for National Scrap Car, also warned that it is “a lot better” to fill up the car when refuelling.

She said: “When you are just topping up your fuel by a small amount each time the oil deposits and bad quality stuff which falls to the bottom of the fuel tank gets pumped around the vehicle for a prolonged period.

“This can cause damage to the fuel filter, which can lead to the fuel pump overheating and the engine clogging.

“The latter can be very dangerous as it could cause the engine to cut out while doing higher speeds, potentially leading to a fatal accident.

“At the very best it will land motorists with a hefty repair bill as new fuel pumps start at around £200 minus labour, and this can vary from car to car.”

The news comes after drivers across the UK were warned by the RAC about a specific car feature that could destroy fuel economy. The experts urged drivers to use cruise control in the right way.

Cruise control is a common feature of most modern cars and can help massively with boosting the fuel economy of the vehicle.

However, drivers are being warned that cruise control will only aid fuel efficiency when driving on a constant, flat surface.

This is why it is usually best reserved for motorway driving.

One of the best ways to save fuel is to drive at a constant speed, which is made easier with cruise control.

Drivers who use cruise control on non-flat roads may experience problems as it would be slower to react to gradient changes.

When reaching the brow of a hill, drivers would normally take their foot off the accelerator to maintain more of a constant speed when descending.

The technology will keep the power on for longer as it is unable to see the gradient change in front, which can lead to “worse fuel consumption”, the RAC states.