The raptor is a one-off special based on the second-generation Range Raptor. The vehicle will make its debut at Goodwood while reaffirming Ford’s long-term commitment to LQBTQ+ allyship.

A statement released by Ford read: “The appearance of ‘Very Gay Raptor’ at the event near Chichester, UK, will be used to further initiate important discussions and aimed at driving out discrimination in the automotive industry, and beyond.

“As part of this, Ford will be presenting live sessions of its new ‘Tough Talks’ series at Goodwood from the truck bed of ‘Very Gay Raptor’, hosted by Welsh rugby legend Gareth Thomas, the first openly gay rugby union player.”

The raptor was produced in 2021 after a negative comment was posted on social media.

As a result, Ford rendered its most well-known nameplate in sparkling gold adorned with rainbow graphics. 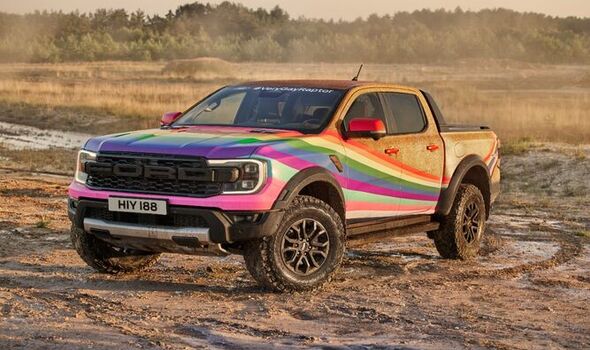 The positive response online was so overwhelming the manufacturer decided to make it real, and has been using it as a tool to help drive out discrimination ever since.

The Next-Gen Ranger Raptor, appearing for the first time as “Very Gay Raptor”, will make its European dynamic debut at Goodwood, tackling the challenging off-road track between runs up the famous hill.

Ford has not yet debuted the version of the latest Ranger for the United States.

The company confirmed, however, that it will do so in 2023.

Production of them will take place at the Michigan Assembly Plant in Wayne.

Other features that spectators can look forward to include the Electric Avenue.

The feature will showcase all things EV with cars presented by marques from all around the world. 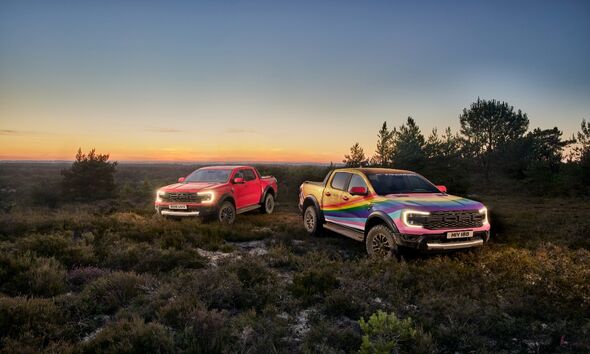 This will include well-known hatchbacks as well as electric supercars.

Spectators will also be able to enjoy a number of interactive features.

The exhibition will show off all the latest EVs as well as those that will be launched in the future.

Experts will also be available at hand to answer any burning questions about the state of electric motoring.

Festival organisers said that they will not reveal the exact details of the exhibition just yet but added that it will involve “city cars, saloons, SUVs, sportscars and hypercars – whatever kind of EV you’re interested in, you’ll be able to see it in Electric Avenue.”

The event will also play its part in spreading EV awareness.

The organisers said: “The Festival is the greatest celebration of motorsport, automotive culture and future tech there is, and as the UK moves towards a deadline of 2030 for the electrification of all new cars, showcasing and exploring an electric future has never been more important.”

Announcing the initiative, The Duke of Richmond said: “The Festival of Speed has always taken a defining position on cutting-edge technology and the future of mobility, and we have long championed electric, connected and autonomous vehicles.

I am delighted that ‘Electric Avenue – The Road to 2030’ presented by Sky Zero will enable visitors to explore the future of mobility for themselves.

“I am also immensely grateful to Sky Zero for joining us in this new venture and to our automotive partners for their continued support of the Festival of Speed.”