Ford’s latest tool will monitor the vehicle’s blind spots and can apply gentle counter-steering to prevent the car from turning into a potential collision. The tool is an upgrade on Ford’s current Blind Spot Information System which alerts drivers of cars within their proximity.

The Ford Kuga’s Blind Spot radar sensors can scan lanes for up to 28 metres behind while travelling between speeds of 40mph and 124mph.

These high speeds mean that drivers cannot get complacent on residential streets where the tool will not be able to steer away from hazards.

However, the tool has the potential to prevent thousands of accidents on some of the UK’s most dangerous roads. 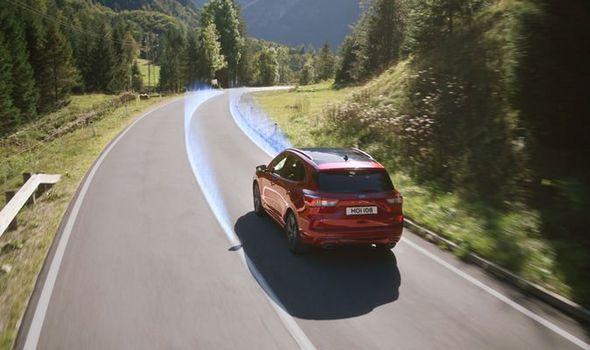 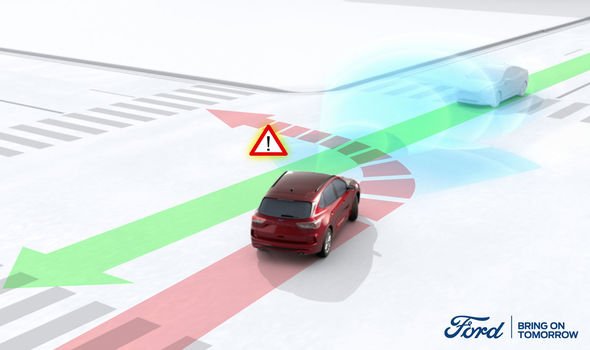 Glen Goold, Kuga chief programme enginee said the technology was like “having another pair of eyes”.

He revealed the tool can prevent “just a second’s lapse in judgement” in a major safety benefit to all road users.

Alongside the lane-keeping technology, the new models will also benefit from the new Intersection Assist tool.

This is a forward-facing camera combined with a radar device to monitor for potential collisions with oncoming vehicles.

The tool can automatically apply the brakes when travelling at up to 18mph to prevent the effects of a serious accident.

This could be vital when vehicles turn across the path of another car such as at a crossroad or mini-roundabout.

The Intersection Assist tool operates without the need to detect lane markings or kerbs meaning the tool could be key in car parks or workplaces.

One study found that more than one in ten severe accidents at European junctions involve cars colliding with other vehicles meaning the tool could bring massive safety benefits.

Mr Goold said: “Many drivers will at some point have been caught by surprise when another vehicle seemingly ‘appears out of nowher.

“Lane-Keeping System with Blind Spot Assist is like having an extra pair of eyes in the back of your head, helping prevent just a second’s lapse in judgement from escalating into something more serious.” 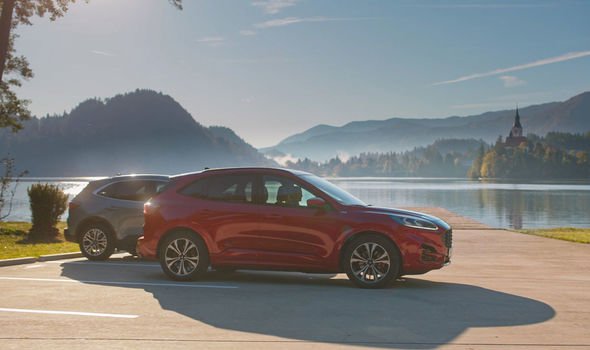 The model finished ahead of advanced electric models such as the Tesla Model 3 and the brand new Volvo V60.

Stuart Southgate, director of Safety Engineering at Ford of Europe says the tools would eure drivers could focus more clearly on the road.

He said: “For all the freedom and independence it gives us, driving on today’s busy roads can be a demanding and stressful experience.

“That’s why we designed technologies to take some of the strain from drivers and help them focus more clearly on the road.

“We worked hard to make Kuga’s assisted driving experience as intuitive, natural and engaging as possible, so that drivers would enjoy taking full advantage of the technologies available.”