Could some of these upgrades make it to production?

July 8 marks the beginning of the 2021 Goodwood Festival of Speed, and Polestar is there in a major way. Volvo’s electric brand threw all kinds of go-fast goodies and a few aesthetic changes at its high-riding Polestar 2, all with the intent to go up the famous hill as fast as possible. But could it be more than that?

We’ll address that question later, but first, here’s what you need to know about this tweaked 2. Its dual-motor electric drive now generates a combined 476 horsepower (350 kilowatts) for all four wheels to handle, representing a 68-hp (51-kW) bump over stock. The wheels are stretched further apart – 10 millimeters (0.4 inches) on each side to be exact – and it gets extended wheel arches to handle both the width and a wider set of 21-inch wheels. A pair of six-piston brakes from the Polestar 1 sit up front, and the entire car sits 25 mm (1 inch) lower on stiffer springs. 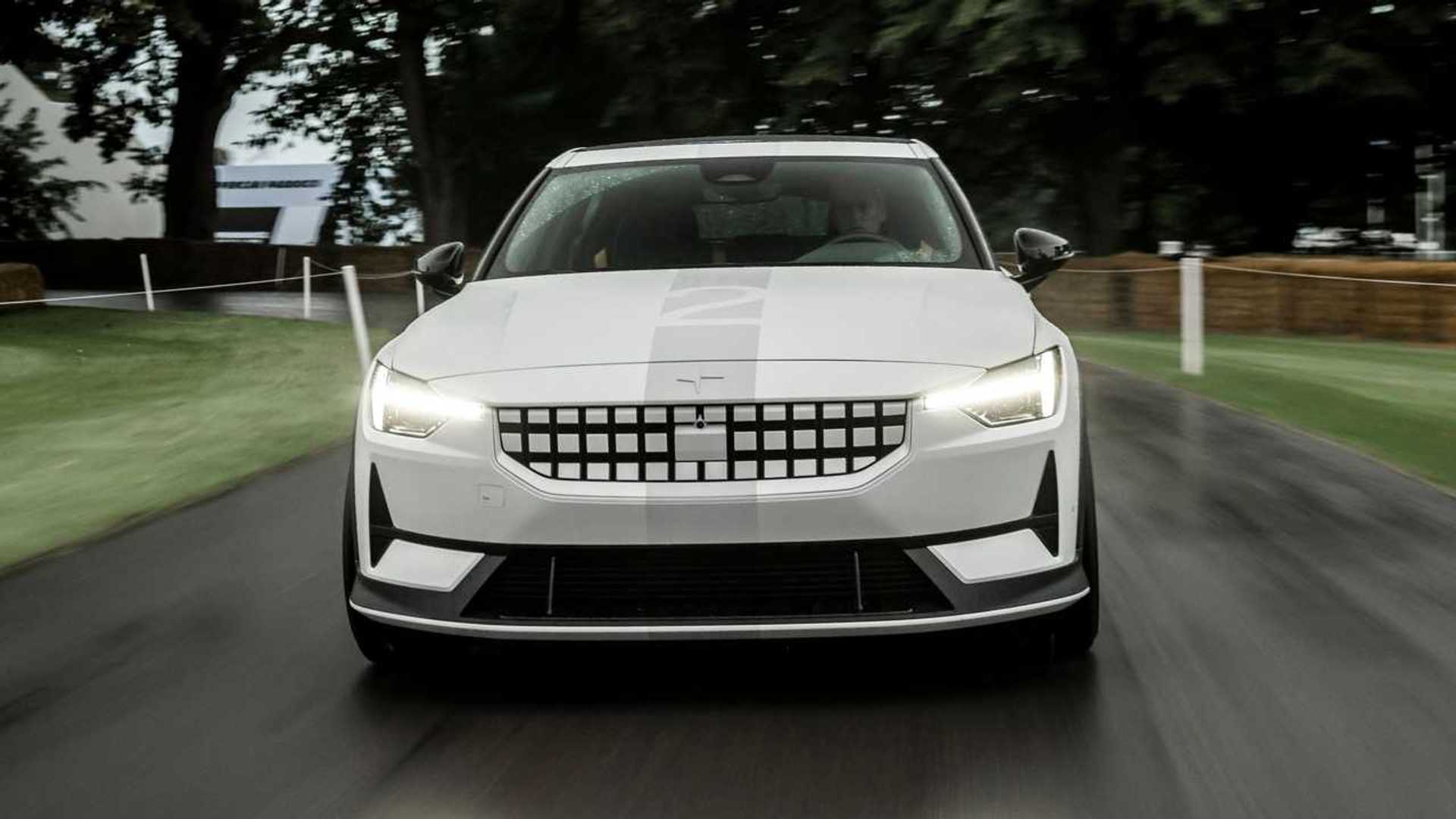 “This car is what happens when we are given freedom to go beyond our limits,” says Joakim Rydholm, Polestar Chief Chassis Engineer. “We already have such great handling and performance characteristics in Polestar 2, but when [Polestar CEO Thomas Ingenlath] asked me to make something special for Goodwood, I was really excited to up the stakes.”

Polestar’s press release suggests this experimental car is just a flight-of-fancy. That said, we can’t help but think Polestar executives will be watching public response to this modded model very closely. The power increase isn’t something extraordinary, and the fascia upgrades could easily tease a future facelift. It’s highly unlikely a production version would gain such a stiff suspension, but there’s no reason to think this Goodwood appearance is purely for the fun of it. If a production version of Polestar 2 shows up in the next year or two with some of these upgrades, we won’t be the least bit surprised.

The 2021 Goodwood Festival of Speed runs from July 8 through July 11.