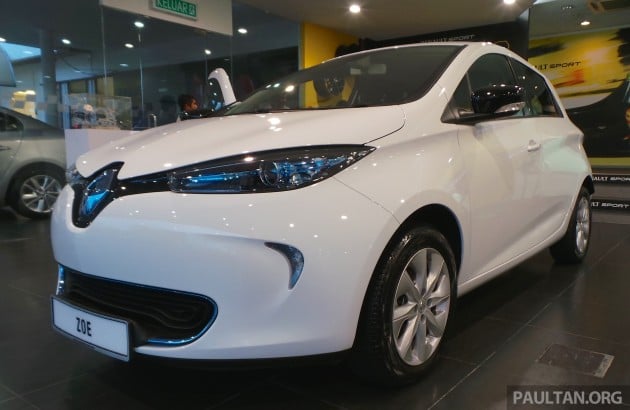 Concerns about battery life are common among motorists when the subject of electric vehicle ownership is raised. In the context of Malaysian vehicle owners, eight years is an often-cited duration before the drive battery for the electric – or hybrid – vehicle is thought to be in need of replacing.

Now, the Malaysian Electric Vehicle Owners Club (MyEVOC) has compiled data from owners of Renault Zoe EVs registered in 2014, denoting a period of operation that is in line with said duration of eight years, consisting of odometer and battery state-of-health (SOH) readings.

According to Shahrol Halmi of MyEVOC, the data was compiled by club member Zuhril Azhar as well as other owners of the Renault Zoe in Malaysia for the aforementioned collection of battery state-of-health information from percentage values drawn from each vehicle’s own battery management system. 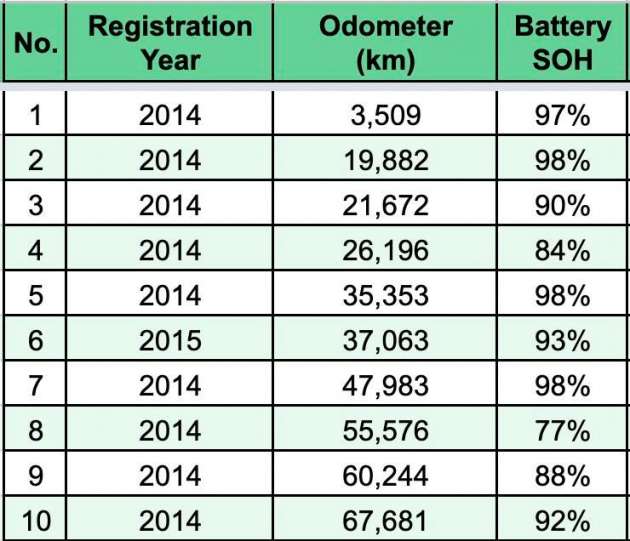 Of these vehicles, a notable outlier is car #8 which records a battery state-of-health reading of 77%, whereas all other readings are upwards of 84%. Car #8 represents the upper end of mileage accrued among these cars at 55,576 km, though on that note, car #7 that has accrued 47,983 km on its odometer is shown to have a battery SOH reading of 98%.

According to Shahrol, the relatively low battery SOH reading of 77% for car #8 could be due to its battery management system software that has yet to be updated.

The same was also discovered of car #10 with the highest mileage reading of 67,681 km, which suggests that its 92% battery SOH would also yield an improved reading after the update has been applied, Shahrol said in reply to a comment on the MyEVOC Facebook post.

What do you think, dear readers? Do these findings by MyEVOC put your minds art ease regarding the longevity of EV batteries? If you have been on the fence on EV ownership due to factors such as this, might this help you make the jump? Let us know in the comments section.