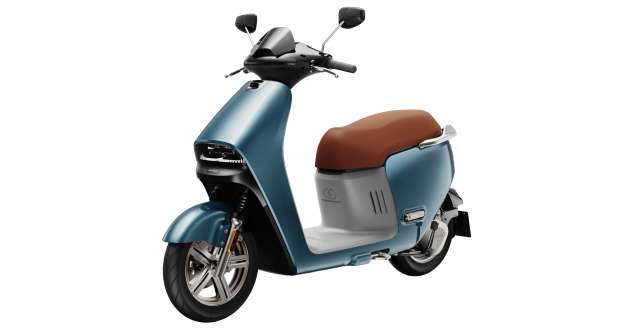 Automotive components manufacturer EP Manufacturing (EPMB) has received approval from Malaysia’s road transport department (JPJ) for the licensing and registration of the company’s first-ever two-wheeled electric vehicles, around one month after it had received conditional approval from the government for the construction of its first manufacturing plant, the company said in a statement.

This is for the production and sales of Blueshark electric two-wheelers in Malaysia, for which EP Blueshark received conditional approval from the ministry of international trade and industry (MITI) in July.

Citing a filing with Bursa Malaysia, EPMB stated that the JPJ has approved the vehicle type approval (VTA) for the Blueshark SG3000DT, also known as the Blueshark R1 under the Road Transport Act 1987, and the certificate for the VTA was issued to EP Blueshark, a wholly owned subsidiary under EPMB.

“With the VTA approval, we are one step closer to capturing the projected demand for two-wheeled EVs in Malaysia. Simultaneously, our partners in other ASEAN countries such as Indonesia, Singapore, Thailand and Vietnam have also applied for the equivalent VTA for the Blueshark R1 in their respective countries, and this will complement EPMB’s manufacturing activities,” said EPMB executive chairman Hamidon Abdullah.

The conditional approval received by EPMB in July is for the assembly, manufacture and distribution of Blueshark-branded electric scooters in Malaysia, and the company will eventually export the assembled products to other Southeast Asian markets where there is strong, growing demand for two-wheelers, the company said.

The Blueshark R1 is powered by new-generation portable and swappable lithium-ion batteries, and these can be exchanged for fully charged units at battery swap stations when depleted; the batteries can also be charged at home via charging docks. The Blueshark R1 packs two 1,440 Wh batteries offering up to 160 km of range at 25 km/h.

Blueshark R1 in white and black – click to enlarge

Weighing 92 kg without batteries, the Blueshark R1 has a payload rating of 200 kg and a seat height of 760 mm, and features linked front and rear disc brakes.

Touted as the first electric two-wheeler with an operating system, the Blueshark R1 features a starter system with a fingerprint sensor and a keyless unlocking system for its underseat compartment, and a total of 74 sensors feature on the electric scooter. Front and rear cameras record its journeys, while rear-facing ultrasonic sensors monitor the R1’s distance from other vehicles around it.