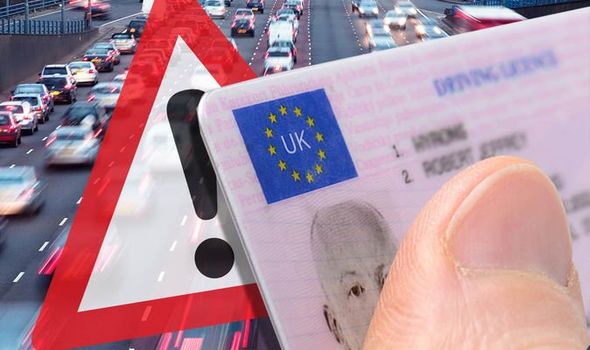 The reason for this is that licences contain a lot of personal and sensitive information which could put you at risk of identity theft.

This includes your full name, address, and date of birth.

In addition to this, drivers are also being warned not to post the vehicle’s registration mark and Vehicle Identification Number (VIN) if they are selling their vehicle to a private buyer.

The car’s V5C logbook should also not be shared online as it contains the cars Vehicle Identification Number (VIN).

While you are unlikely to post a V5C online, you may post it in a car advert if you are selling a used car online.

The DVLA tweeted: “It said: “Be careful online – don’t share photos of your driving licence or your vehicle documents on social media or selling sites. Scammers can use this for identity theft.”

Allowing criminals access to this information could see your car cloned. Cloned cars adopt the identity of another similar car which has been salvaged or stolen.

A cloned car puts the victim at risk of having to pay for fines and offence which have nothing to do with them because a car is wearing its number plates.