In a tweet issued yesterday afternoon, the DVSA warned hauliers risked the heavy charge if they failed to follow a new contraflow lane. The contraflow system has been put into place to help manage freight heading to the Port of Dover just a week after coronavirus concerns caused gridlock at the border.

A statement online said: “Hauliers: don’t risk a fine on the M20. Junction eight-nine contraflow is active for HGVs.

“Please follow the signed routes for Port of Dover and Eurotunnel to avoid a £300 fixed penalty notice.”

It means HGV drivers must receive a negative coronavirus test before they will be allowed entry to the continent. 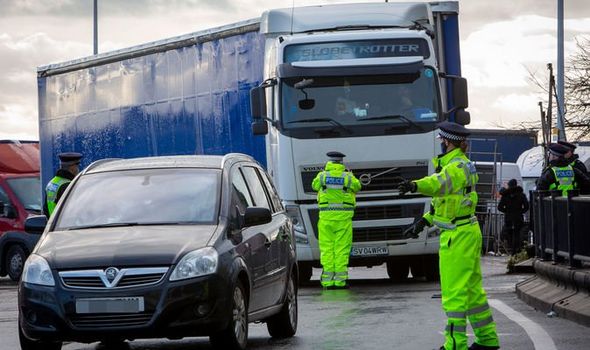 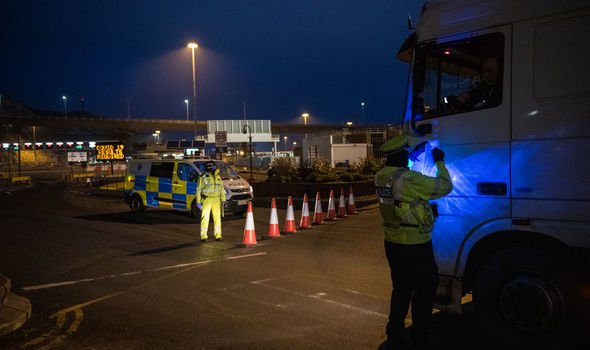 Operation Brock opens up more of the road network as it means traffic can continue to move in both directions on the road.

The moveable barrier was recently tested and is part of a series of measures introduced to reduce the effect of cross-channel disruption.

In a further statement online, Highways England warned HGV’s heading for the Port of Dover should follow the signs heading to Kent and leave the M20 at junction  seven.

Drivers must then go to Manston Airport where they will then be released to the port for departure.

HGV’s hoping to use the Eurotunnel should continue down the M20 and leave the motorway at junction eight.

Highways England says COVID testing facilities are available at Manston Airport but have urged drivers to arrive in Kent already with a negative result.

The Department for Transport (DfT) has also urged drivers to ensure they have received a negative result before travelling.

A statement said: “Thanks to the support of the army, the backlog of HGVs in Kent has been cleared and hauliers making their way to Dover and the Eurotunnel continue to be tested swiftly and safely.

“We strongly urge HGV drivers heading to the Port of Dover ensure they have a negative covid test before travelling to Kent.”

It was reported many lorry drivers had been handed out parking tickets for stopping in Kent laybys at the height of the crisis.

Enforcement agents from Folkestone and Hythe Council issued the fines despite many drivers being unable to move.

Drivers were said to be furious with the decision and vowed not to pay the penalties. 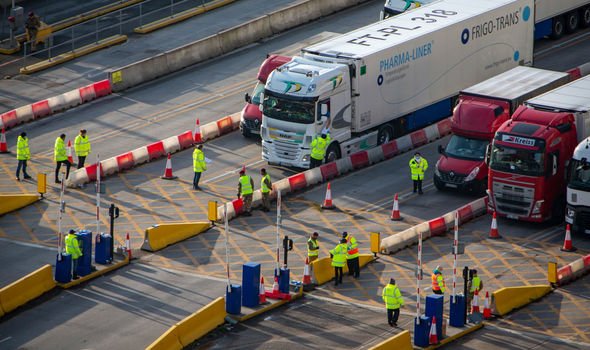 However, the council stood by the decision adding HGV drivers should be using “official lottery parks” instead of laybys.

They confirmed enforcement teams will continue to patrol areas to encourage lorries to follow the official process.

They said: “There are official lorry parks which should be used by drivers rather than coming off the designated routes and parking illegally in areas that were never designed for such use

“Whilst the current situation might seem unusual, local residents have endured unpleasant impacts whenever there is cross channel disruption.”