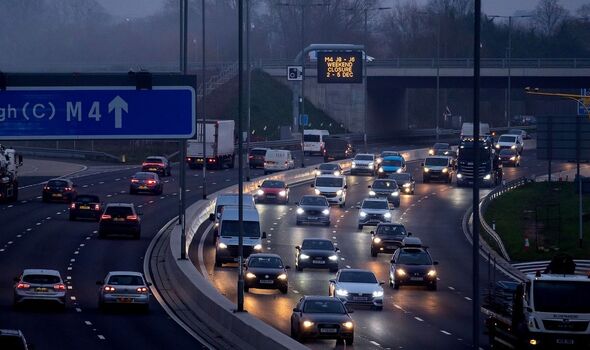 Warnings have been issued for Christmas with UK drivers expected to make up to 20 million trips over the period.

Watchdogs forecast traffic will build steadily from Monday before peaking on both Friday and Saturday, Christmas Eve.

Now the RAC have revealed that cost-of-living-battered motorists are being “heartlessly overcharged” with the average price per litre of petrol around 153p, with diesel at 176p.

The sky-high fuel costs will see millions of motorists this week forking out an extra £20 for filling a typical 55-litre family car with petrol and an extra £31 for diesel compared to two years ago, the RAC has confirmed.

The organisation is quick to highlight the wholesale price of petrol is actually the same as 12 months ago, while diesel is just 14p more per litre.

The motoring organisation also noted that the Government’s 5p per litre cut in fuel duty introduced in March also remains in place. It says the average price of litres of petrol and diesel should be cut by around 15p and 13p respectively.

RAC fuel spokesman Simon Williams said: “With the cost of living crisis making this one of the toughest Christmases on record, it is even more galling to know drivers are being heartlessly overcharged for fuel.

“The big four supermarkets, which dominate UK fuel retailing, have robustly refused to significantly lower their forecourt prices to reflect what’s happened with the substantial reduction in the price of wholesale fuel. We now have a bizarre situation where many smaller independent retailers are charging far less.”

Fears Prime Minister Rishi Sunak may agree to a crippling 12p fuel duty rise in March 2023 to rake in over £5bn into Treasury coffers. If the move goes through the increase at the pump would be around 12p per litre.