He has warned drivers are stuck between a “rock and a hard place” and could be penalised for hitting a pothole or swerving to avoid it. Mr Freeman has warned crashing while trying to avoid a pothole would see drivers charged.

However, local authorities would also be likely to “refute” any claim for damages if they stayed on their course and damaged their car by hitting the hole.

The lawyer has called for new “clear guidance” to be issued over what drivers are supposed to do when travelling on a badly maintained road.

He said: “Swerving to avoid a pothole won’t afford you a defence in court if you have an accident.

“You will be criminally liable. And there’s a fair chance you’ll be charged with anything from driving without due care – to a more serious offence depending on the consequences. 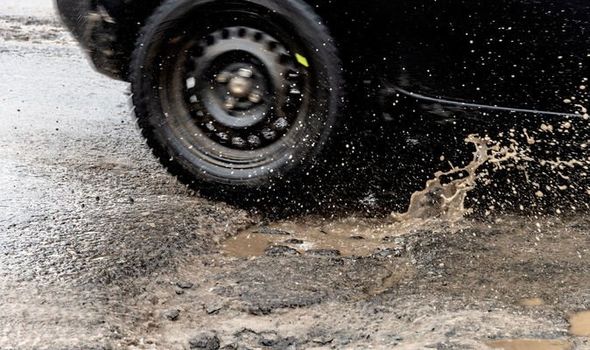 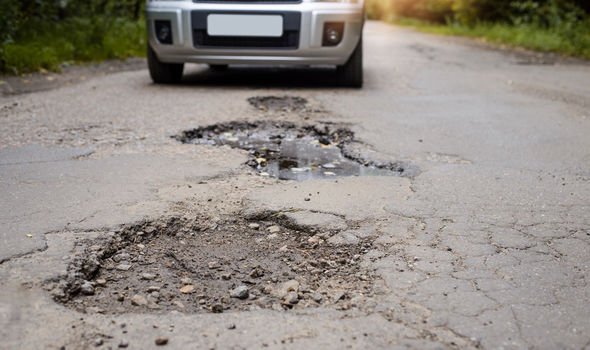 “Conversely, if you drive over a pothole and damage your car, the local authority will more than likely refute any civil claim for damages – arguing that the driver should have been more careful.

“So, the motorist is caught between a rock and a hard place.

“That’s why the Government needs to give clear guidance – through the law – over what a motorist is supposed to do, so that the already beleaguered driver is exculpated and no longer responsible from a criminal or civil perspective.

“Put simply there should be a special defence to cater for the parlous state of our roads – which the motorist is not responsible for. ”

In the first three months of 2021, the RAC has received nearly 5,000 call outs for vehicles damaged by potholes.

Almost three times as many cars were damaged when compared to the first three months of 2020.

The Local Government Association has previously claimed it would take up to 14 years to clear the backlog of damage on UK roads.

However, Mr Freeman has hit back at councils for not repairing roads during the lockdowns last year.

He said local authorities should have “seized the opportunity” to repair the road which would affect cyclists and e-scooters just as much as road cars.

He said the level of potholes was “hardly ideal for road safety” and pushed for new legislation to immediately be introduced.

Mr Freeman claimed this would help drivers understand how to manage this “ridiculous situation” on UK roads.

He added: “Trying to navigate some roads is very much like playing British Bulldog –a lot of dodging and swerving. Hardly ideal for road safety. 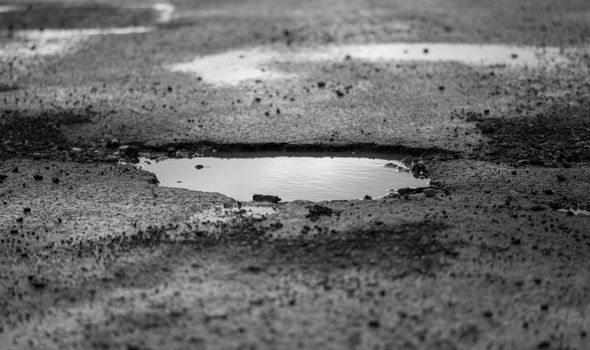 “Drivers need to be emboldened when faced with the dilemma of what to do when confronted with a pothole.

“Current options of either swerving to avoid or driving over them are both unpalatable.

“There needs to be legislation to specify how the motorist should tackle this ridiculous situation.

“It seems manifestly unfair that motorists, through no fault of their own, are placed in such a perilous position.”