Anyone remotely interested in Porsche knows the 993-era 911 is a hot commodity in the car world. Spanning a good portion of the 1990s, it’s regarded as the pinnacle of air-cooled 911 development and performance. That’s because it’s the last air-cooled generation, and in recent years, values of all 993 trims have increased significantly. Factor in some Hollywood star power, and you get a 1997 911 Turbo selling for almost half a million dollars.

In this instance, the star power is extreme. Denzel Washington has won multiple awards in his near half-century career, including two Oscars. Apparently, he also loves the 911 because this auction listing at Bring a Trailer states he bought the car brand new in 1997. He’s shown as the only owner in the 911’s 25-year history, and it hasn’t merely sat in a collection that entire time. An image of the dash shows 18,145 miles on the odometer – certainly not much but it suggests the car was enjoyed for the performance icon it is. 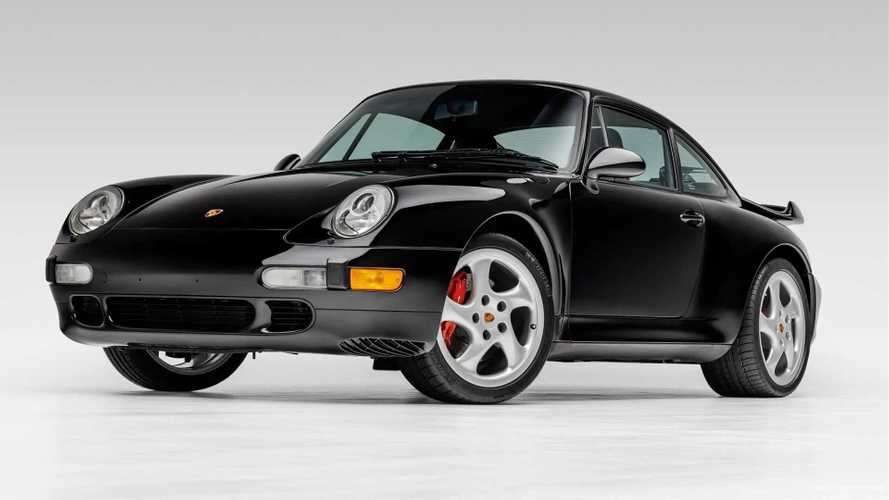 That’s further supported by the video at the top of this article, showcasing the 911 getting a very thorough detail job. Minor road grime underneath and swirls in the finish are commonplace for well-kept vehicles that are driven, but with everything cleaned up, the black Turbo looks stunning. The photo gallery in the auction listing features over 100 images from all angles, including the interior as well as the all-wheel-drive undercarriage.

With over 400 horsepower and a six-speed manual sending power to all four wheels, the 993-generation 911 Turbo was a benchmark sports car in the mid-to-late 1990s. In the years since, it’s become arguably the most sought-after Porsche 911 generation of them all.