The model was fully restored in 2009 before the model was first imported to the UK in 2011. The model comes complete with a rare manual gearbox and just 53,000 miles on the clock from new.

Car and Classic says the model is the “most sought after” version of the rare Thunderbird making it an “ideal car” for the summer.

They said: “To say that the Thunderbird is an icon is to understate things.

“Ford produced eleven generations of the T-Bird, with ten of them in an unbroken 40-year run.

“This though is the original, and the most sought-after version of the original at that – and this big, red, V8 convertible would be an ideal car to enjoy the coming summer months.” 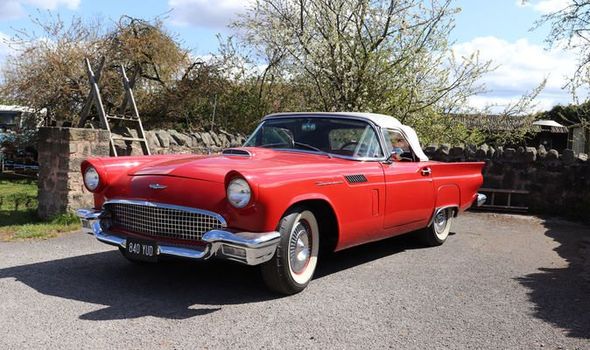 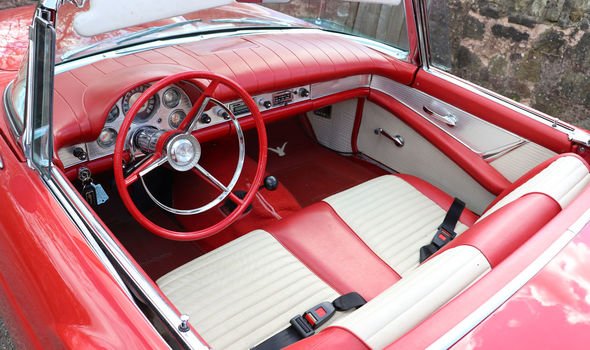 The first generation T-Bird model was only produced for three years between 1955 and 1957.

The Thunderbird comes complete in a Flame Red design with Car and Classic noting the car looks to be in “Excellent condition”.

The model has been stored under covers and indoors to maintain the quality of the model’s finish.

However, Car and Classic warns the car’s restoration did come over a decade ago and small chips and cracks are visible in places.

The model’s plastic rear screen has also cracked but the experts warn this is quite a common issue for Thunderbird vehicles.

Car and Classic say the car’s interior is “beyond beautiful” with a classic 1950s American look still in place.

Designed with an American diner feel, the interior is unmarked and in solid condition.

The car comes fitted with a huge boot in the back with a spare wheel included in case of any emergencies.

Mechanically, Cat and Classic says the car “exhibits no signs of malaise” and will fire up without any issues.

They said: “This Thunderbird sports the larger of the two engines available, which is a 312ci – that’s 5.1 litres – Y-Block V8.

“There were three options available at the time, and this is the regular model without the quad Holley carbs or supercharger. That’s still good for some 245hp though. 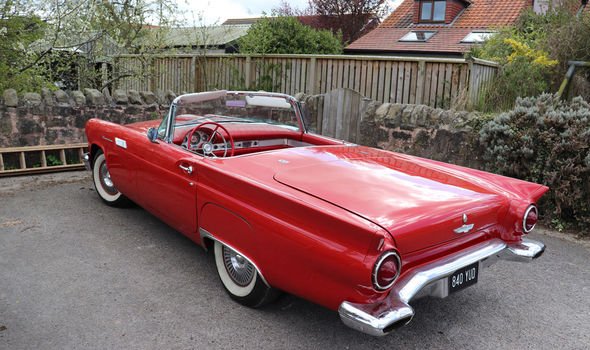 “It fires up without any bother, settling into a wonderful V8 idle, and has no bother revving up.

“Unusually, it’s paired to a manual gearbox, and there’s no trouble engaging the forward or reverse gears as far as we can tell.

“In fact the car exhibits no signs of any mechanical malaise, with no untoward noises from suspension or brakes – just the great sound of a V8.”

The car’s current bid stands at £15,000 but the vehicle’s reserve has yet to be met.

However, time is of the essence with the vehicle’s auction set to end at 8pm tonight.