Citroen used to be known for its bold and often just plain weird designs, a trait which it all but lost in the last two decades. But the automaker’s latest production models are rekindling some of the past craziness, as does this new study called the Citroen Oli Concept, whose vertical windscreen makes it look like a mini-GMC Hummer EV.

The Oli concept isn’t designed to go off-road, though, even though it does have off-roader-inspired design. Think of it like a vehicle that is one step above the Ami, in that the key considerations while this was being designed were to keep it light, small, simple, affordable and also to make it out of as many recycled materials as possible. 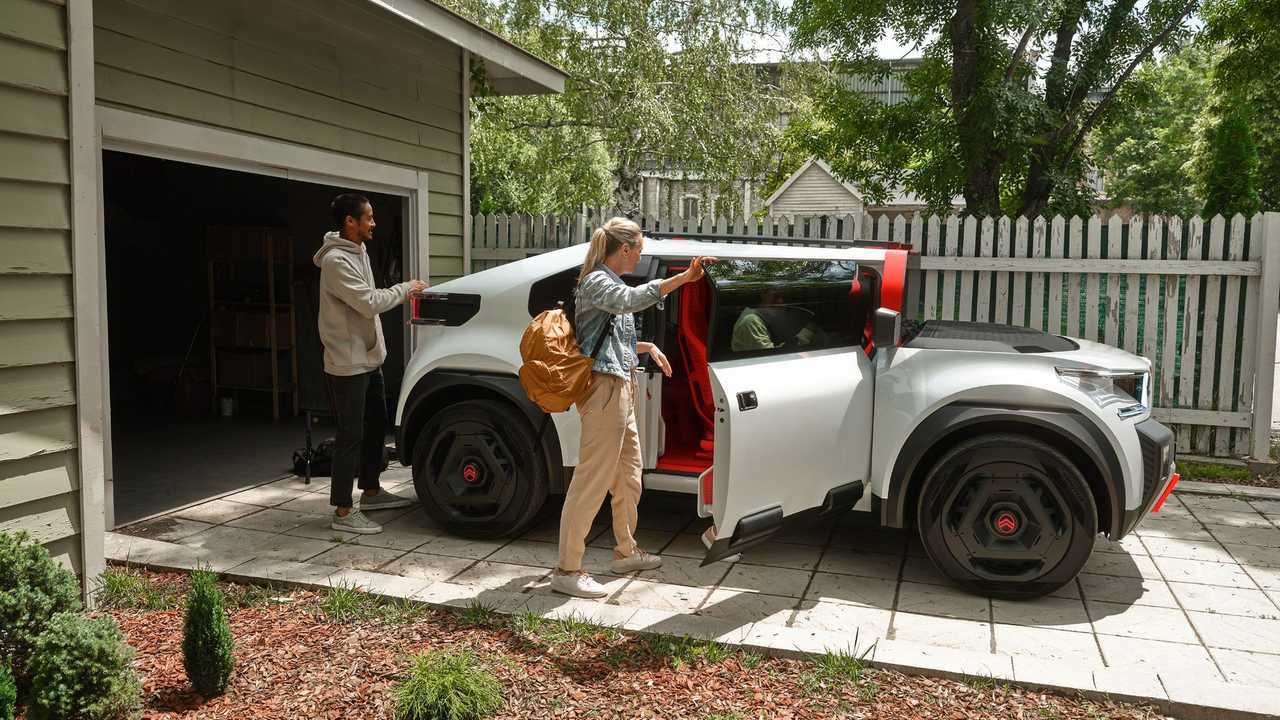 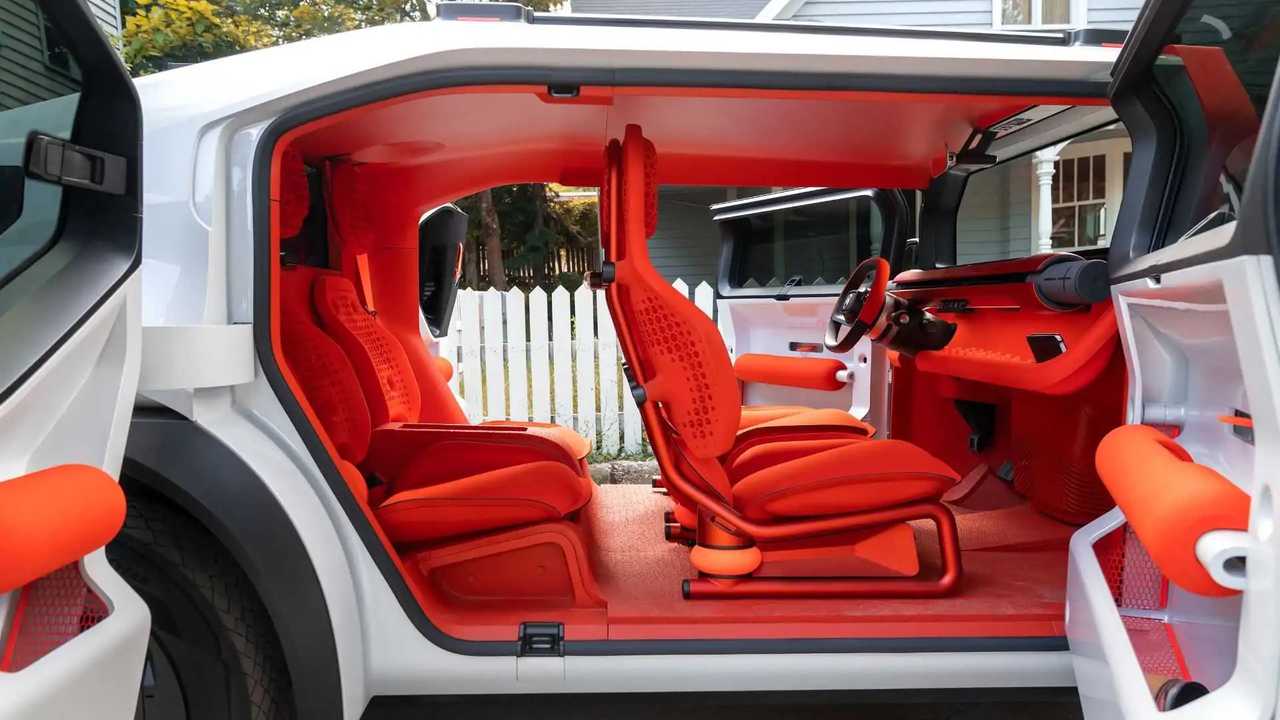 But in spite of the fact that it was designed to be small and cheap, Citroen certainly hasn’t shied from giving it very bold design. The upright windscreen is the first thing you notice, as well as the squared off design, but the headlights are also quite bold (and they even feature a small intake), as are the curved side windows and the B-pillar area where the quarterlight is taller than the actual window.

And as you probably imagined, the curved side glass doesn’t actually slide into the door when you want to let some air into the vehicle. They actually pop out instead and are hinged on top. According to Citroën’s design boss, Pierre Leclercq,

You could argue a vertical screen is less aerodynamic, but we don’t expect people to drive this kind of vehicle at 200 km/h. We see it being most useful in urban and suburban areas where people reduce speed and are aware of the environmental and safety aspects of everyday mobility.

Inside, the design is on par with the exterior for boldness, but you do start to notice it was designed to a cost, as it doesn’t have any screens. Citroen considers that the Oli doesn’t need to have its own screens, as you can just use your own smartphone that gets its own dock in the middle of the single-piece dashboard. It also lacks buttons, with just five toggle switches on the center console and a single small joystick on the steering wheel.

It all looks quite minimalist and basic, but according to Leclercq, Citroen

Wanted to use only the amount of materials we really needed, so we have ruthlessly pursued the objective of putting the right resources where they are required, and limiting the impact of the use of those resources.

There’s a purity that Citroën has always been about that other brands don’t have, and it is much more challenging to design an object that is pure but unique than it is to create something overcomplicated and make it unique.

The Oli concept is more than just a simple design exercise, though. Citroen says it has a 40 kWh battery pack that thanks to its low weight of under 1,000 kg (2,200 pounds) can take it up to 400 km (258 miles) on one charge. This is achieved thanks to a very low electricity consumption of 10 kWh/100 km, or around 6.2 miles/kWh, which is achieved mainly thanks to its lightness.

Top speed is limited to 110 km/h (68 mph) in order to not compromise the efficiency.

Citroen doesn’t even call the Oli a car, stating that it’s actually “a multi-purpose everyday extension to your life that is as useful when you aren’t driving it as when you are.” By saying this, the manufacturer is drawing attention to the practical pickup-like body style (with a covered mini-bed in the back) as well as the EV’s vehicle-to-grid charging capability.

The automaker doesn’t plan on putting this concept into production, although it will inspire future models. Furthermore, it also shows Citroen’s desire to create simple, resource-light vehicles, so there’s a strong chance that the company will introduce more Ami-like models in the future.