Mark Heidaker and Kevin Kesterson run M2K Motorsports, “the shop that is known for speed.” In the world of high-speed standing mile cars, no one has been faster, as their 2006 Ford GT was the first piston powered car to break the 300-mph barrier. 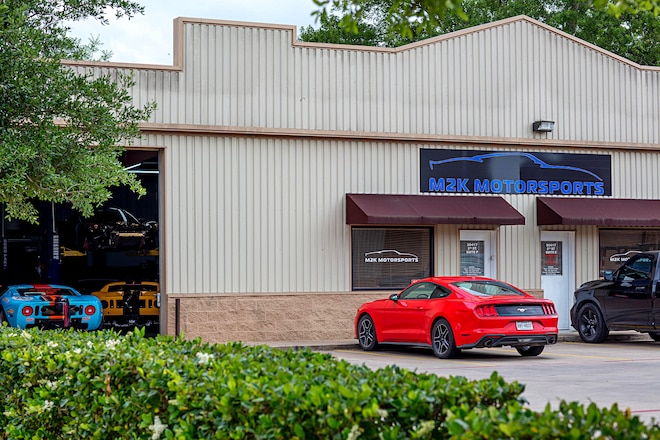 After moving their car from Hennessey in 2013, they needed a place to work on their racing venture. For one race, they worked out of Heidaker’s home garage at his house, before deciding to find a shop where they could store and work on the Ford GT. 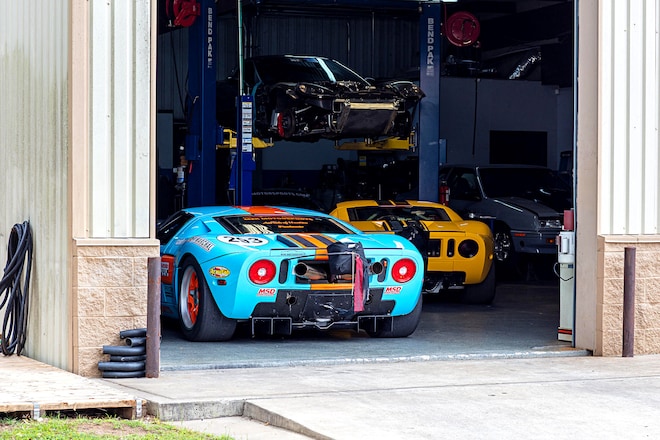 At first, the shop was just for them- it was a literally a garage away from their homes- but as their on-track successes grew, friends started asking if they could also work on their cars. Still, the shop was unofficial. Kesterson, who still worked at Hennessey, began spending his free time at the unofficial garage, working there after work and on weekends. However, as it started to become so too busy to manage both, he quit his day job so that he could dedicate all of his time to the shop. The two men officially founded M2K Motorpsorts (M2K) in 2014. The shop’s name is a mashup of both Heidaker and Kesterson’s names. 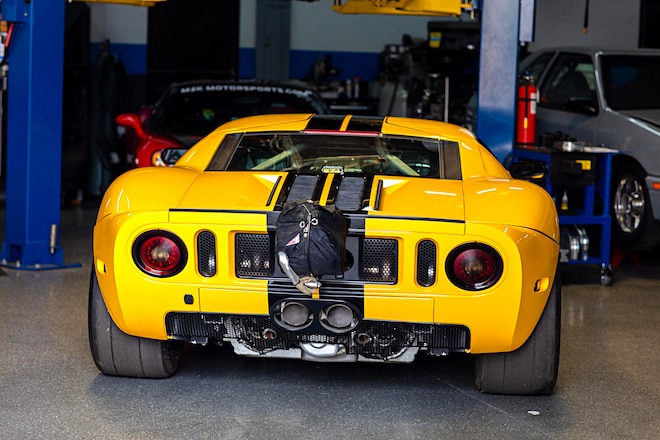 In Texas, with the standing mile becoming one of the premier racing venues, many people are looking for a shop that can build them a dedicated standing mile car. The standing mile requires a car that blends an incredibly powerful engine with a well dampened suspension, and precision engine tuning in order to be successful. M2K has proven that they’ve figured out that calculation, as they have been the fastest for years. 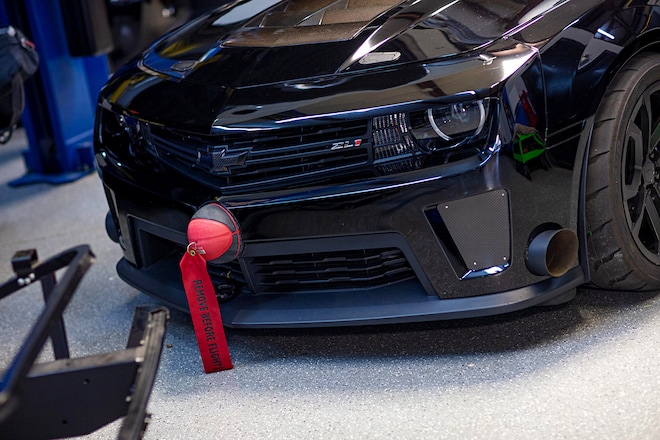 M2K has been tapped by many customers to spearhead their dedicated standing mile cars. They have Vipers, Corvettes, Mustangs, and a sinister looking Camaro with a basketball sized turbo in its front bumper that’s nicknamed “EvilZL1.” That car is attempting to be the fastest Camaro in the standing mile. 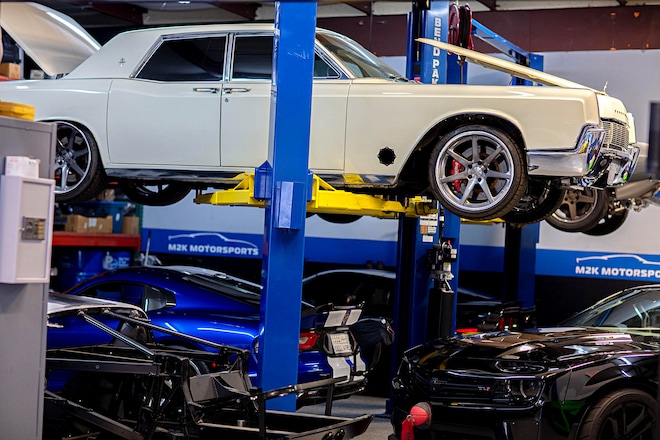 Despite being the standing mile gurus, they regularly build customer project cars and high horsepower street builds as well. In Texas, the land of oil riches, Kesterson says that “a standard Texas street car has 1,000hp.” So as people buy cars, they usually want to add power to keep up with the Joneses, so they come asking for him to build them a custom turbo kit to allow them to stand out from the crowd. 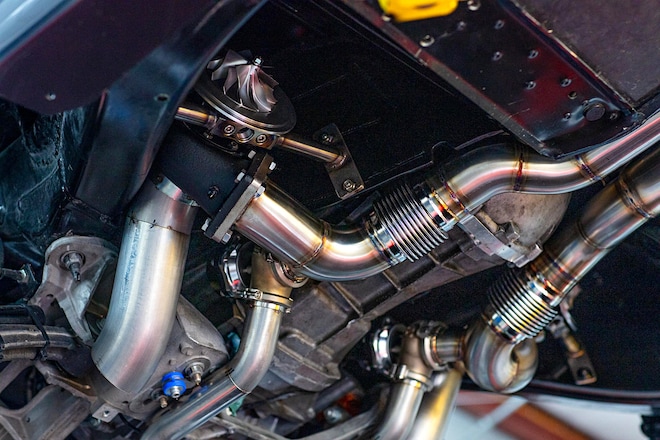 He is a master fabricator who routinely designs power adder kits, using only custom 321 stainless steel tubing that is TIG welded. For some builds, Kesterson even uses Titanium tubing form Ticon Industries. 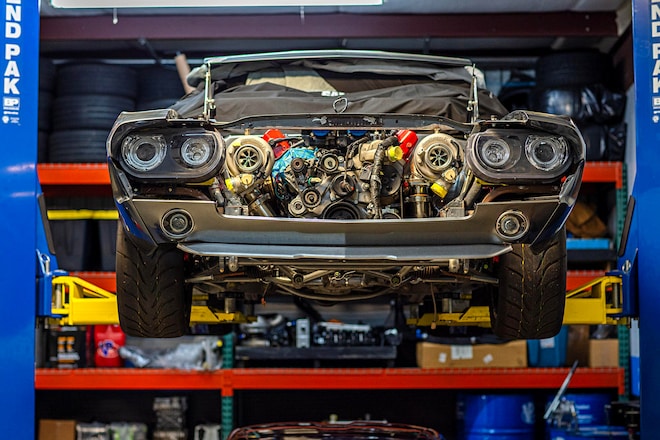 With connections with Precision Turbo, Motec ECUs, he hands back people their cars with 1,500hp and more. He says that sometimes, he tries talking people out of that if they’ve never had a car with that type of horsepower before, and he has said that some customers have come back and asked him to detune their cars because they were too fierce- clearly, be careful what you ask for.

During the shop visit, there were two Pro Touring cars a 1967 Lincoln Continental with a turbocharged Ford 5.0L Coyote  and an old-meets-new mashup 1970 Dodge Challenger that has a twin turbo Viper engine. The Challenger’s body been massaged to include the new style headlights, taillights, and other design cues. For these cars, most of the work was completed by other shops. Kesterson is building an exhaust for the Lincoln, and the Challenger getting a custom turbo kit and a Motec ECU. 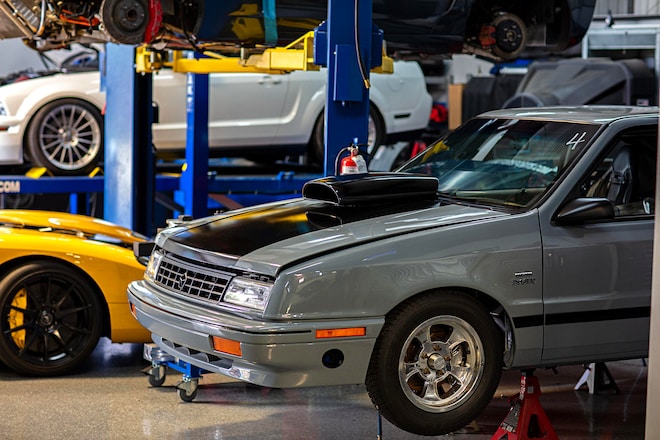 A shop that works on this caliber of cars might appear to only cater to the high-end market, but that is not true. Some cusotomers bring their mostly-complete home builds to be finished. There is a 1992 Dodge Duster drag car that a customer built on his own, before letting M2K stuff a Hellcat engine into it. They also tune local cars and do more simple bolt-on jobs. They have their own dyno, where they were tuning a customer’s 2005 GT500 who just installed a smaller supercharger pulley and other modifications. 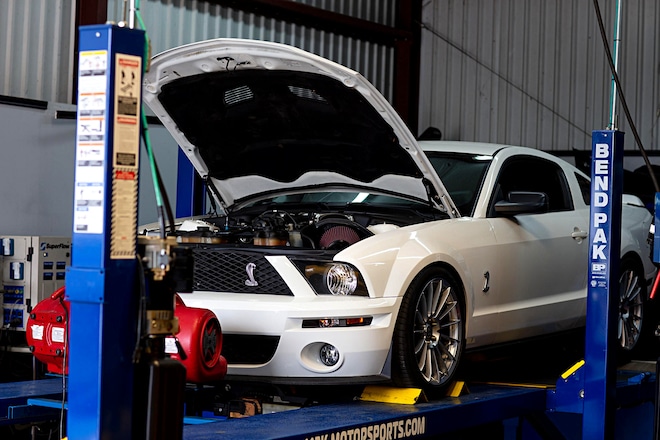 The notoriety of their standing-mile endeavors has brought in more business, but the shop is small: literally only two fabricators. Kesterson and his former apprentice, Peter DeSantis, make up the shop’s on-hand fabricators. Heidaker runs the business side of things, allowing Kesterson and DeSantis to focus on how to help customers achieve their dreams. Although they could expand if they wanted to, Kesterson believes that keeping the team small keeps the quality up, as they are able to focus on each car as if it was their own. M2K, a shop that started out of two men’s search to find a place for them to work on their own race car, has become the premier work shop for Mile racing, and the top high-speed shop in Texas.