We all know Bugatti to make some ultra-fast hypercars! And this time around, a pre-production model of the Bugatti Chiron became the first Series Production car to break the 300 mph barrier. Driven by Andy Wallace, Bugatti’s test driver, the Chiron reached a top speed of 304.773 mph or 490.484 kmph, just 10 kmph short of 500 kmph! Whoa! The world record speed run was achieved at the Ehra-Lessien test track in Lower Saxony, France, on August 2, 2019. Andy Wallace worked his way up to the top speed from 300 kmph in 50 kmph increments to make sure all the conditions were right and the Chiron was optimally balanced in terms of lift and downforce. 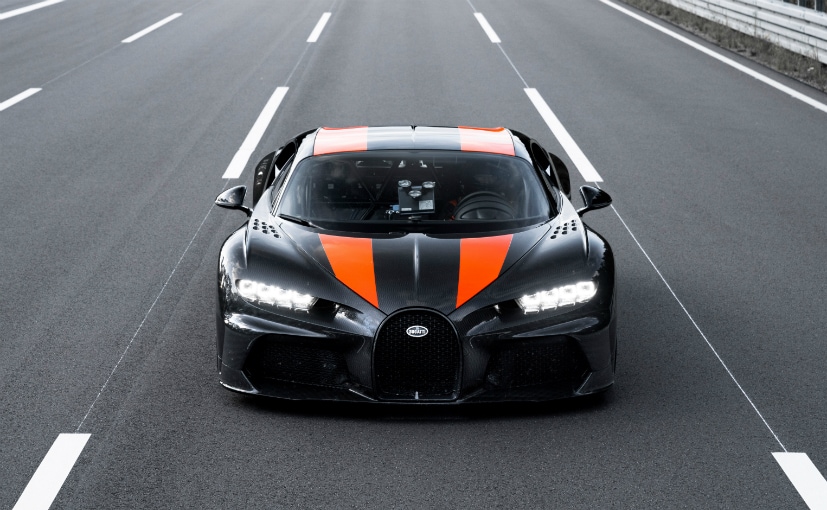 (The Chiron which attempted the record run, had a 8-litre W16 engine with four turbos, making 1,578 bhp)

After a lap of conditioning the Chiron, Wallace accelerated out of the north curve of the test track at 200 kmph to reach top speed on the 8.8 kilometre straight. “I went at full throttle from the start for approximately 70 seconds. It was important for me to be out of the bend at 200 kmph in order to reach top speed on the straight. That required the very highest level of concentration,” said Wallace. He covered 136 metres in one second. It’s not the first time that Andy Wallace has set a speed record. It was in 1998 that the British test driver reached a speed of 391 kmph or 243 mph in a McLaren F1 on the same track, setting a record at that time. 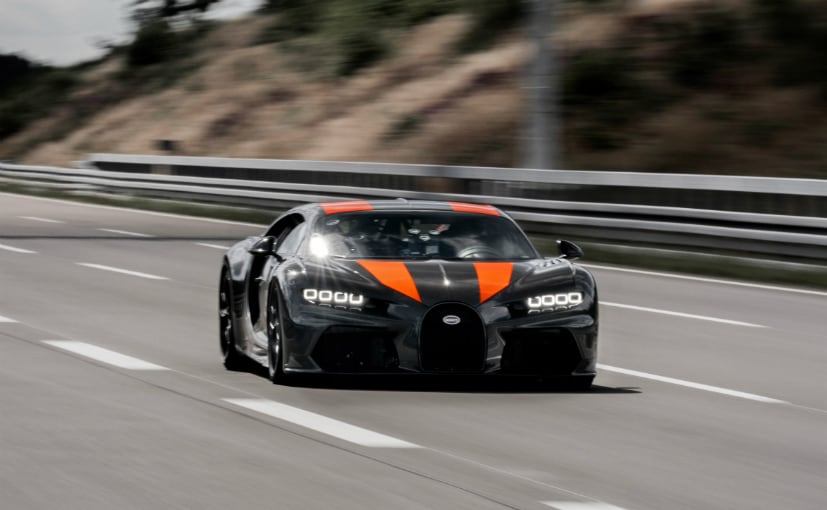 (The Bugatti Chiron was piloted by the company’s test driver, Andy Wallace)

This wasn’t a regular Chiron that a millionaire could buy off the showroom. This was a result of a six month collaboration between Bugatti, Dallara and Micheline to create a model specifically for the record attempt. Dallara was handling the chassis bit while Michelin of course provided the tyres or the record run. The model that breached the 300 mph mark had a 8-litre quad-turbo W16 (TwoV8s spliced together to form a W) which pumped out a ginormous 1,578 bhp. The gearbox and the AWD on the model remained untouched. The Michelin Pilot Sport Cup 2 tyres were reinforced to absorb forces up to 5,300 Gs along with being street legal too. The tyres were subjected to extensive trials at speeds of up to 511 kmph in USA in the build up to the record run.