When a 640-horsepower Porsche 911 Turbo S is the starting point for an aftermarket upfit, you know it’s going to be good. We caught TechArt’s latest project in prototype form last May, testing on the streets with some wild add-ons. Now we have full disclosure, and there’s plenty of power to go with the aesthetic changes. Say hello to the new TechArt GTstreet R in all its winged glory.

We will answer the obvious question right away. TechArt offers two different power upgrades for the GTstreet R, with the largest being a whopping 800 hp (597 kW) and 701 pound-feet (950 Newton-meters) of torque. This is done via upgraded turbochargers, upgraded exhaust, and a hefty tune to make it all work together. TechArt doesn’t talk about 0-60 or quarter-mile times, but the fully-upgraded GTstreet R can reach 217 mph flat out – 12 mph more than a standard Turbo S. If that’s a bit too scary, TechArt also offers a tamer package that boosts power to only 700 hp (522 kW). 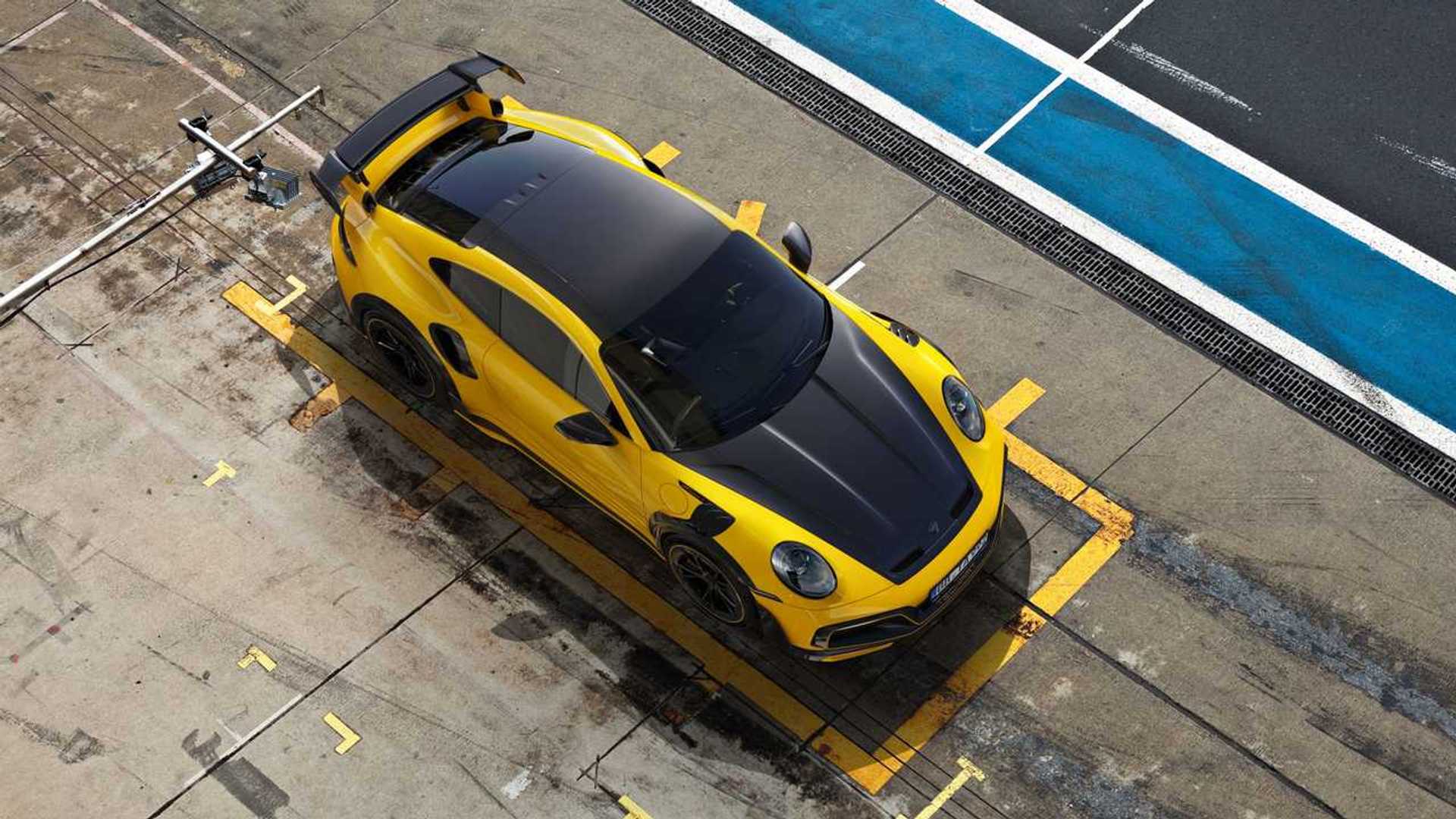 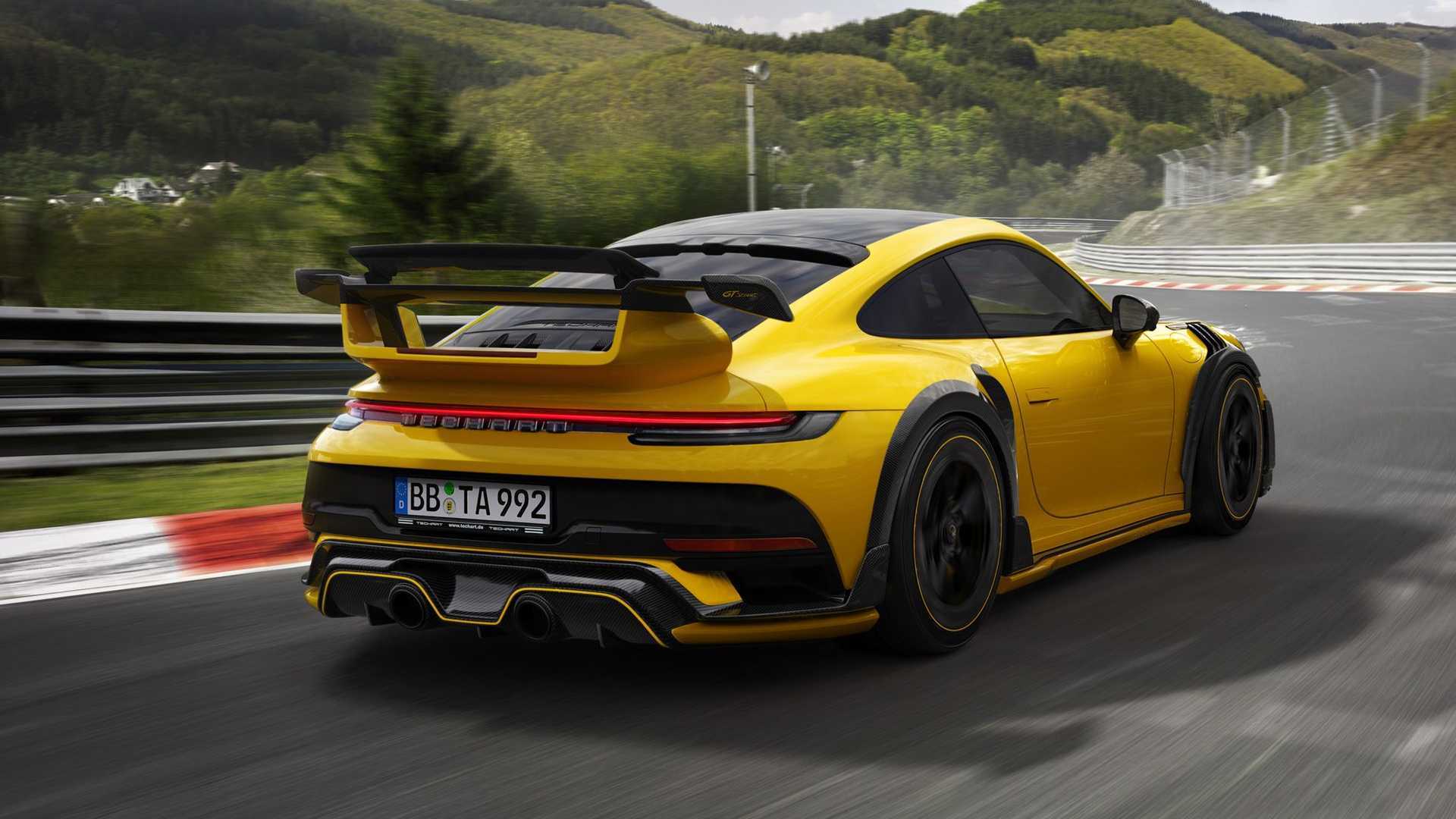 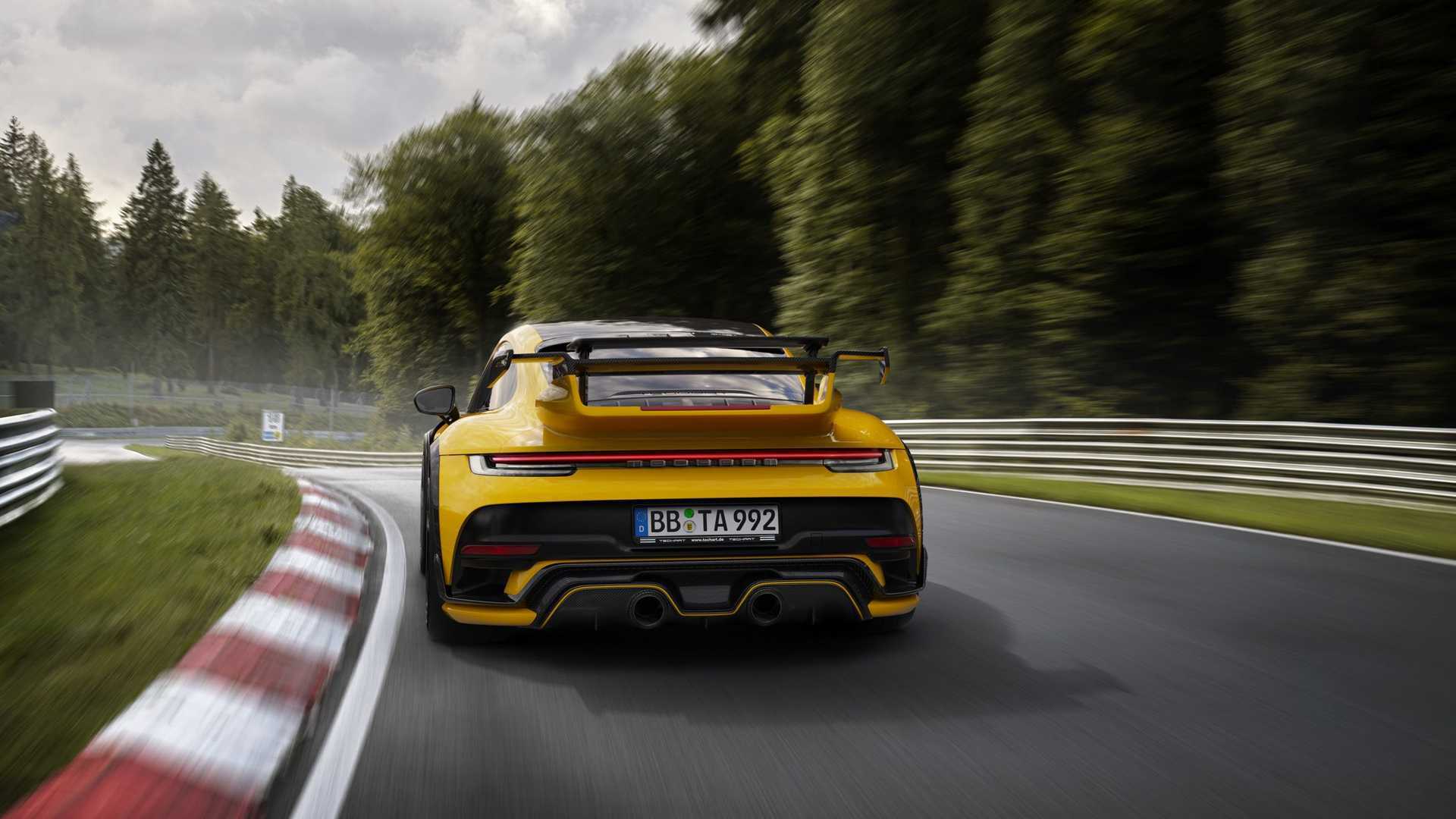 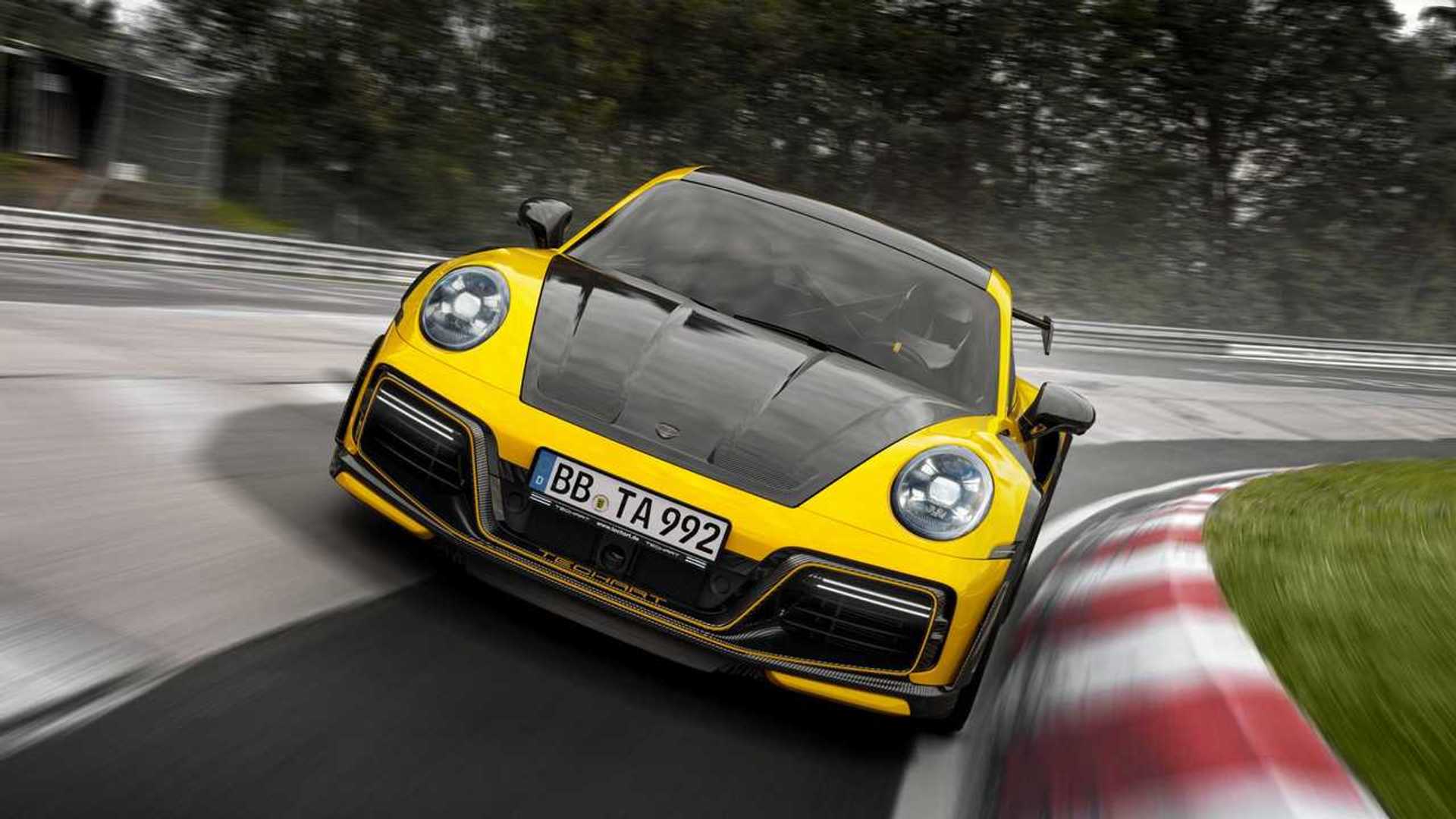 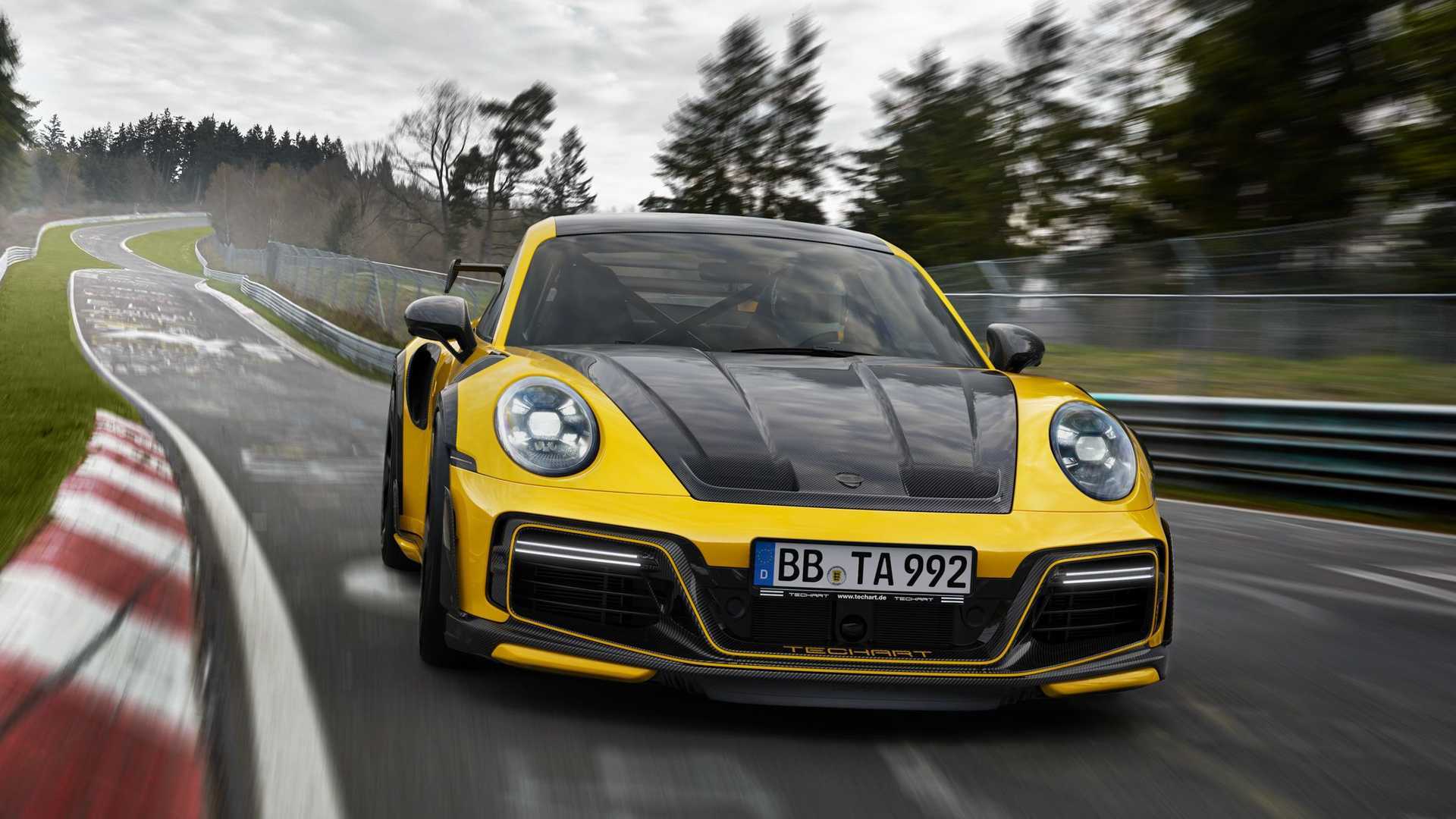 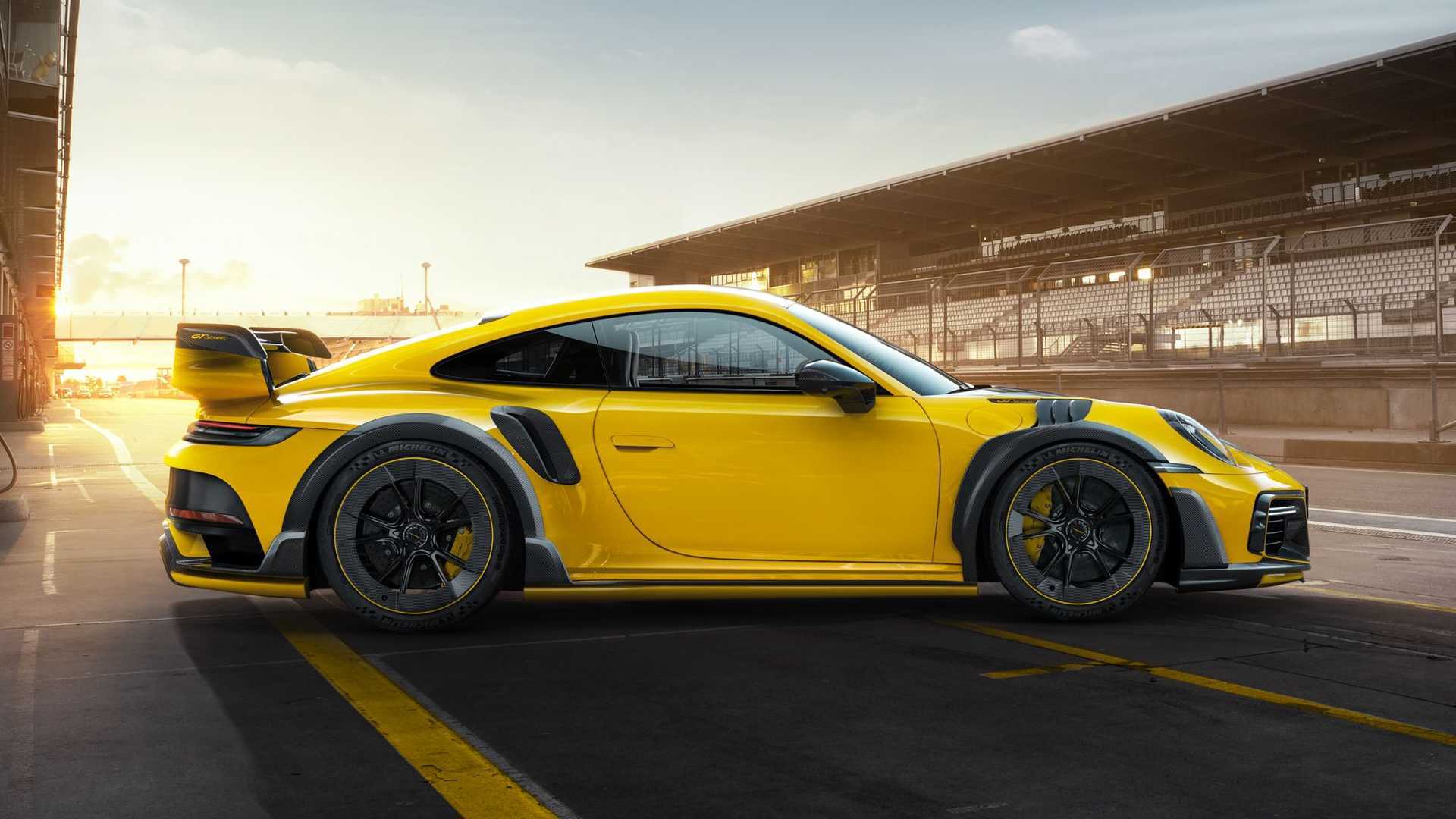 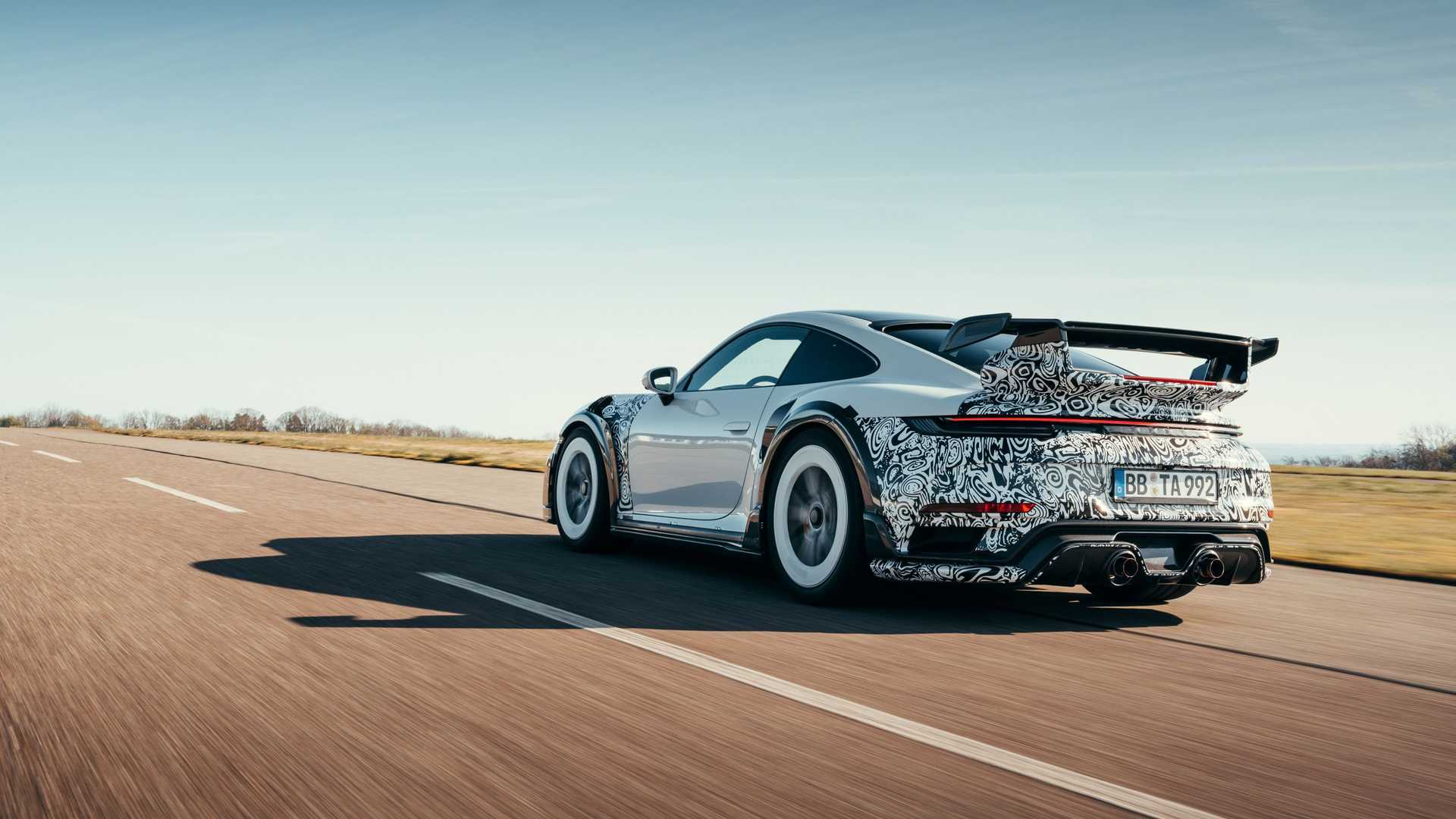 Under the skin, TechArt also offers a choice of two suspension upgrades. A sport suspension package adds stiffer springs with a 1-inch drop all around, but the second option gives you adjustable coilovers that can also be tuned for a 1-inch drop. A third option for a fully adjustable suspension isn’t available just yet, but TechArt promises it’s coming for a future Clubsport Package. Regardless of the suspension, the aero package widens the GTstreet R’s stance by a full inch in the front.

As for that wild exterior, the bolt-ons aren’t just for show. The carbon fiber body kit includes new fascias front and rear, a new boot lid, two-piece side skirts, and that massive race-inspired rear wing. There’s also a roof spoiler that helps move air to where it’s needed most, and even the snazzy center-lock wheels have special carbon fiber discs around the wheel lip for better airflow and lighter weight. After considerable fine-tuning in a wind tunnel, the GTstreet R makes four times more downforce on the 911’s backside at 87 mph, while also reducing lift at the front by 45 percent.

Of course, one can’t have a wild TechArt 911 without interior upgrades. On that front the tuning company is less specific, primarily because the sky is pretty much the limit. GTstreet R buyers can pick and choose from a wide variety of materials, not the least of which being leather, Alcantara, and carbon fiber. TechArt branding is plugged in throughout the greenhouse including the seats, door sills, door panels, dash, steering wheel, and even the floormats. Suffice it to say, you won’t forget which Porsche you jumped into for a casual dash to the coffee shop.

You likely wouldn’t forget anyway, because TechArt says the GTStreet R upgrade starts at €73,000 which converts to $86,610 at present conversion rates. Considering the 911 Turbo S starts at around $200,000, the GTstreet R will be rather pricey but it will also be very exclusive. Only 87 models are planned for production.