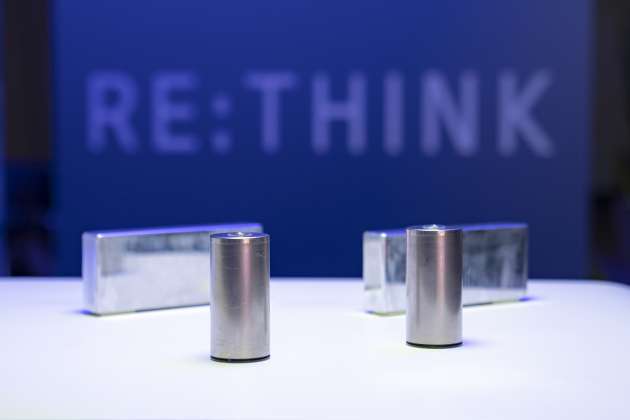 Firstly, BMW will be moving from the current prismatic cell design used in its cars to cylindrical batteries, specifically a design with a 46mm diameter, but it stopped short from confirming the same 4680 (80mm height) design that Tesla has already confirmed it would be using.

Instead, BMW says it will be using two different heights in its battery packs, without confirming that an 80mm height design would be one of them. We have been hearing other 46mm formats being tested before, such as 4695 (95mm height) and 46120 (120mm height).

BMW’s 46mm batteries will be coming from two different suppliers – CATL and Eve Energy, both Chinese companies. Both suppliers will build plants in China and Europe. There are plans for a third plant in North America (USMCA region) but it has not decided on which supplier will run that plant.

BMW says other than the switch to 46mm cylindrical batteries, its sixth gen eDrive’s battery packs will also have the option to use LiFePO4/LFP chemistry.

The next interesting bit revealed about Neue Klasse is it will be running 800V architecture, just like Hyundai’s E-GMP, BYD and Porsche/Audi’s J1 platform. Using 800V will allow for faster charging times to be achieved such as up to 180 kW at high power chargers such as Shell Recharge 180 kW and Gentari 180 kW.

The first BMW Neue Klasse cars with sixth gen eDrive are scheduled to make their debut in 2025.