Department store bikes have provided affordable and easily accessible mobility for decades now. Available in all shapes and sizes, Walmart bikes certainly get the job done, so long as that job is simply getting you from point A to B. Sure, more performance-oriented options are available, but they’ll set you back a pretty penny. In recent years, the retail megachain has dipped its toes into the electric bike market, with some super cheap models selling for less than $500.

This time around, it’s upping its game with a full-suspension electric mountain bike called the Hyper E-Ride. With a price tag of $1,498, it’s certainly an attractive option for the casual e-biker looking for a rugged two-wheeler to go exploring on. That said, just because it’s equipped with a full-sus frame doesn’t mean it’s capable of tackling super technical trails like the bikes from more established manufacturers. Sure, it’ll likely make it out unscathed a few times, but wear and tear will likely set in much sooner. In the product’s listing on Walmart’s official website, it says that the Hyper E-Ride “excels at climbing steep hills.” 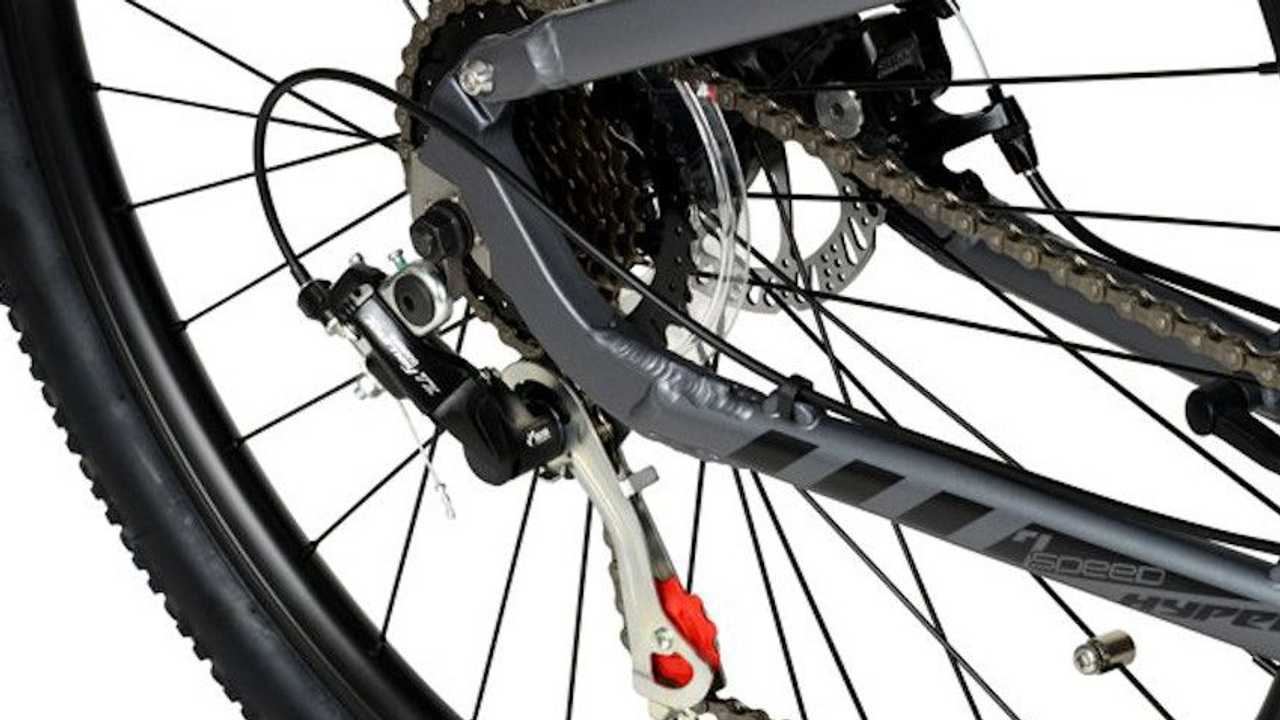 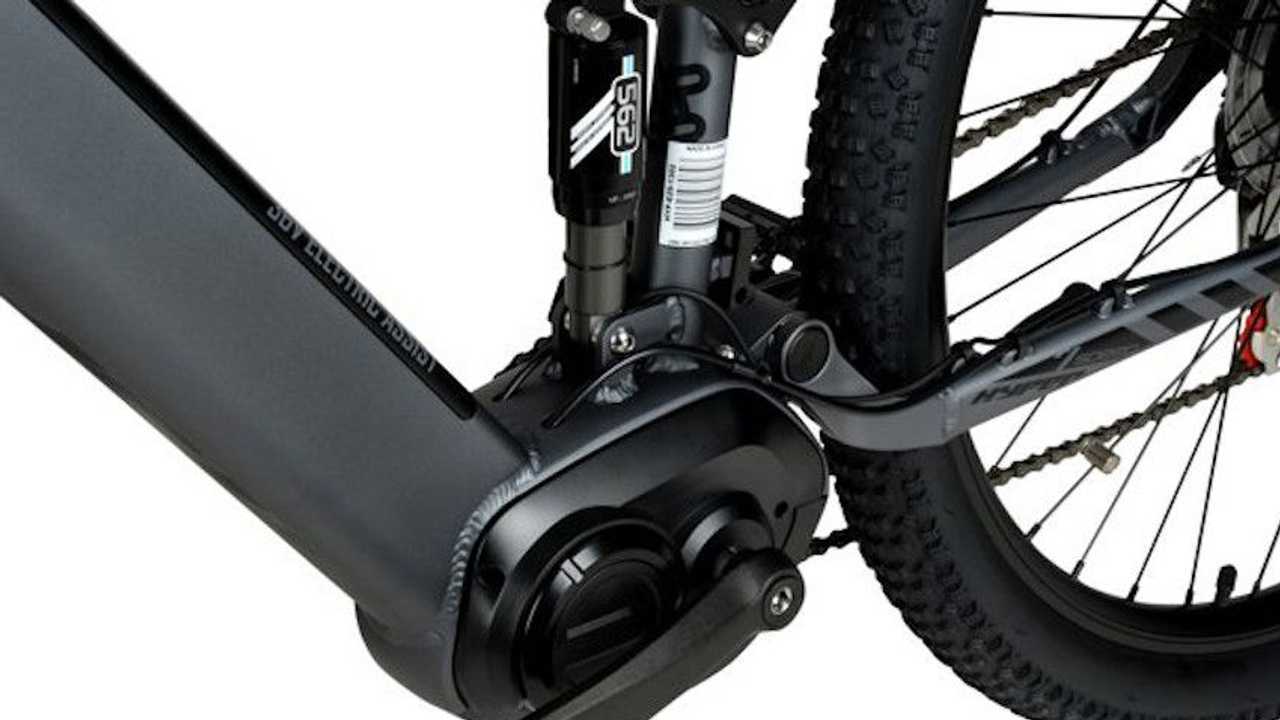 Walmart claims that the Hyper aims to “support and promote Mountain Biking by producing top quality products for Racers and enthusiasts alike.” While I doubt we’ll be seeing the Hyper in any competitive environments anytime soon, it’s pretty neat that Walmart has decided to cater to a growing electric mountain bike enthusiast market with this very affordable option.

When it comes to technology, the Hyper E-Ride gets a 36V mid-drive motor with a continuous output of 250W. Walmart doesn’t say who the manufacturer of the motor is, neither does it provide any top speed figures. It does, however, explain that the bike is powered by a 36V lithium-ion battery pack that returns a rather lackluster 20 miles of range on a single charge. It also takes quite a bit of time to fully charge—four hours, to be exact. As such, it’s clear to see that the Hyper packs some pretty dated tech, owing to its super affordable price tag.

Other than that, the Hyper packs an SR Suntour 120mm front fork with a lockout, as well as front and rear disc brakes, albeit non-hydraulic units. A Shimano 1×7 drivetrain comes standard, too. It also has a rear air-shock, but doesn’t seem to feature any adjustability whatsoever.