The Federation of Automobile Dealers Association (FADA) said it was cautiously optimistic about the slowdown in retail sales of automobiles. At the second auto retail conclave of FADA in New Delhi, many auto manufacturers reflected the sombre mood prevailing amidst one of the worst slowdowns in the Indian auto industry. FADA President Ashish Harsharaj Kale told carandbike in an interaction that piling inventory at dealerships has been a cause for concern, more so for two-wheeler dealers, who are facing a severe crunch in customer footfalls for over a year now. 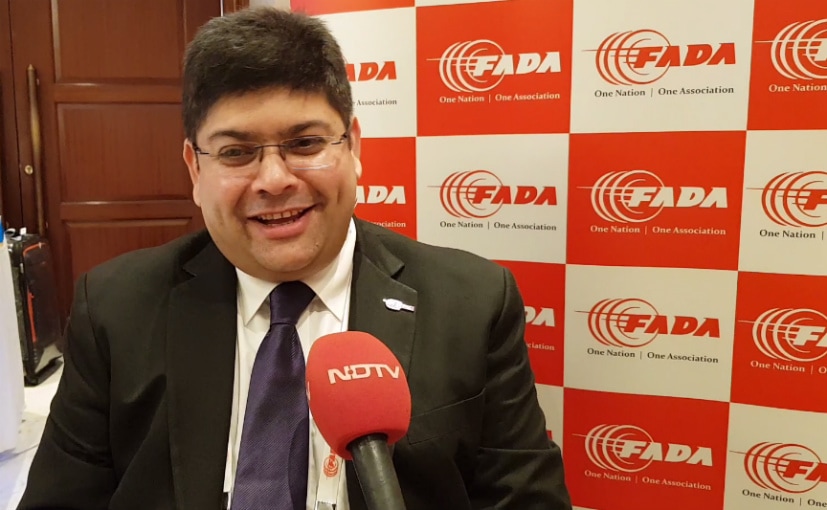 “Inventory has been a worry to us. Obviously to a dealer it will be a worry if sales aren’t growing. All costs are a cause for worry, and if you’re carrying higher inventory, that’s a major cost to the dealers. The passenger vehicle inventory, most of the OEMs have regulated that in the recent past, and now we’re almost near normal. The FADA recommended inventory is 21 days, but almost across most of the geographies, we’re now down to 30 days,” Kale said.

“For the dealer community, the worry is two-wheeler inventory, right from the slowdown of two-wheelers that had started in September 2018. It has been at a very high level, and continues to be at a high level of 60 days today.

Dealers of both passenger cars and two-wheelers say the market sentiment is negative, and there is a severe liquidity crunch. During such a depressed market sentiment, there is no consumer spending to be seen. While the upcoming festive season may see some upturn in retail sales of automobiles, the change to the next generation automobiles which will need to meet the BS-VI emission regulations, is likely to affect sentiment once again from April 2020. And dealers say the prevailing negative sentiment in the economy is also trickling down to consumer behaviour. Kunal Gambhir is a passenger car dealer, and also owns dealerships of a premium motorcycle brand

“If the mass market de-grows, the luxury market will obviously de-grow. So, if you see the mass market de-growing heavily, luxury market de-growth will be much higher. Because at the end of the day, finance becomes tight, liquidity crunch comes in. I’m not sure the consumer will take out money at this point in time, but would try and save his money. The biggest example is that 23 per cent was disposable income, today it’s 17.5 per cent. So, people are saving money, they are not getting it out, they realise that at this point of time, rather save than spend,” said Kunal Gambhir, a passenger car and premium motorcycle dealer.

“I think the mood has to become positive, the government is trying its level best to get liquidity out, I’m sure that we should get out of this in the next four months. And if we don’t, I think we’re looking at a huge troublesome time, and see pressure coming in again from March onwards in the auto sector,” added Gambhir.

Manufacturers are still reeling under one of the worst slowdowns in the Indian auto industry. Most passenger car manufacturers reported a double-digit fall in despatches in July and August, and two-wheeler manufacturers are also facing similar pressure from declining sales. Hero MotoCorp, India’s largest two-wheeler manufacturer, reported decline in sales of over 20 per cent in August 2019. Maruti Suzuki, India’s largest passenger car manufacturer, reported a sales decline of over 34 per cent in August. In September, Maruti Suzuki has announced ‘no production days’. While manufacturers say the upcoming festive season may be something to look forward to, for the auto industry to change gears and get some traction, the overall mood remains pessimistic. 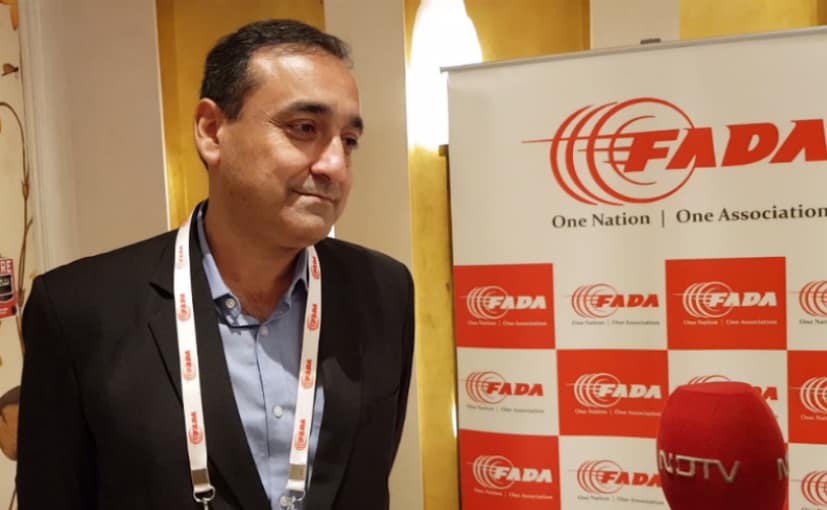 “The mood is very sombre, I must say, not very good times for the industry. Cumulative, till August, which we’ve just closed, is down by about 19 per cent. August was particularly bad; it was down by more than 20 per cent. Our take is that the sentiment will continue to be depressed. If you recall, the downturn started with a certain hike in insurance. So, there was one set of regulations which increased the acquisition cost by 14-15 per cent overnight, so that was the tipping point, where the demand started to taper down,” said Devashish Handa, Vice President – Sales, Marketing and After Sales, Suzuki Motorcycle India Private Limited.

And while the festive season may show a slight improvement in sales, the upcoming Bharat Stage VI (BS-VI) regulations from April 1, 2020, is likely to affect consumer sentiment once again, as prices increase across all categories.

“Now, as we would have expected that the buyer would come around to a higher price point regime over a 6-8 month period, but unfortunately, six to eight months later, there’s another regulatory impact staring at our face. So, this may again be anywhere between 10-15 per cent cost of acquisition going up on two-wheelers. So, we expect a similar dampening to continue. So, we don’t see this slowdown improving anytime soon,”

India’s second-largest two-wheeler manufacturer by volume, Honda Motorcycle and Scooter India (HMSI), is optimistic that with the regulatory changes, the products will improve as well, and eventually the customer will come around to accepting that with a higher price tag, what is being offered is a truly world-class product. But the prevailing consumer sentiment remains depressed, and two-wheeler manufacturers have already spent close to a year of sales slowing down. 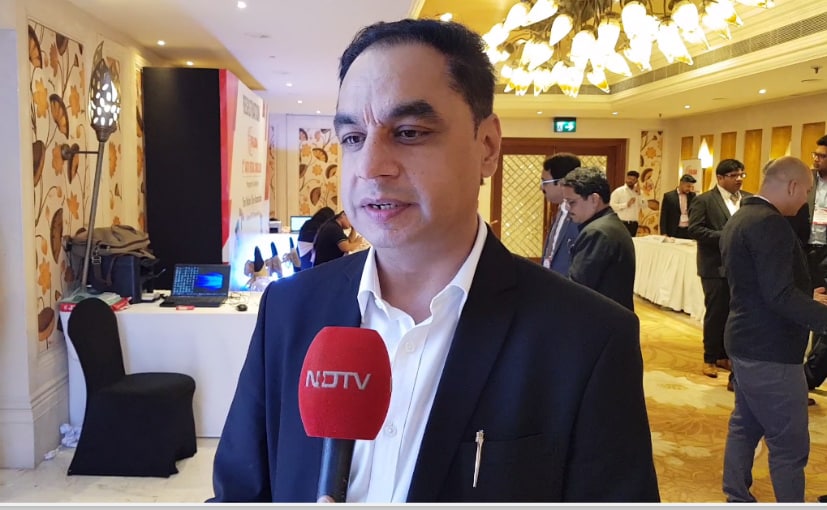 “Unfortunately, nobody expected what happened on September 1, 2018, was the increase in the premium amount of insurance because of the third-party insurance coming in. So, it has already taken the price point to the next higher level, and added to it the new safety norms of CBS, ABS coming in. So, unfortunately, today, the price point of the two-wheelers, irrespective of the category, whether it’s 100 cc, or it’s 300 or 350 cc, so they have changed. It will take some time for the customer to accept them, and for the prices to set in,” said Yadvinder Singh Guleria, Vice President – Sales & Marketing, Honda Motorcycle and Scooter India.

“At the same time, the crisis in liquidity in terms of financing; the finance percentage has improved, but the absolute numbers are down. And the kind of reach the Tier III towns had, it was never through the banks or the private financiers, it was always through the NBFCs. And the NBFCs are not being re-financed by the bankers because of a lot of NPAs coming into the picture. So, that has also slowed down the penetration of two-wheelers in the Tier III and rural areas. So, we’re struggling with all these things, which we believe will take some more months, we cannot say specifically, 6 months, 8 months, one year or so. But it will take several months for things to fall into place, and for customers coming into the showroom and converting. Enquiries are still there, but the conversions are not visible,” Guleria added.

Auto dealers are hopeful, that the slowdown will reverse soon, and with a good monsoon and the festive season coming up, there could be cause for some cheer for the auto industry in the next month or two.

“We are cautiously optimistic. We’re an optimistic community. A lot of positive factors have come together. I cannot announce today that growth has come back, because it’s just the beginning of the festive season. But we’re very positive that growth will come in this festive season, and we will definitely do better than the last festive season, and hopefully that will be the start of the dealerships coming out of the challenges that we’re facing, as well as the auto industry,” added FADA President Ashish Harsharaj Kale.