Suzuki Motorcycle India Private Limited (SMIPL) has unveiled the all-new Suzuki Katana at the Auto Expo 2020 in India. The Suzuki Katana revives a name which has been taken from Suzuki’s past, from the 1980s and 1990s, of a popular sport touring motorcycle with the same name. The 2020 Suzuki Katana is based on the Suzuki GSX-S1000F and is powered by the same 999 cc, in-line four-cylinder engine which puts out 147 bhp of maximum power at 10,000 rpm, and 105 Nm of peak torque at 9,500 rpm. 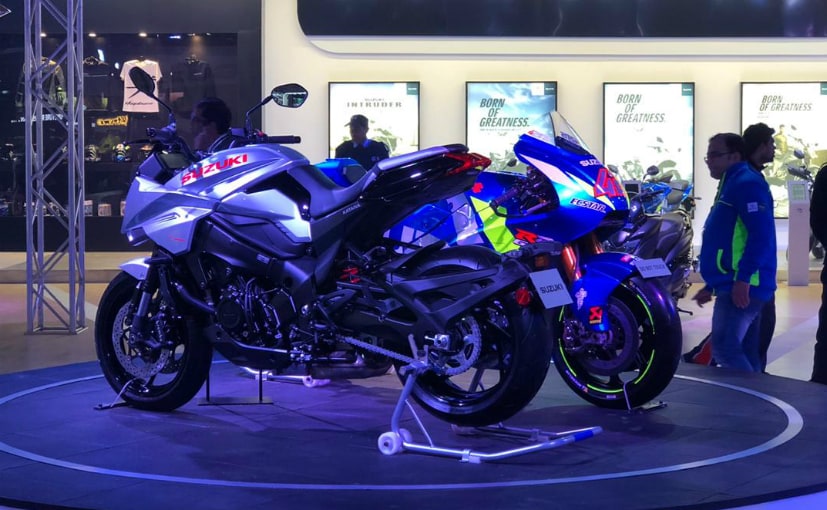 The Suzuki Katana has already been showcased in international motorcycle shows like the 2018 Intermot show in Germany, as well as the EICMA 2018 show in Milan, Italy. The production-spec Suzuki Katana does borrow some of the other basic architecture of the Suzuki GSX-S1000F, like the twin-spar aluminium frame. The ergonomics are slightly different, going with the sport touring theme, and the Katana should have a comfortable perch for the rider. The squar-ish headlight is a tribute to the older Katana, but the rest of the bodywork is definitely modern, giving it a neo-retro flavour. The headlight though is LED, and the new Suzuki Katana also gets a full-colour TFT screen. 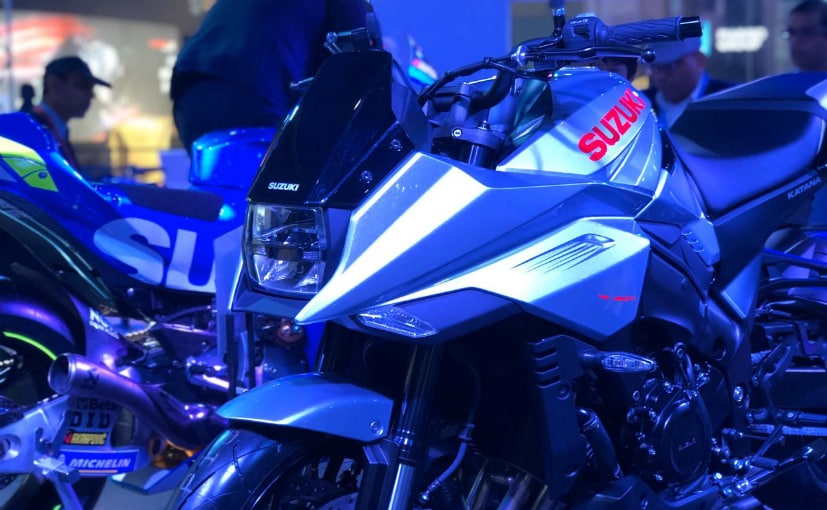 The headlight is a tribute to the old Katana, but the engine is shared with the Suzuki GSX-S1000F

Suspension duties are handled by a fully-adjustable KYB 43 mm USD fork at the front, and a link-type monoshock set-up at the rear. The electronics package includes a three-level traction control which can be switched off. Braking is handled by Brembo, with radial calipers and ABS. With the sharp and sculpted bodywork which forms the main design theme of the Katana, it also adds to the weight of the bike. The new Suzuki Katana tips the scales with 215 kg kerb weight. Suzuki India may consider launching the Katana later this year in India, as a fully imported completely built unit (CBU), so prices are expected to be slightly on the higher side – between ₹ 13-14 lakh Iex-showroom, India).