Chris Anthony and Steve Fambro told Sandy Munro a lot about it in this video and promise a drag race with it!

Munro Live published a video on January 7, 2021, that seems to have gone unnoticed by most people, including us. Anyway, we are glad we could see it before the competition because it is pure gold: Sandy Munro had a chat with Chris Anthony and Steve Fambro that solved many of our doubts about the Aptera. It also showed it has more Tesla parts than we previously expected, and we could see them thanks to a quick walkaround.

Before we get there, it is important to mention Aptera was the first three-wheeler in which Sandy Munro and his team started working. That was even previous to Munro having his YouTube channel seven months ago. Munro & Associates will help Aptera design its first factory, which will be established in Sorrento Valley, San Diego, California. 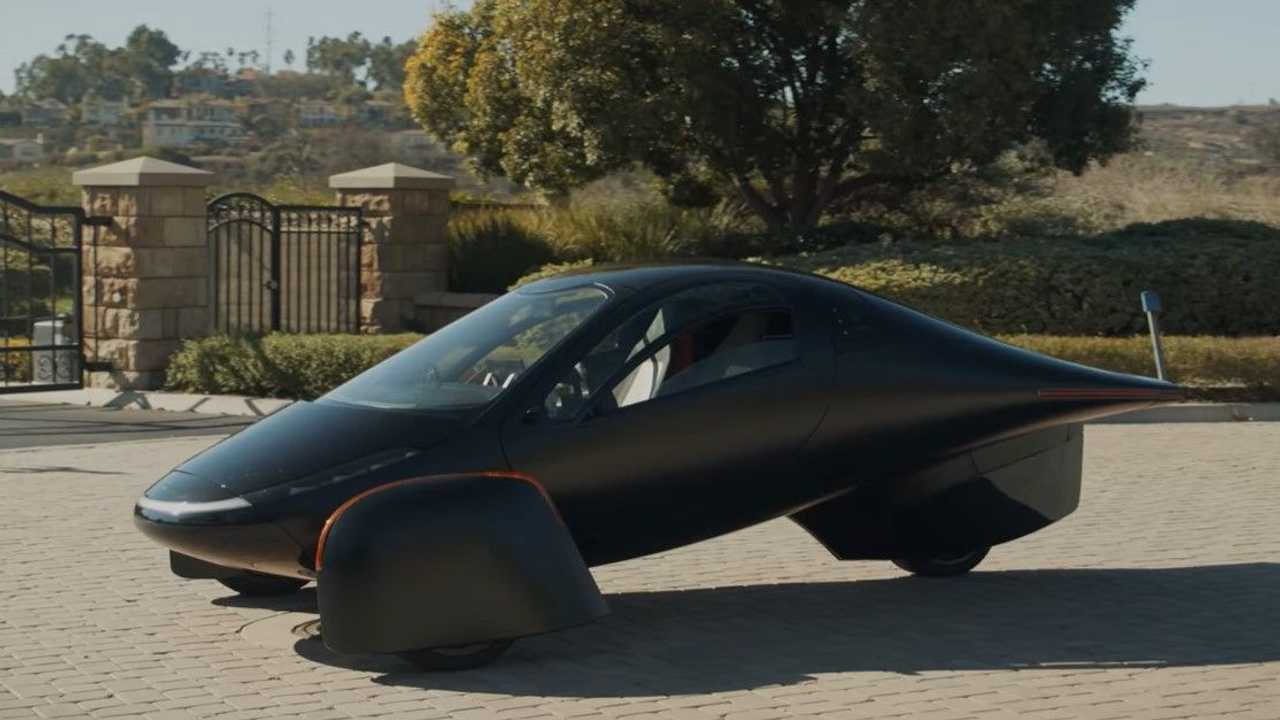 We have no idea when the video was shot, but Anthony and Fambro signed the contract on that same day for their new facilities, which are expansible to up to 40,000 square feet. Initially a production development center, the Aptera plant will become a manufacturing unit by Q3 2022.

It is not clear if deliveries for the car will also start by then, but we guess that is not the case. In December, we said Aptera expected to handle the first cars to their buyers in six to nine months. In the worst-case scenario, that would be September 2021. 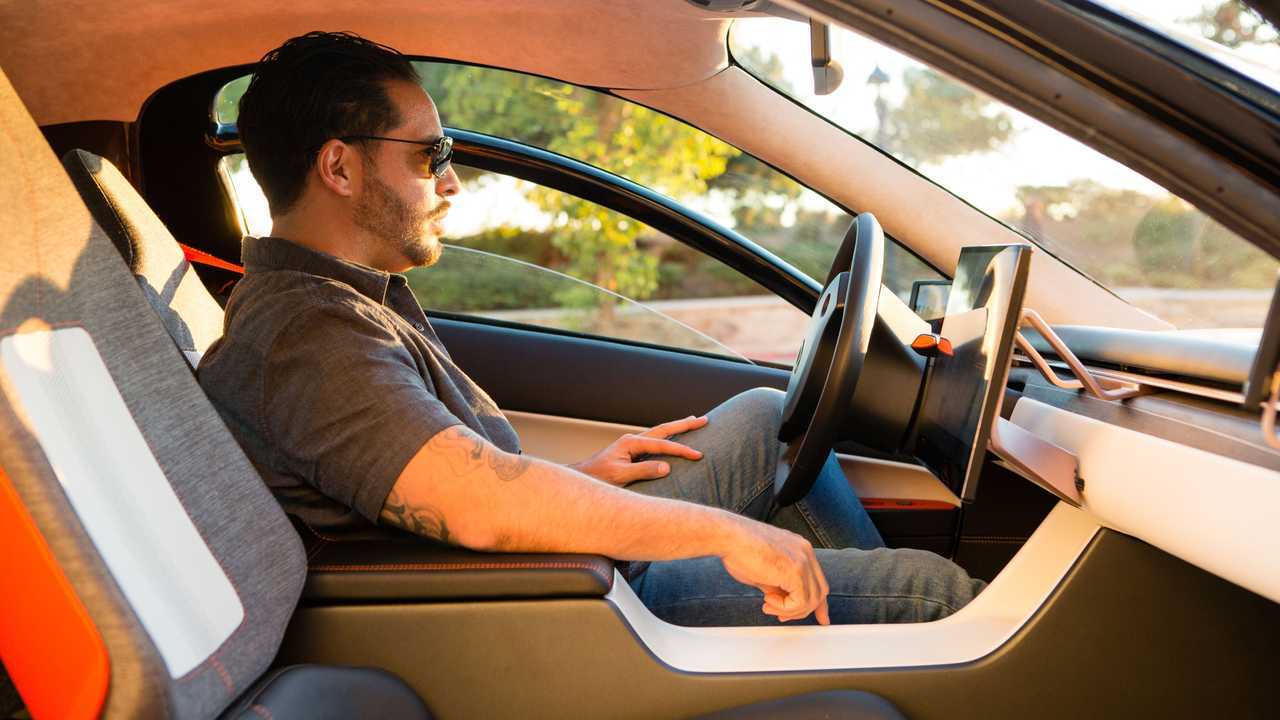 Munro, Anthony, and Fambro then discussed the approach towards manufacturing. Aptera will follow the Crawl, Walk, Run strategy, in which the crawl phase is getting an idea of what it will be, the walk phase is implementing it, and the run phase is execution or the “professional” part of the game.

According to Munro, his idea for Aptera is that it has a production line with a variable break-even point, meaning they can scale the number of people working on the cars according to demand. The engineer helped Chrysler implement that for the Dodge Viper.

Munro also said he wants it to have the dancing machine concept, consisting of machinery that you can move around to adjust to the number of people working in manufacturing. As long as these tools have access to air pumps, that’s all they need.

This is why Anthony and Fambro decided to pick a production spot that they can lease and expand according to Aptera’s needs. Apart from the 40,000 square feet space, a nearby capable production facility can be expanded to 100,000 square feet. 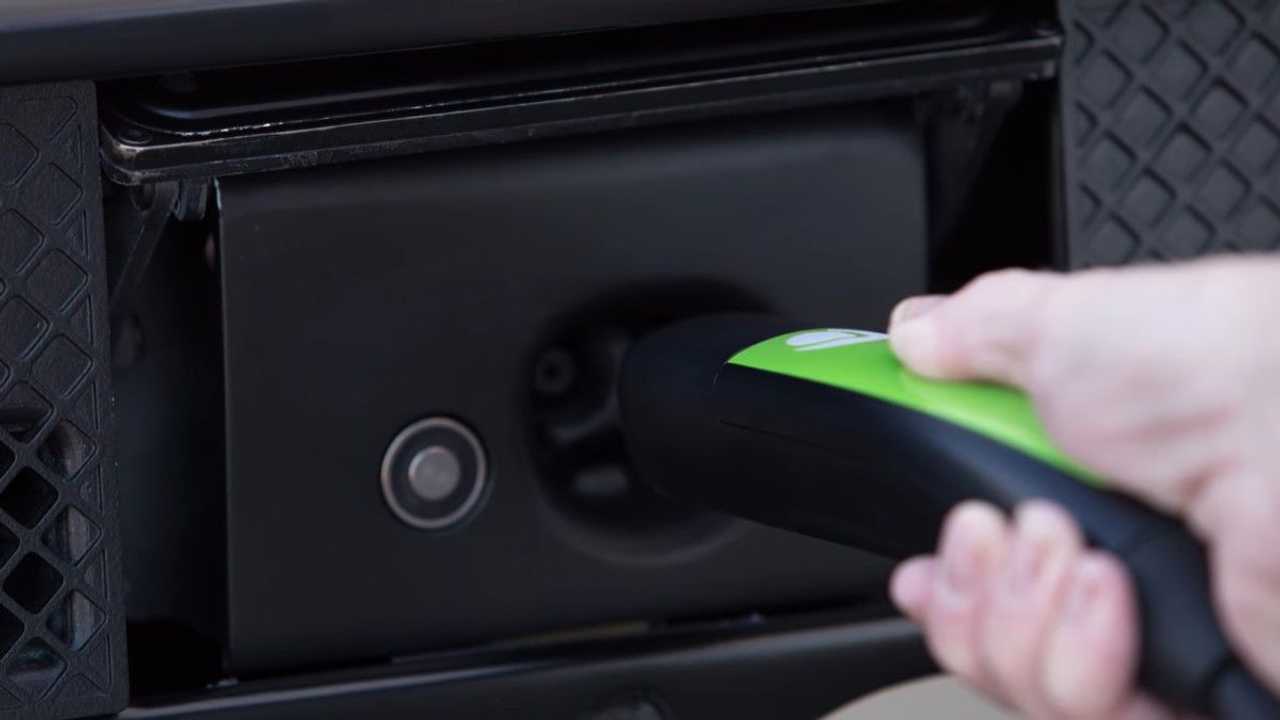 At about 12 minutes of video, Anthony and Fambro start the walkaround for the Aptera. They tell us about the Glogo – the glowing logo on the sides of the Aptera – and that owners will be able to carry nine feet of two by fours in the trunk. The charging port is behind the license plate.

We also learned that the doors have two mounting points and a small window that will allow owners to pick food at drive-throughs without compromising aerodynamic efficiency. For the record, the entire Aptera has less drag than the side-view mirrors in an F-150. 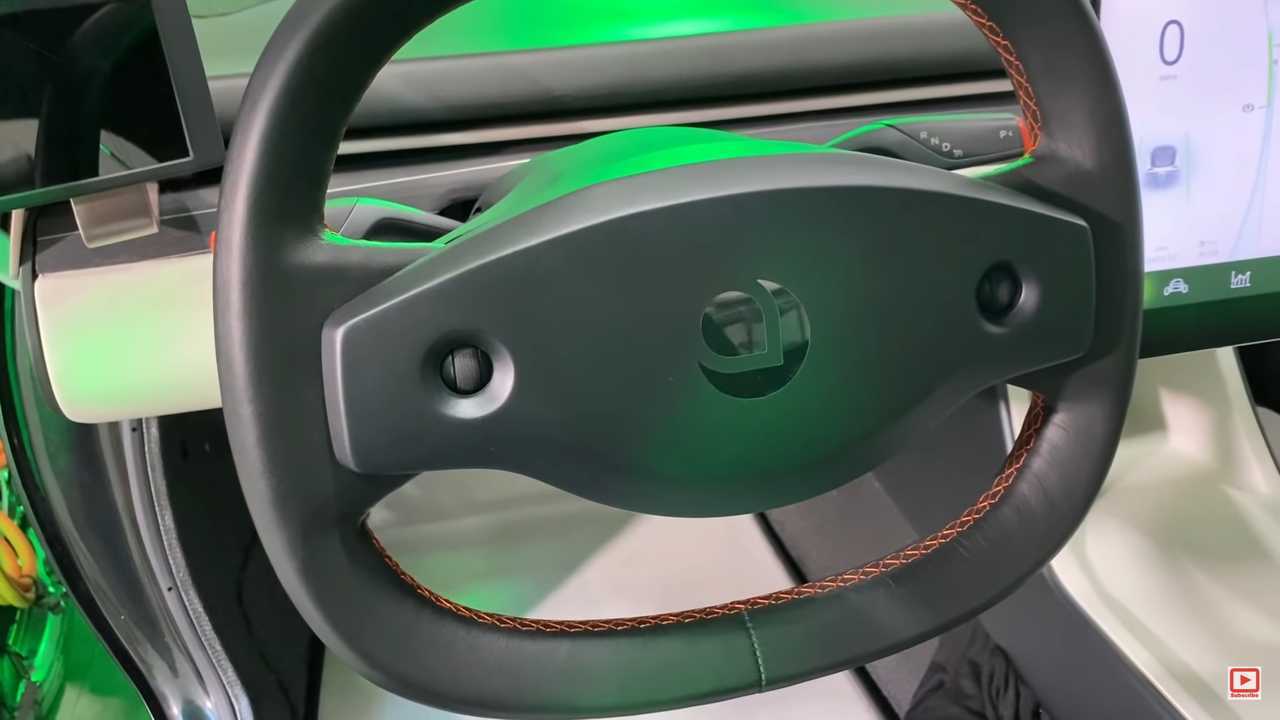 At that point, we can see the interior of the car, and it is very familiar. The turn signal lever and the gear selector – apart from the orange buttons – are the same ones present in the Model 3 and Model Y. The steering wheel has the same scroll wheels these Tesla vehicles also present. The differences are the steering wheel format and the flat cover with the Aptera logo.

When we look at the central screen, it is also the ICE that Tesla puts in the Model 3 and Model Y, only with a different operating system. According to Anthony and Fambro, it has been developed by Crank Software and is called IVI System.

This does not necessarily prove that Aptera is buying parts from Tesla. It could be buying them from Tesla’s suppliers. Small manufacturers have no money to develop parts specifically for their cars, making them buy these components from large suppliers. We are just not sure if that requires a Tesla authorization of some sort or if it has nothing to do with it: we just know that these Tesla components are there. 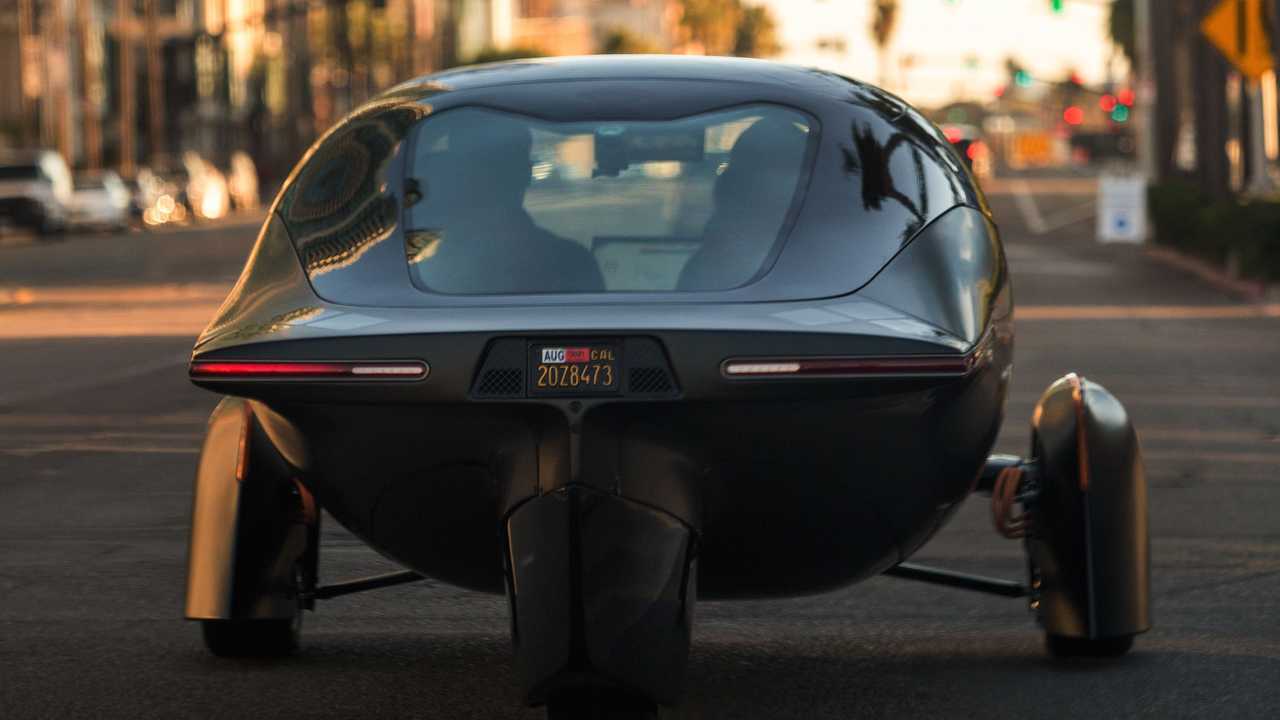 Another great moment of the video was the explanation about the skin cooling method. It was only possible because the Aptera is very light and energy-efficient – 10 miles/kWh.

Since it spends so little energy, it does not lose a lot of heat to move around. In the winter, the skin cooling method allows Aptera to redirect that heat to the car’s interior instead of trying to dissipate it on the car body, which makes it even more efficient.  If the car were spending a lot of energy or very heavy, radiators would be the only cooling option.

That does not imply it will be slow. On the contrary: going from 0 to 60 mph in 3.5 seconds (Aptera previously said it would be 3 seconds), the Aptera creators want to put it in a drag race against a “very, very, very fast” electric vehicle to show just how well this high-efficiency machine can do in such an environment.

For the record, the race will happen at the Verona Drag Strip as soon as it opens. We will love to write about that video once it is shot. Anthony and Fambro probably bet all the competitors will see are its taillights – and a bit of the Glogo, for the more competent ones.