I don’t talk about it a lot, but I own a Jaguar E-Type. It’s the car that blew every sentient gearhead’s mind during its 1961–1974 run, including my own eight-year-old boy brain on the occasion of my first auto show, at the New York Coliseum in April 1966.

Mine’s a coupe from 1968. For you E-Type spotters out there, that makes it a Series 1.5 from among the three and a half E-Type series that would be built. Being a 1.5 means it retains the traditional XK inline-six of the Series I, punched out to 4.2 liters in 1965, plus its optimal body shell, bumpers, and slim taillamps (all changed for the worse in Series II form) minus only the first-series car’s sporty-looking covered headlights. Historically, it’s considered to be less valuable for it, less pure than earlier models, meaning—of consequence to the less financially secure—it’s cheaper to buy.

Hopefully (for me), that seems to be changing a bit and quite rightly, as the 1.5 also got superior brakes, a definitively improved all-synchro gearbox, more comfortable seats, more effective headlights, and rocker switches in place of dashboard toggles for safety. Frankly, if you’re folding up an E-Type, chances are it won’t make much difference to your continued viability whether it sports center-mount rockers or toggles. But, hey, you never know. 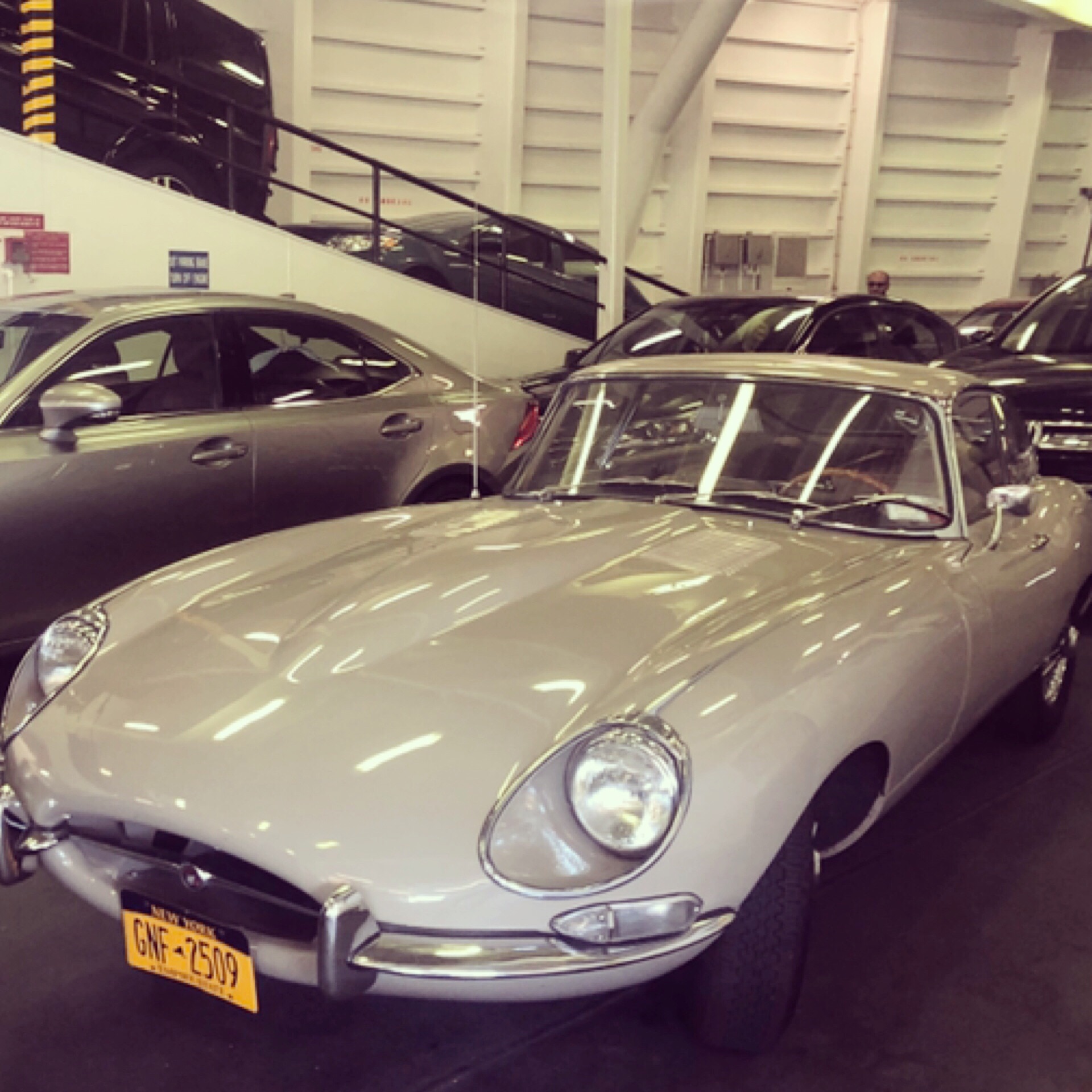 Built for only one year and dubbed the Series 1.5 only retroactively, the 1968 models had just two carburetors in place of the earlier cars’ three, thanks to new emissions laws and the cost cutting going on around the just formed British Motor Holdings. BMH (the former British Motor Corporation, or BMC) merged in that same year with truck maker Leyland, itself recently betrothed to Standard-Triumph, to form British Leyland. And so Jaguar would become part of the newly nationalized, British industry A-team’s trip through the ringer only to emerge some years later as a standalone brand spun off by the Thatcher government in 1987. Then to complete the history lesson, Jaguar became a Ford holding in 1990, and since 2007 it’s been Tata’s to love, honor, and cherish, or, say some recent reports, to sell along with Land Rover.

A finish in the original factory shade of Ascot Fawn, a kind of pastel putty hue, makes my coupe an especially rare car, with less than 100 such cars ever sold. Or so I was told by a docent at the JLR Classic Center in Coventry a few years back. All I knew when I bought it was that it makes a pleasant change to see an E-Type—or XKE, as American dealers insisted it also be known back in the day, in deference to fans of the previous decade’s XK sports models—that isn’t red or green.

But like I was saying, I haven’t talked about my E-Type much. To be honest, it sort of embarrasses me with its flamboyantly good looks. However, I did allow that I’d bought it in an Automobile column about 15 years ago, recounting its purchase on September 13, 2001, two days after the horrific 9/11 attacks, back when many, New Yorkers especially, apocalyptically feared the end of the world. This caused its 90-year-old owner to sell at a substantial discount, which made its purchase with a credit card seem a bold and possibly even clever idea. Either E-Type values would bounce back or we’d all be dead and it wouldn’t matter.

If we lived, and I was lucky enough to find out, there would be the cost of fixing up the old Jag, as the paint, metalwork, chrome, interior, and pretty much everything cosmetic needed some sort of attention. Then there would be the cooling system overhaul; the suspension rebuild, new wheels and tires (some great Pirelli ’60s repops, by the way); and a rebuilt head, carbs, brakes, and charging system—a long list. Cost, plus the Great Recession’s inevitable toll, meant it took a long time to come together. But finally, some 16 years later and thanks to the skilled hands of Paul Maletsky of Caldwell, New Jersey, with Domenick European Car of White Plains, New York, and Greg Georgi of Hudson Valley Auto Interior in Gardiner, New York, instead of just being beautiful, my Jag was beautiful and great to drive. I’m not even upside down in it. Meaning it’s probably worth no less than I have invested in it, possibly more. That never happens to me. 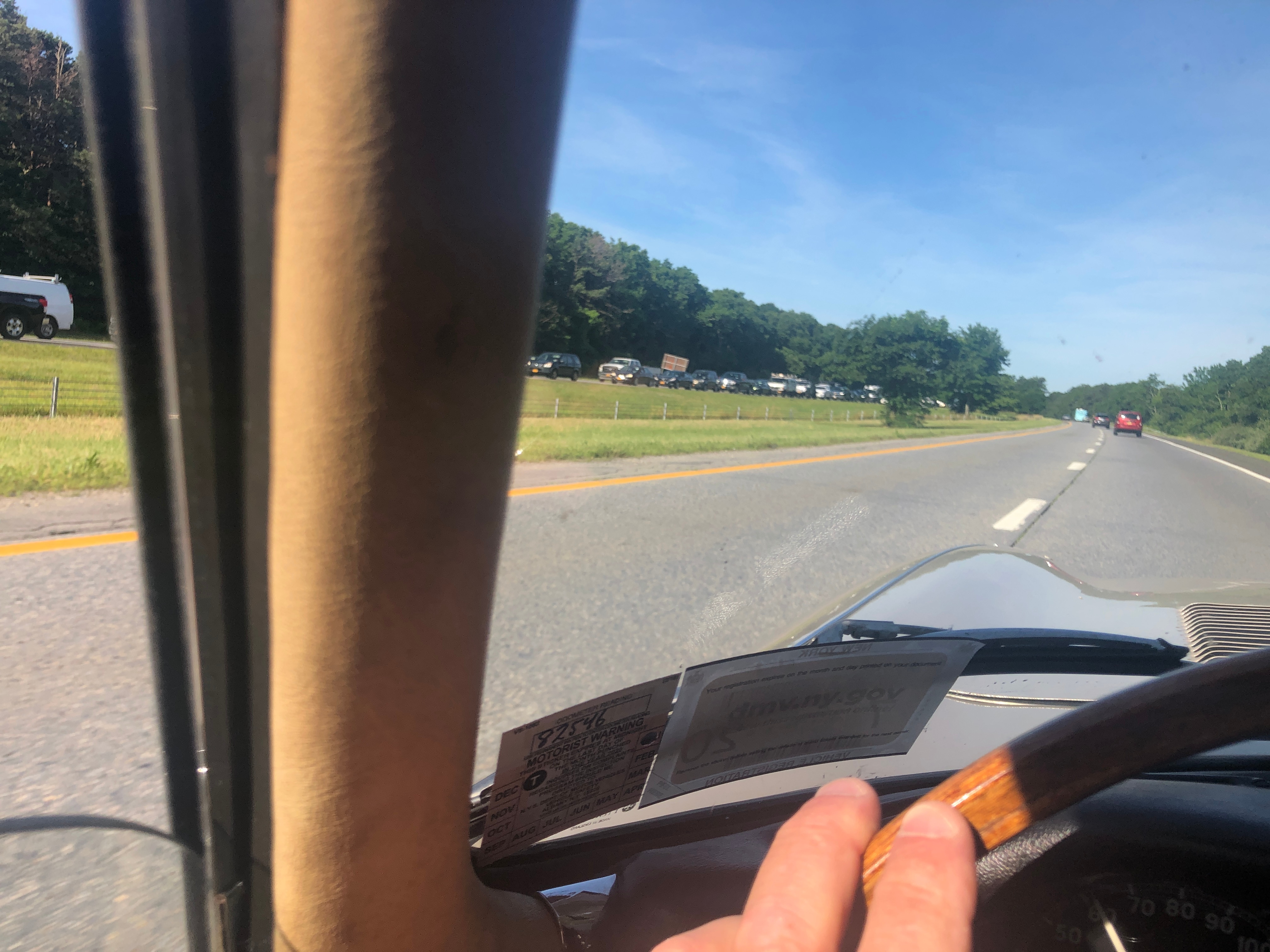 Still it’s a lot of money in my world and part of why it embarrasses me. Though many cars on the road cost more than mine is worth, it’s still a lot of money to be rolling around in and everybody knows it. Also, E-Types are so showy, so glam, and so inarguably phallic, it’s hard not to imagine the unkind and dismissive thoughts strangers, friends, and acquaintances might be sharing when they see one drive by. Manhood enhancement, midlife crisis, we’ve all heard it. The irony is, I know it’s not a midlife crisis. I started buying sports cars when I was 14, nabbing my first quarter-interest in a car, a fire-damaged MGA, for $12.50—but then I never stopped. I’m not saying it’s not a crisis. Just that it’s not a midlife thing.

So, anyway, one day not long ago my childhood dream car was finally up to the task. To come to grips with my ambivalence and E-Type demons both mechanical and psychological, I knew I needed to road trip in it, to shake down what was right and what was still wrong with the car and with how I felt about it.

My route would take me to Boston from Rockland County, New York, and back, stopping in eastern Long Island on the way out, then back home by a more direct route that wouldn’t involve a ferry ride. About 675 miles, when all was said and done.

I didn’t make things easy on the E-Type. The afternoon of my departure, a Wednesday in late June, turned out to be 95 degrees. There’s no air conditioning in my car, which would have ordinarily been a grave disappointment, but with a ’60s Jaguar that’s no bad thing. If it had A/C, it would have been a dealer-installed add-on, as they were, and would have worked pitifully on its best day, assuming it worked at all. Cooling the cabin or not, it would have quickly caused the car to overheat and I’d be on the side of the road, showing off by frying in the sun alongside a steaming albeit very beautiful machine.

As it happened, the temperature gauge needle sat right on the M in NORMAL, as I spent hours in traffic on a very hot day. Personally, I was losing fluid in half-gallon increments and came dangerously close to overheating, but the Jaguar ran cool as a cucumber. Which turned out to be more crucial than I could’ve known when a short time earlier I’d imagined myself sailing down the highway in an E-Type.

For there was to be no sailing today. Even though I’d left early on a Wednesday afternoon, my trip to Sag Harbor marked a new personal worst, time-wise. When things are going well, I can cover this 103-mile journey in two hours plus a little. But this time? Five and a half hours. To my amazement, save some light vapor lock when sitting idling in the blazing sun, the E-Type never objected, never got hot, never failed to move forward. (Credit the new head gasket, double-thick aluminum radiator, and twin electric fans.) That was the good news. 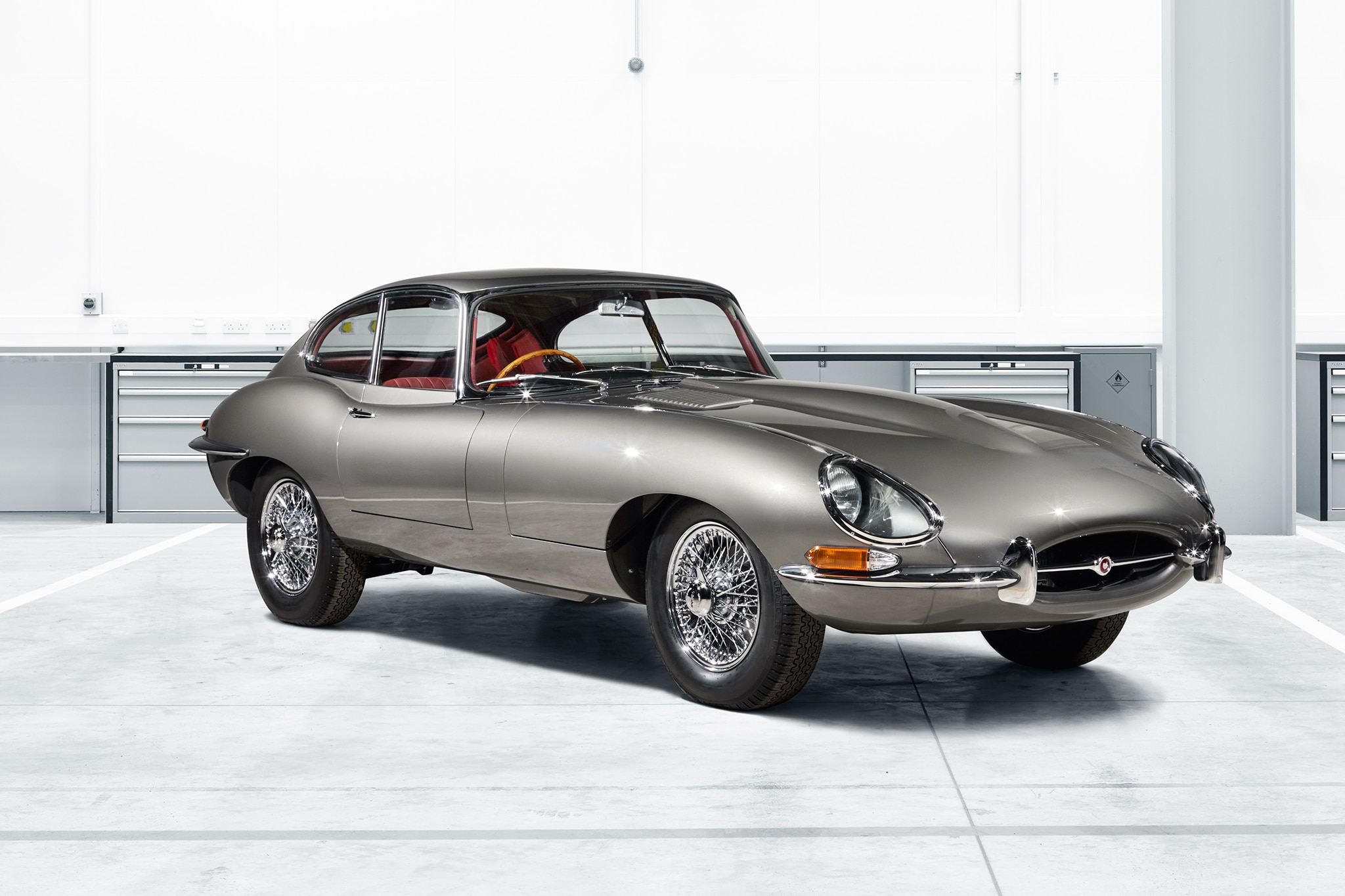 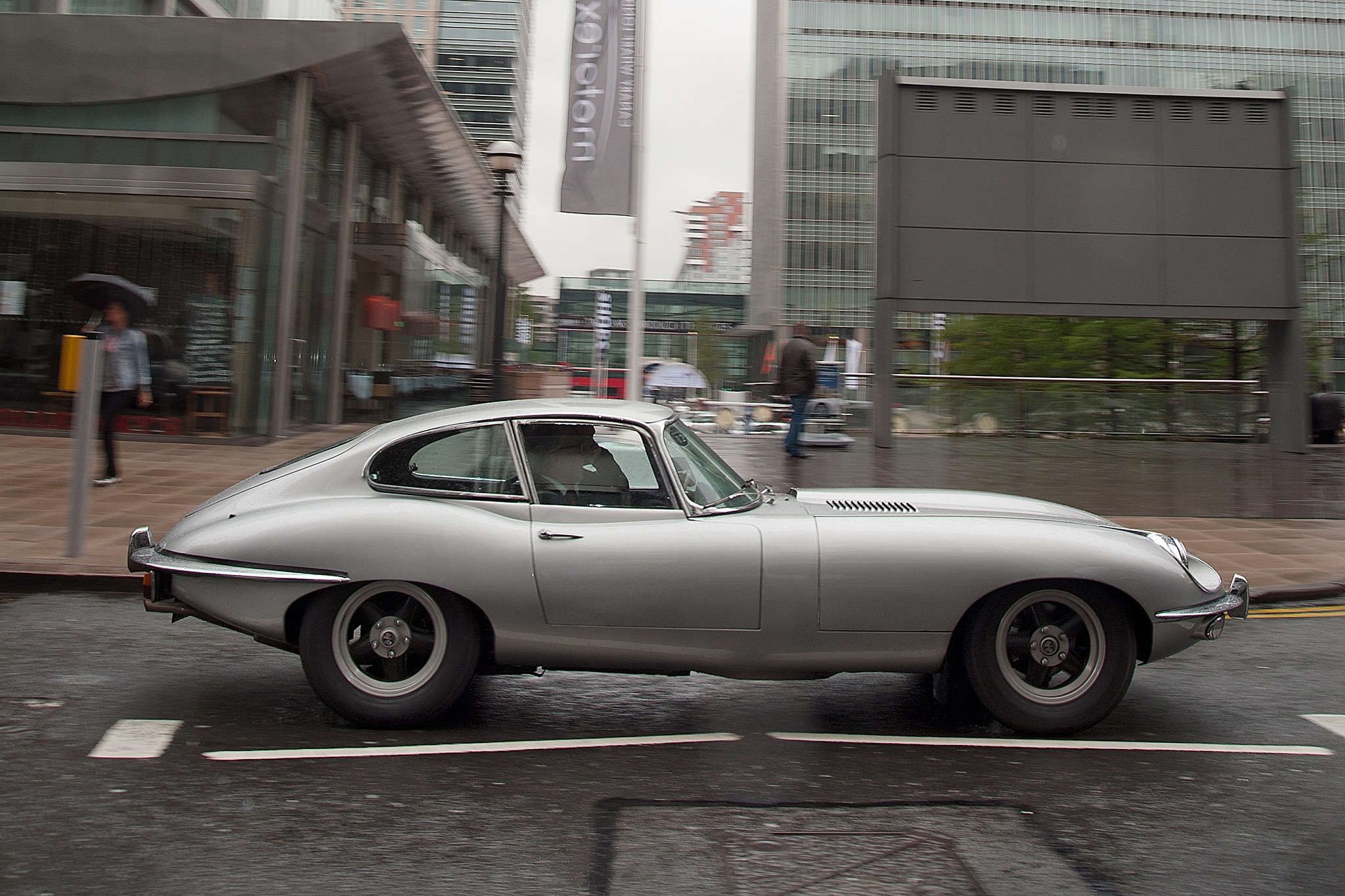 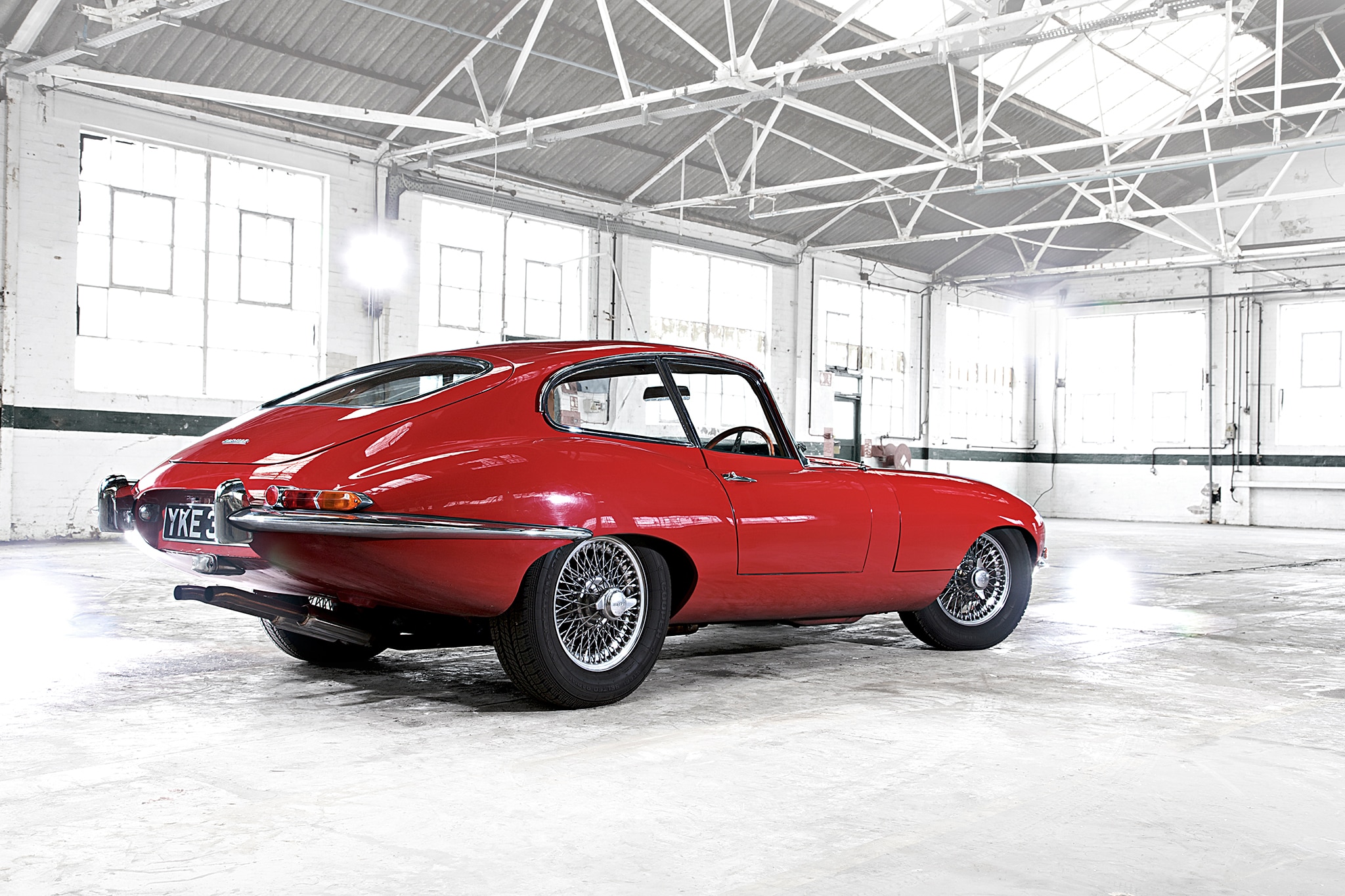 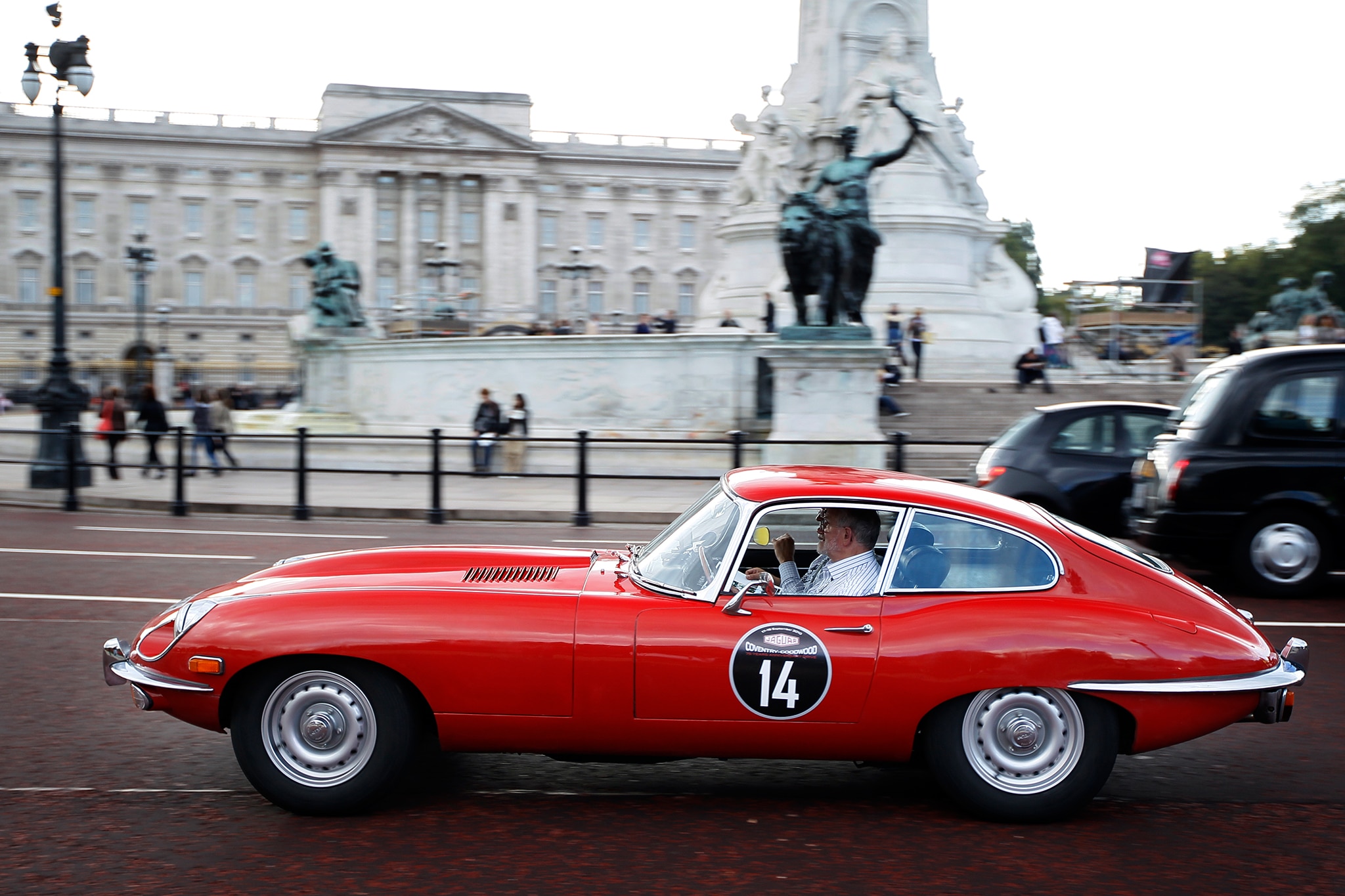 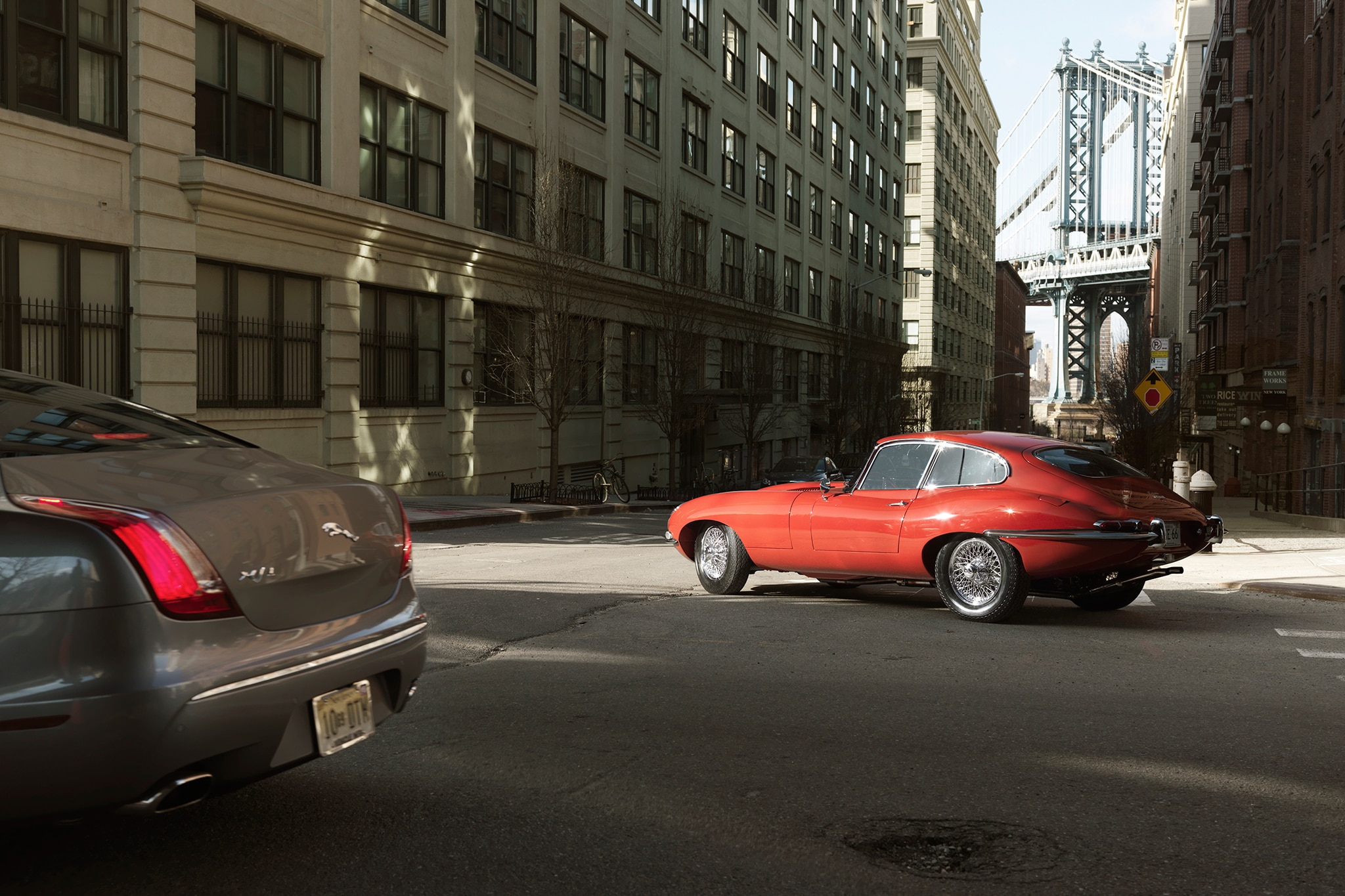 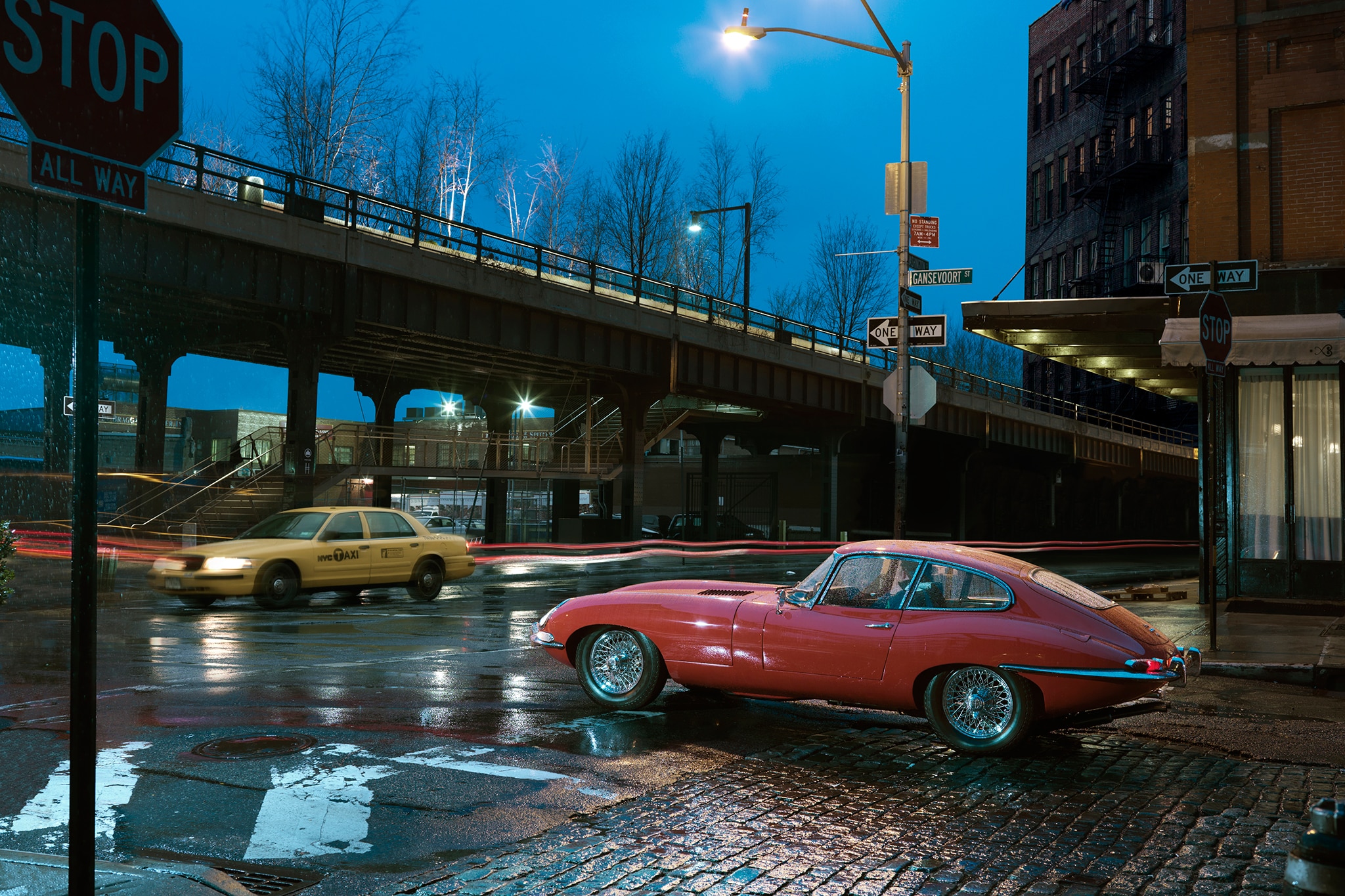 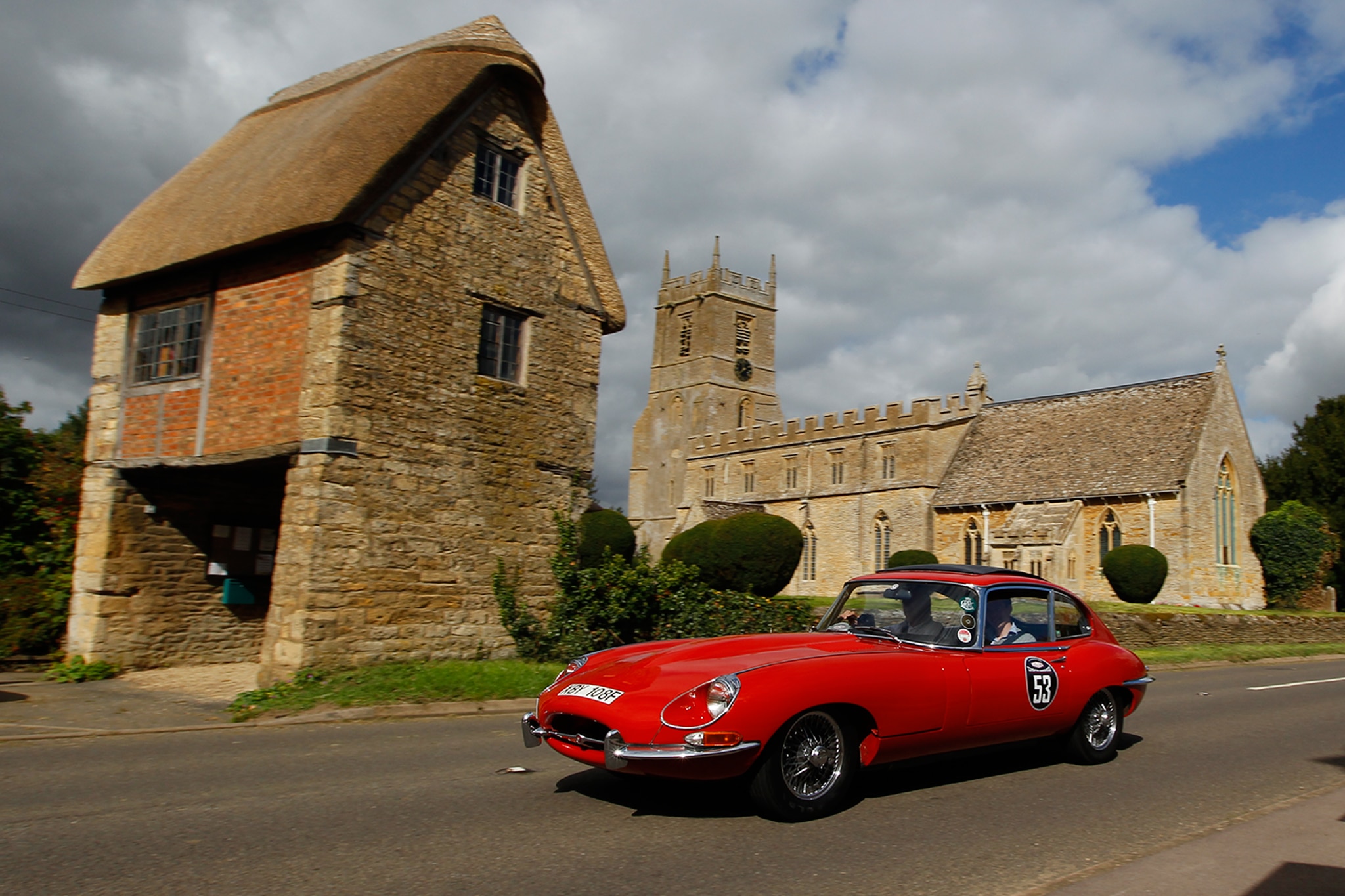 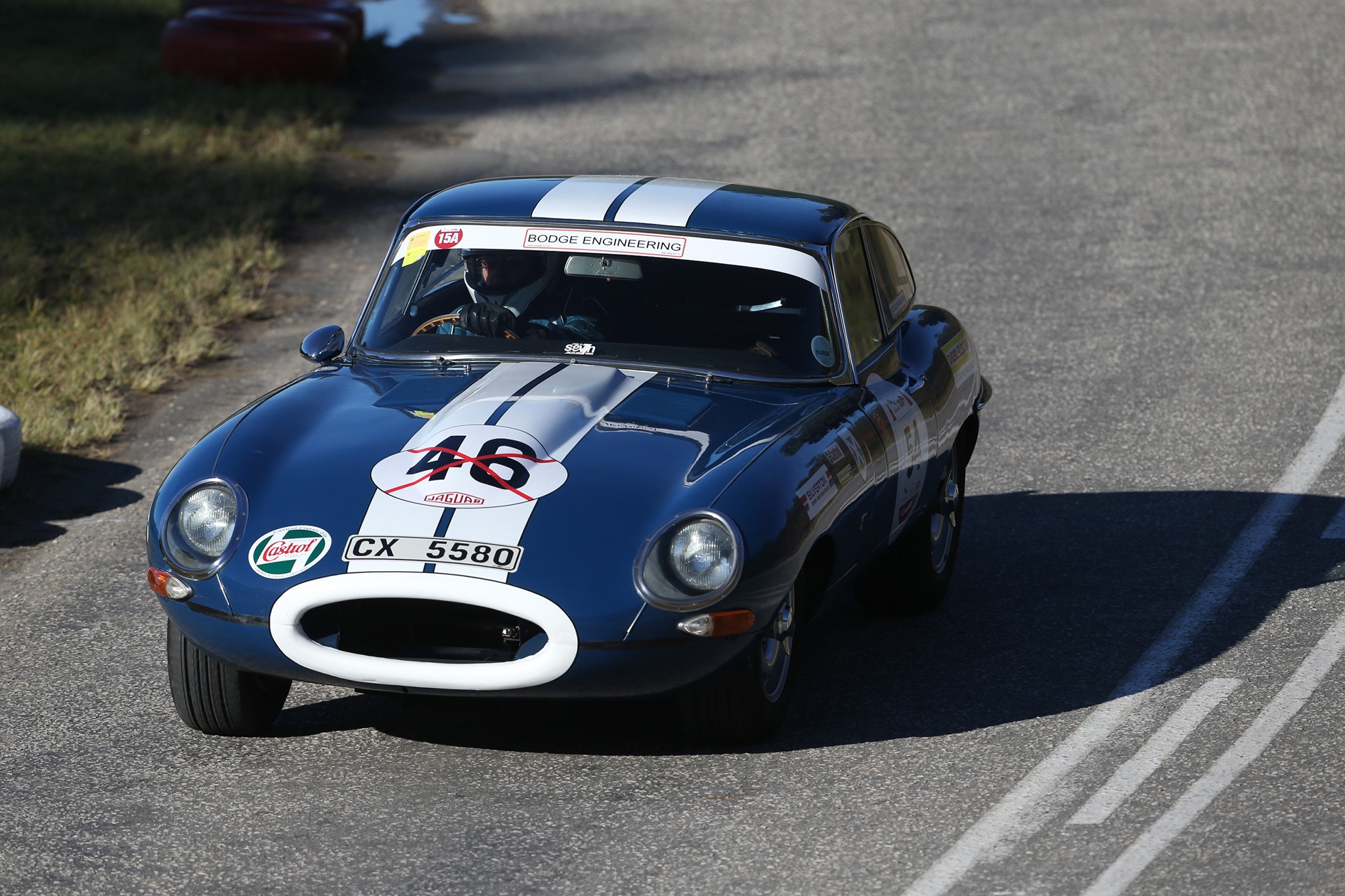 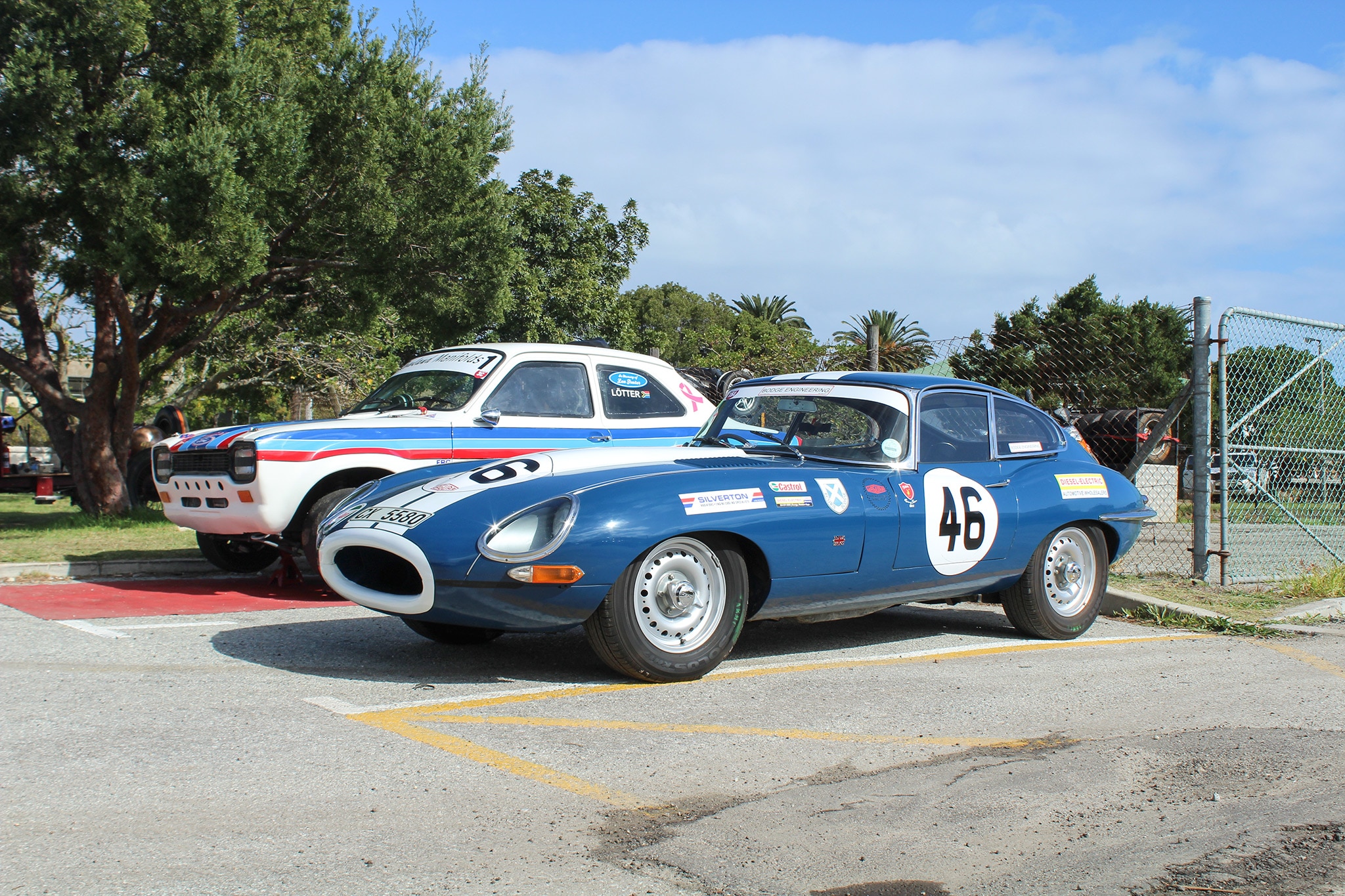 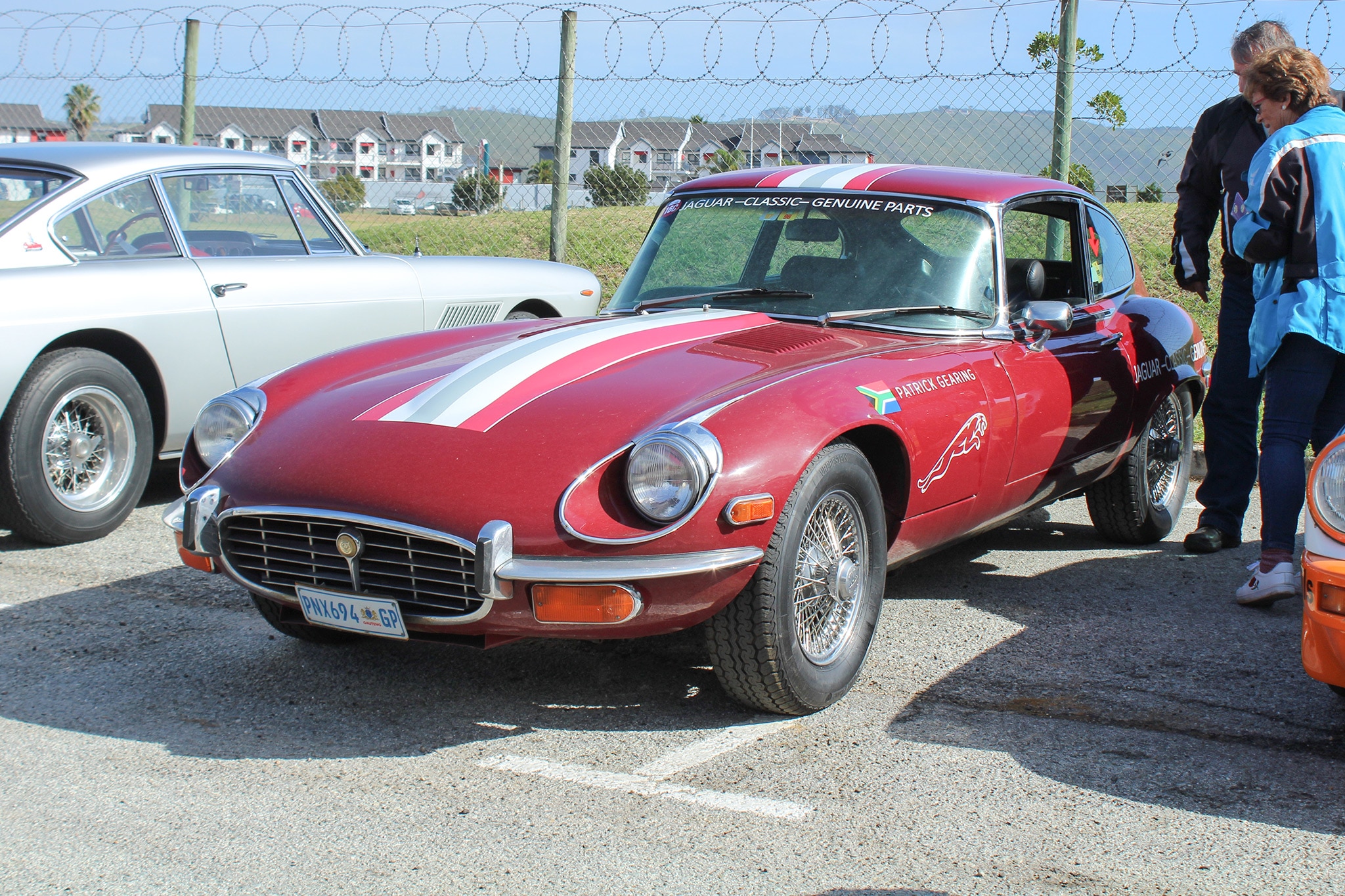 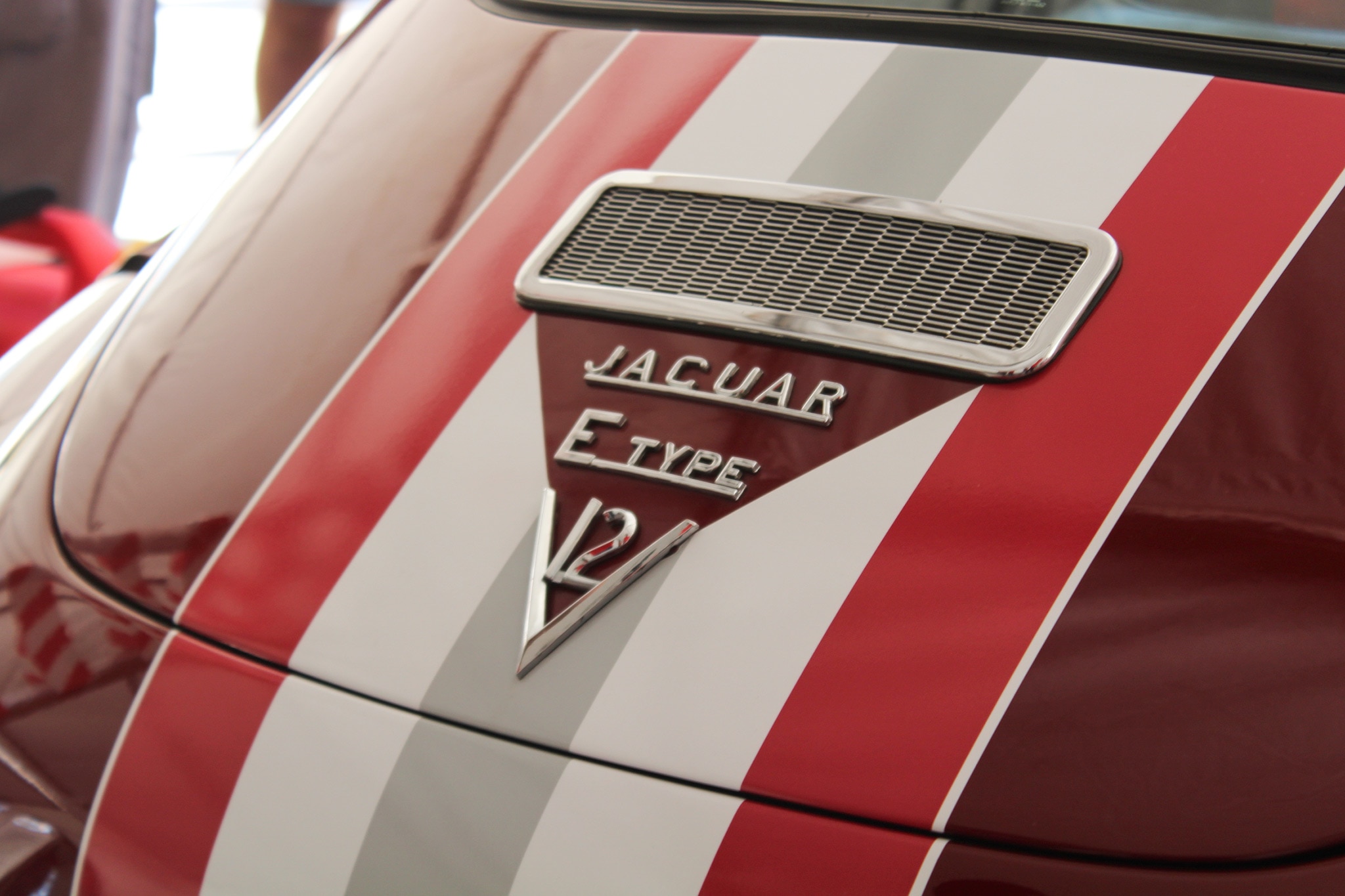 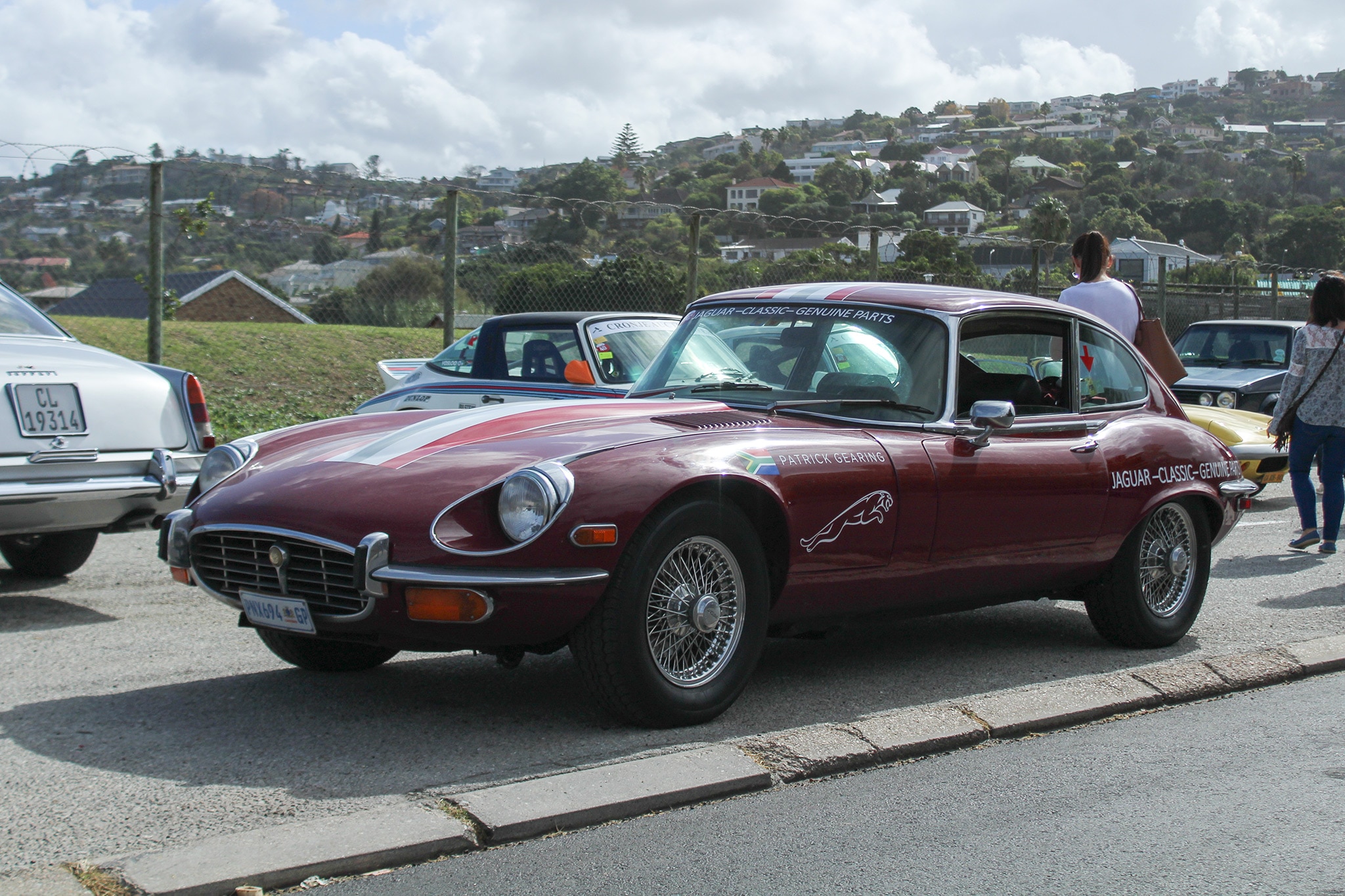 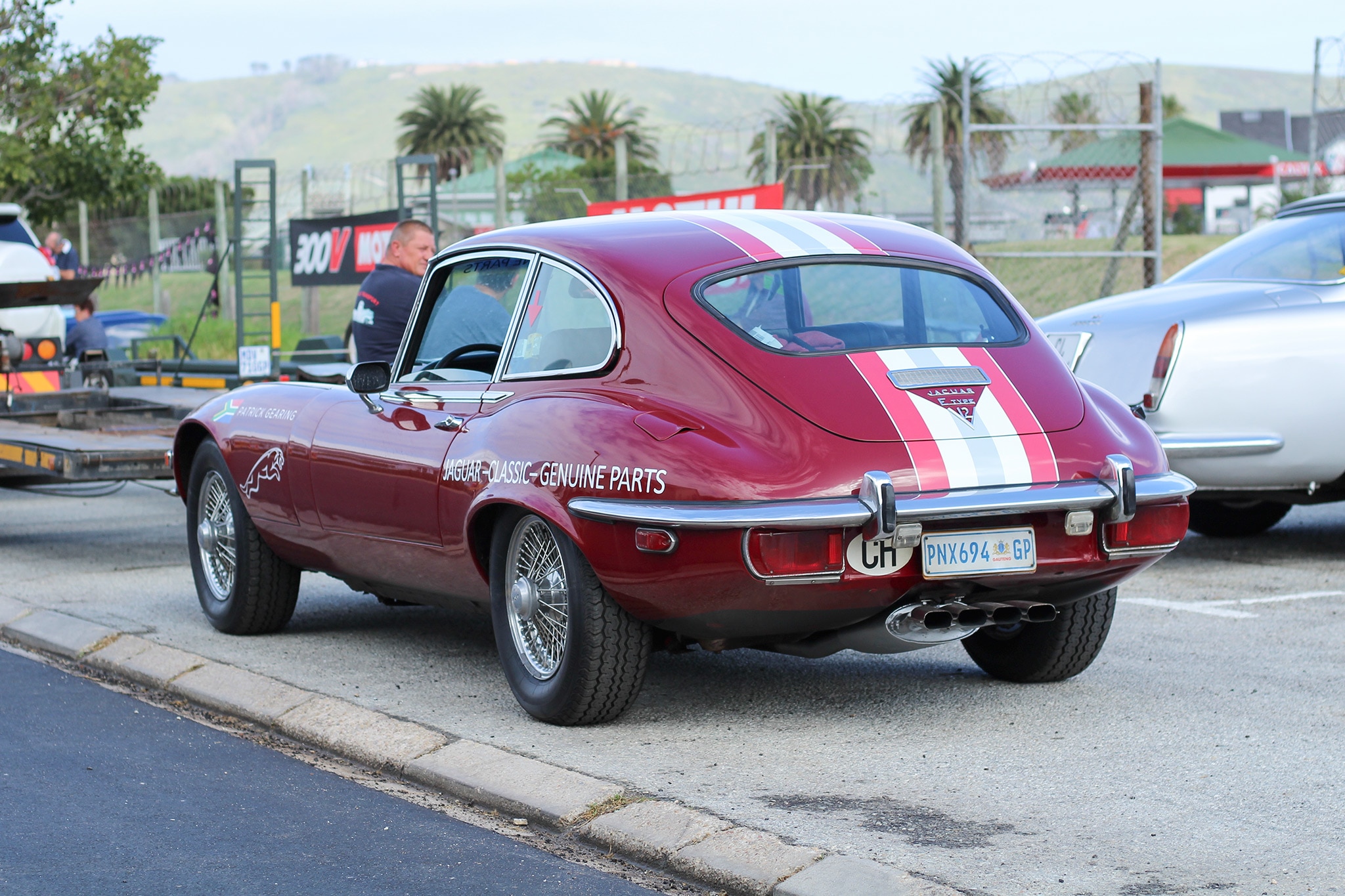 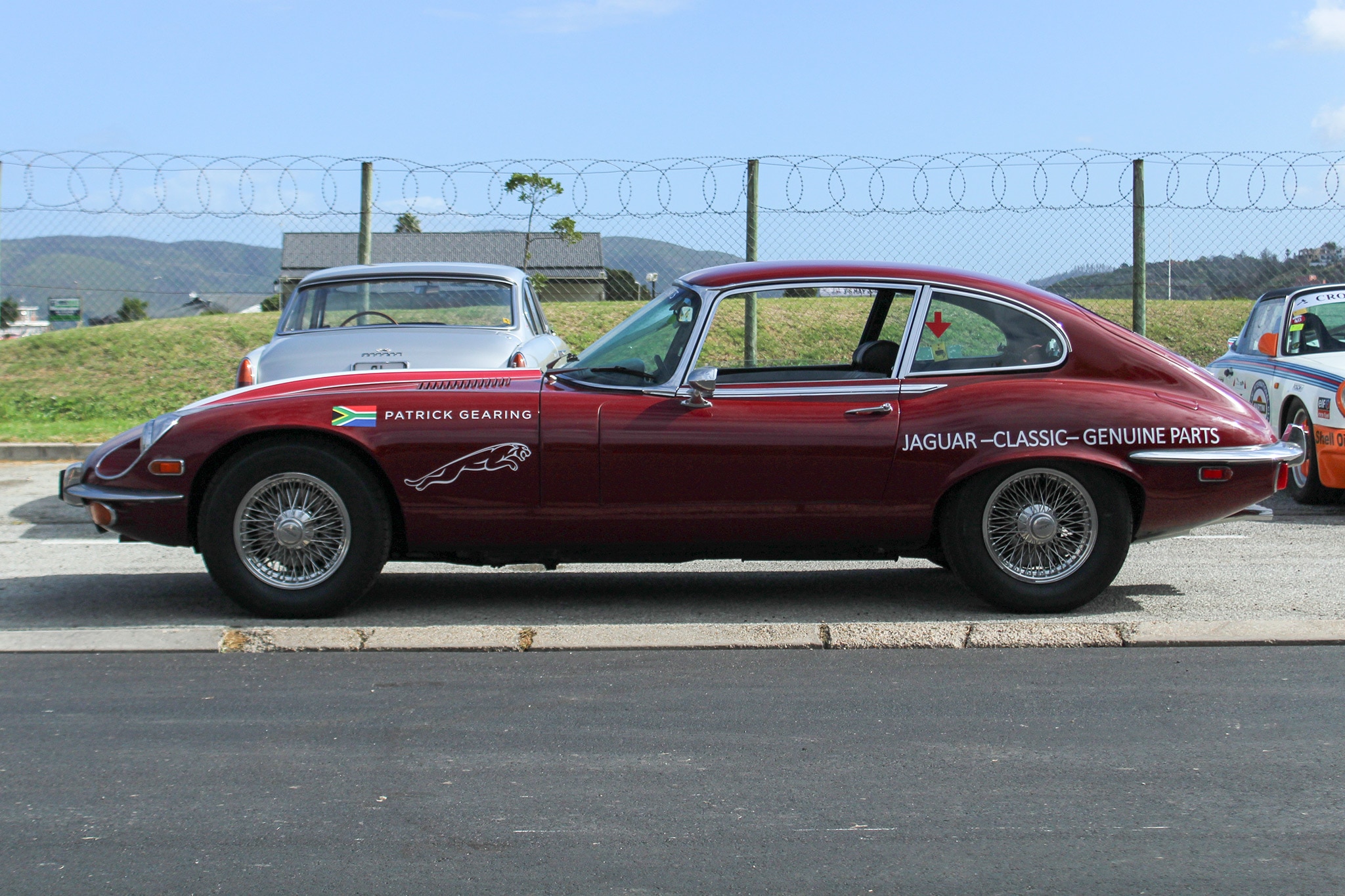 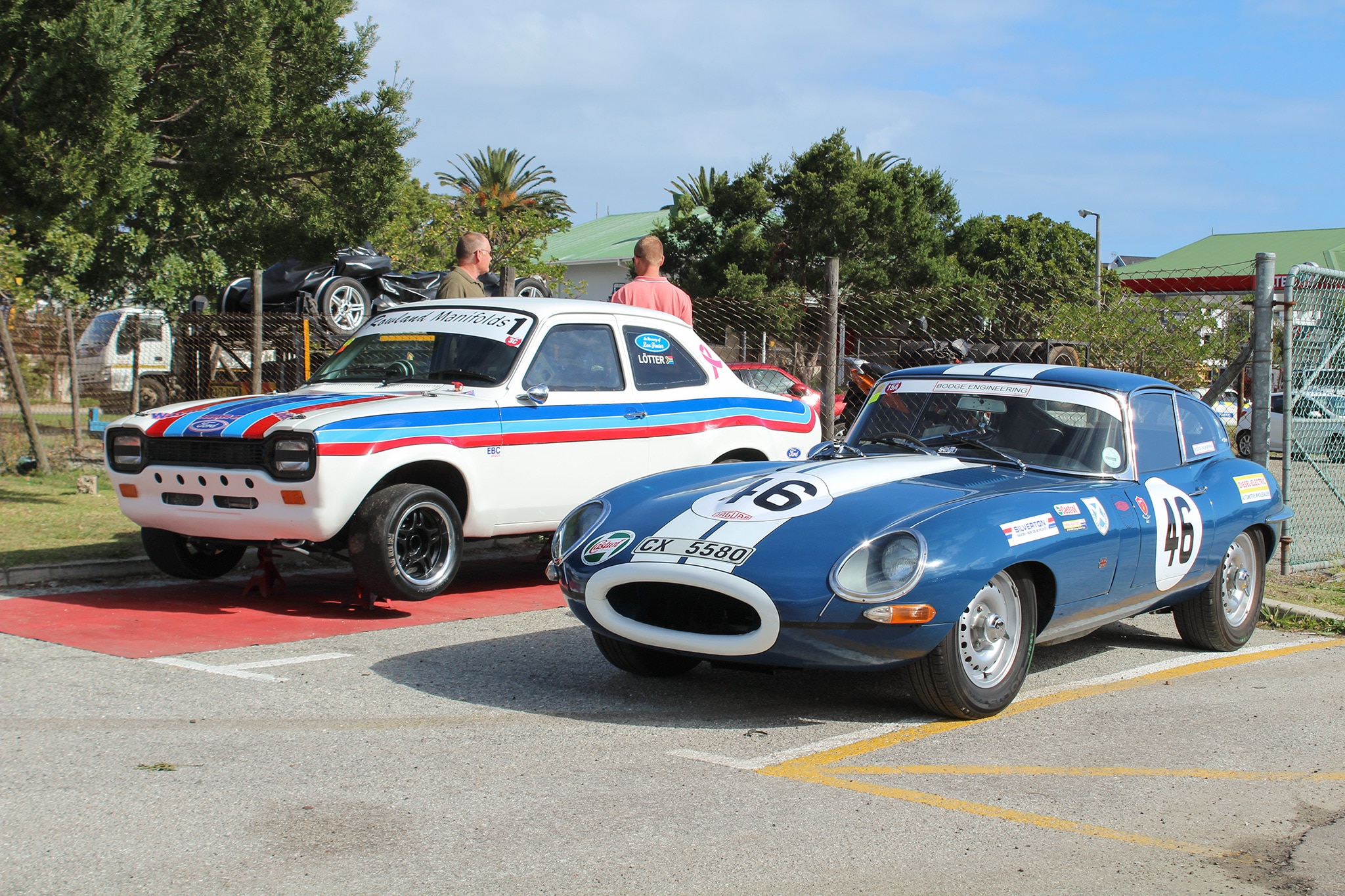 The bad news? Everything else. Traffic getting to the Long Island Expressway was horrific. Traffic on the expressway itself, also known to some locals as the Big LIE, was even worse. Decidedly not express, it was as if the parking lots of every NFL stadium in America had somehow become magically attached to each other on game day and my task was now to tough it out while waiting my turn to leave through the exit, located 32 gridlocked parking lots over.

Worrisomely, as the LIE’s obvious limitations grew, the Jaguar’s onboard navigation system—the Waze app on my phone—ingested the traffic data and kept sending me further and further south, diverting me to the Cross Island, then the Southern State parkway, and then Ocean Parkway, and possibly before that some minor parkway I’d never heard of. Traffic was so bad I was finally shunted down to the Robert Moses Causeway, so far south that it runs atop a thin spit of sand off the southern coast of the island. The Causeway was where I realized the gas gauge had gone from reading just under half full to basically empty in less than 20 minutes. (Easy to believe, as the Jaguar is hard-pressed to get 18 mpg on the highway and sees a depressing 11 to 14 mpg around town.) It was also here that I learned that the causeway and land which it traverses—undeveloped and largely unpopulated—has no gas stations or cellular service. Already hours late, I was concerned.

But then the fair hand of her majesty, the British car goddess Lucasia, came down and the causeway returned me to civilization and I soon enough happened upon a Sunoco station, where I’d find cold water for sale in an air-conditioned minimart. Filling up the car with premium fuel outside, I discovered I had 0.2 gallon of the stuff left in my tank when I pulled in. If I hadn’t already been sweating profusely, I would have begun to, just then.

While the temperature remained miserably, unseasonably broasting in the succeeding days of my trip, the roads were considerably more agreeable to the E-Type stretching its legs and then some. The cooling effects of the rushing wind would’ve been greater if the E-Type had vent windows, but their omission, like so many others, were compromises worth making to wind up with a car so stunning.

Mostly what I learned on this trip was that this car is not just exquisite in form, but it’s also a fast, sharp-handling road car with decent accommodation for luggage and a ride so supple for its day (thanks to its all independent suspension and the engineering wizardry behind it) that one can scarcely imagine it as an actual contemporary of any other British car, save possibly a Lotus Elan. Even by modern standards it rides well. It’s reasonably quick and it makes a pleasant noise. It stops well with its four-wheel disc brakes—inboard at the rear—and enjoys excellent manual steering, with useful road feel through its classical, large, and very real wood-rimmed wheel. Even without power steering, minimal heft is required to twirl it.

I could go on. But when the trip was done, I felt like the E-Type is a car you can love not just for its looks but also for what it can do. It’s more robust than you might fear and, most important, genuine fun to drive, which at the end of the day isn’t true of a lot of cars you might think you’d love. It’s also what counts most.

I think I’ll be keeping it. 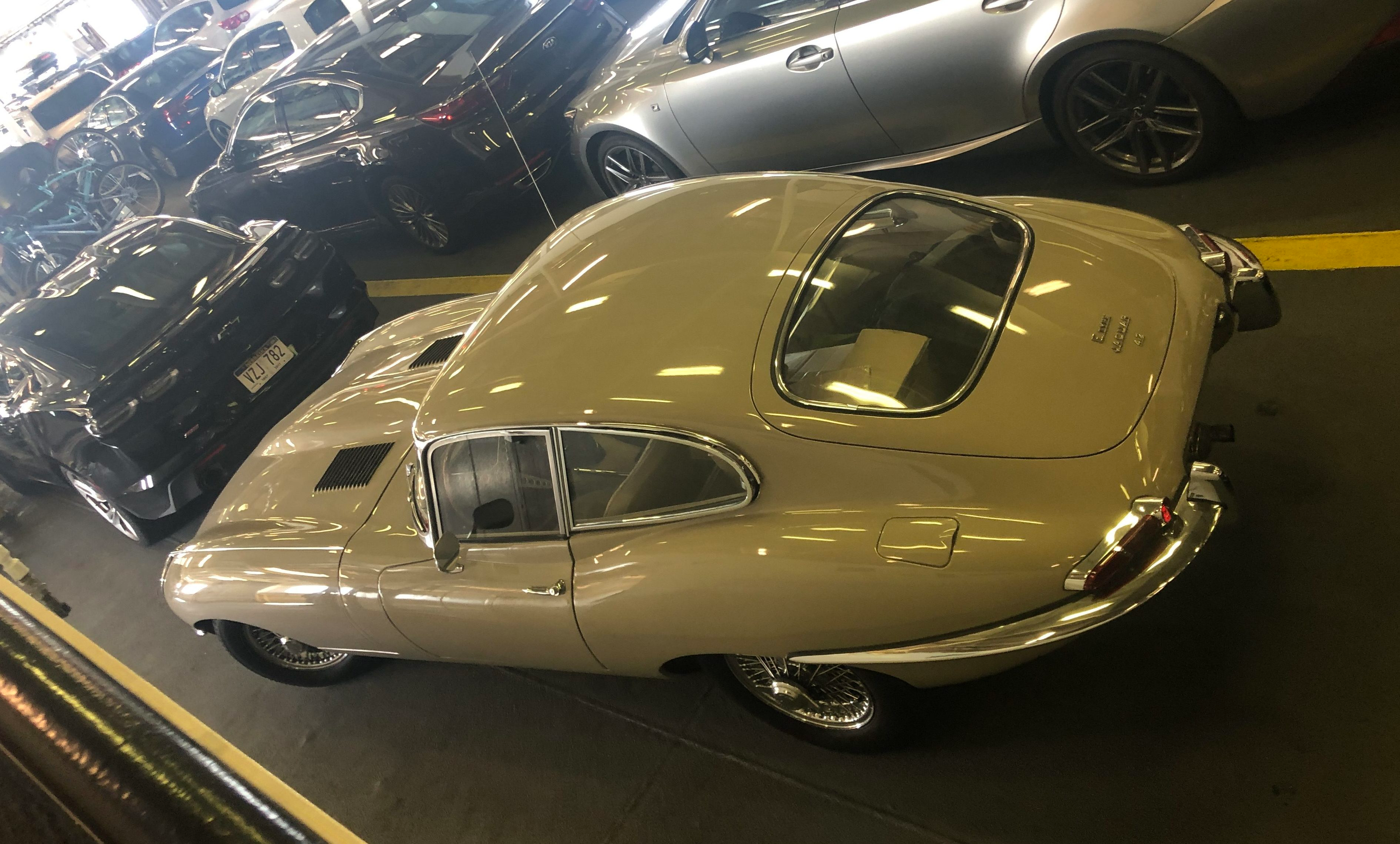