BMW’s largest and most luxurious SUV, the X7, was refreshed just yesterday but we know an update is currently under development for the X5 and X6 family, too. We’ve seen prototypes of both models – in both standard and M forms – testing on public roads, and now it’s time to take a look at what hides underneath the camouflage. Of course, it’s too early for an official preview, which means all we can do for now is share detailed unofficial renderings.

In this case, our friends from Kolesa.ru have these new virtual drawings unhiding the design changes of the X5 LCI. For the uninitiated, LCI stands for Life Cycle Impulse in BMW’s world, or put simply, a mid-cycle refresh. As previewed in these two renderings, the luxury SUV from Bavaria will most likely retain its aristocratic appearance, which will be enhanced by a more refined look for the front fascia. 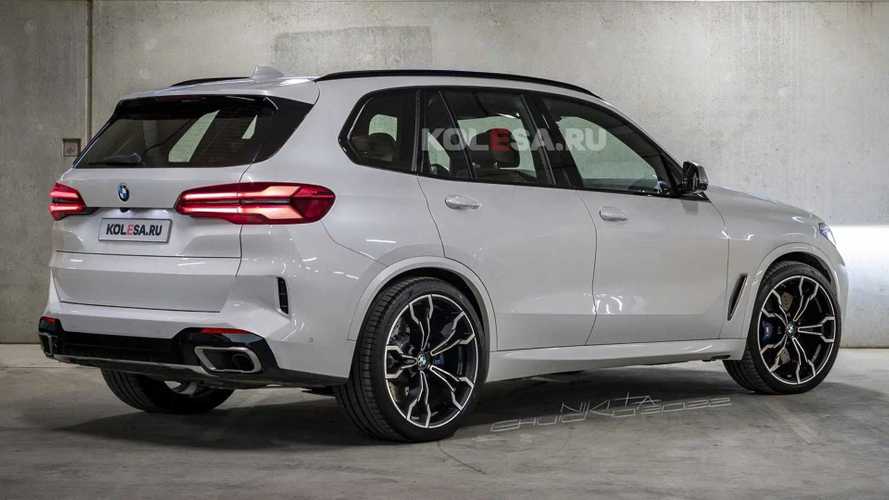 There, a pair of sleeker new headlights are expected with modified internal LED graphics. Thankfully, the facelift won’t bring an oversized grille or the facelifted X7’s split-headlight layout. Instead, the X5 LCI will keep things simple with just a few minor tweaks, including a more muscular and prominent bumper with larger L-shaped air openings. The lower grille design could also be changed a little.

There are probably going to be even less notable changes at the back, judging by these renderings. The taillights look refreshed with new graphics and the lower section of the bumper where the diffuser sits also appears to be modified. Not much else can be expected as far as the rear end is concerned.

On the tech side, there are rumors about a new V8 engine replacing the long-running N63 engine that has been around since 2008. According to the available information, the new S68 unit will feature the same twin-turbo V8 configuration with a hot-vee layout, but will almost certainly have some sort of electric support. Word on the street is the new motor will be more efficient and slightly more powerful than its predecessor with an expected output of 535 horsepower (399 kilowatts).