BMW must’ve missed the world premiere of the Mercedes EQS because it claims the i7 will be the “world’s first purely electrically powered luxury sedan.” Anyway, these excellent images were shot in Arjeplog, Sweden where the BMW Group has a winter test center. It’s currently being used to put the finishing touches on the drive and suspension systems of the first electric 7 Series.

The Bavarians are adopting the “Power of Choice” strategy for their next flagship by selling the luxobarge with gasoline, diesel, plug-in hybrid, and electric powertrains. The world premiere is scheduled to take place next year when we will also be seeing the i7. For now, we get another opportunity to see a fully camouflaged prototype carrying the production body, but not the final headlights and taillights. 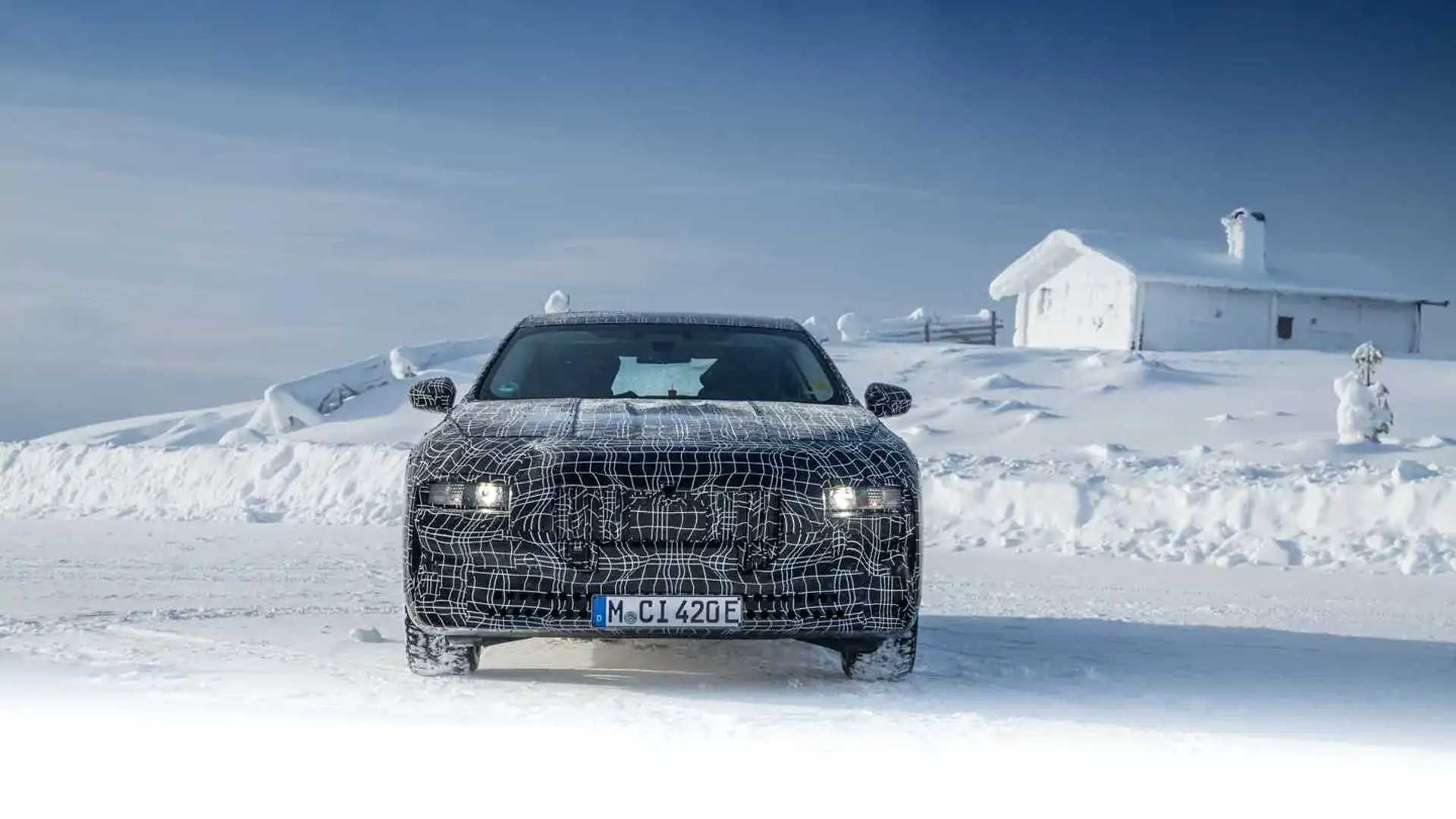 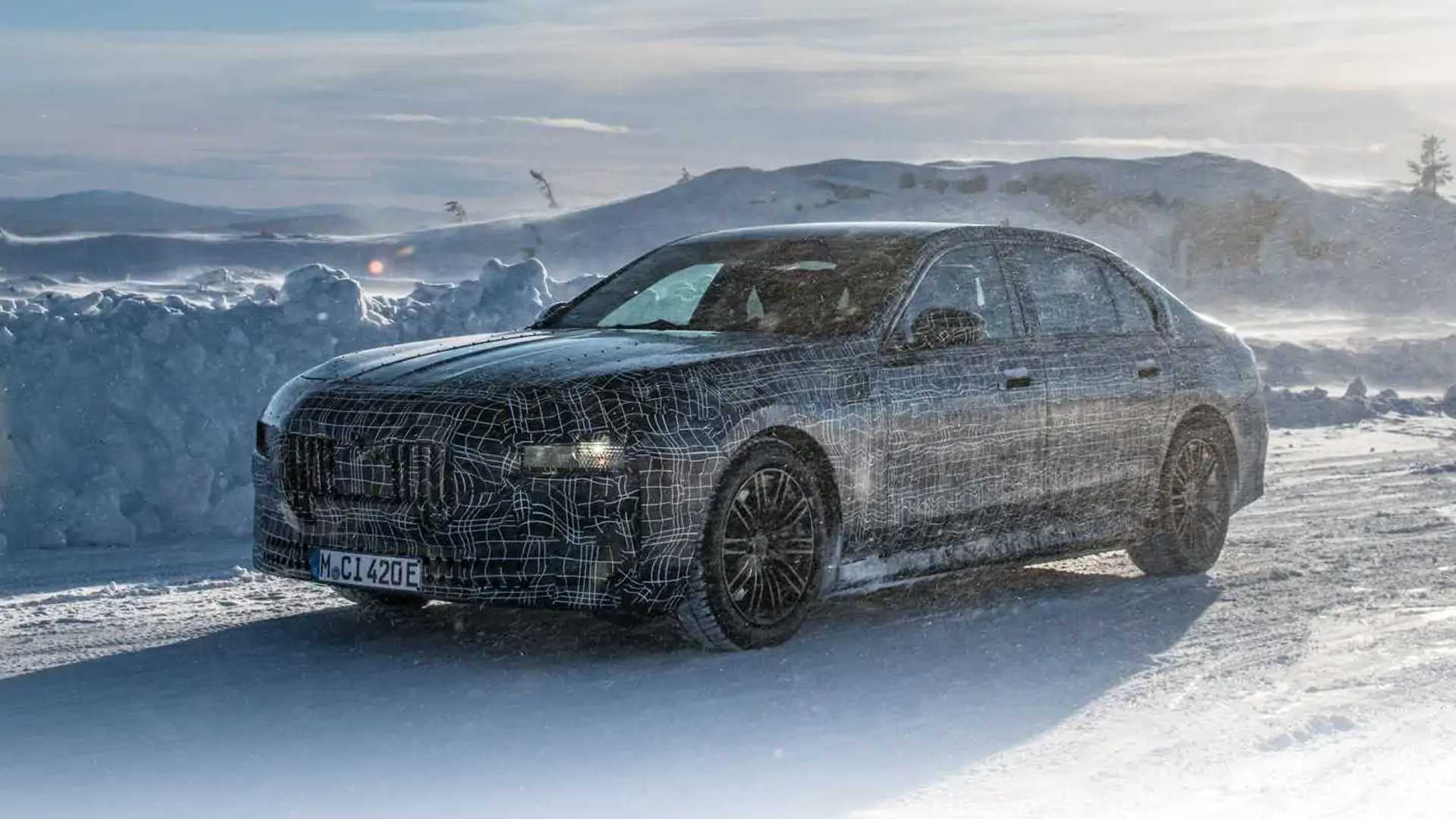 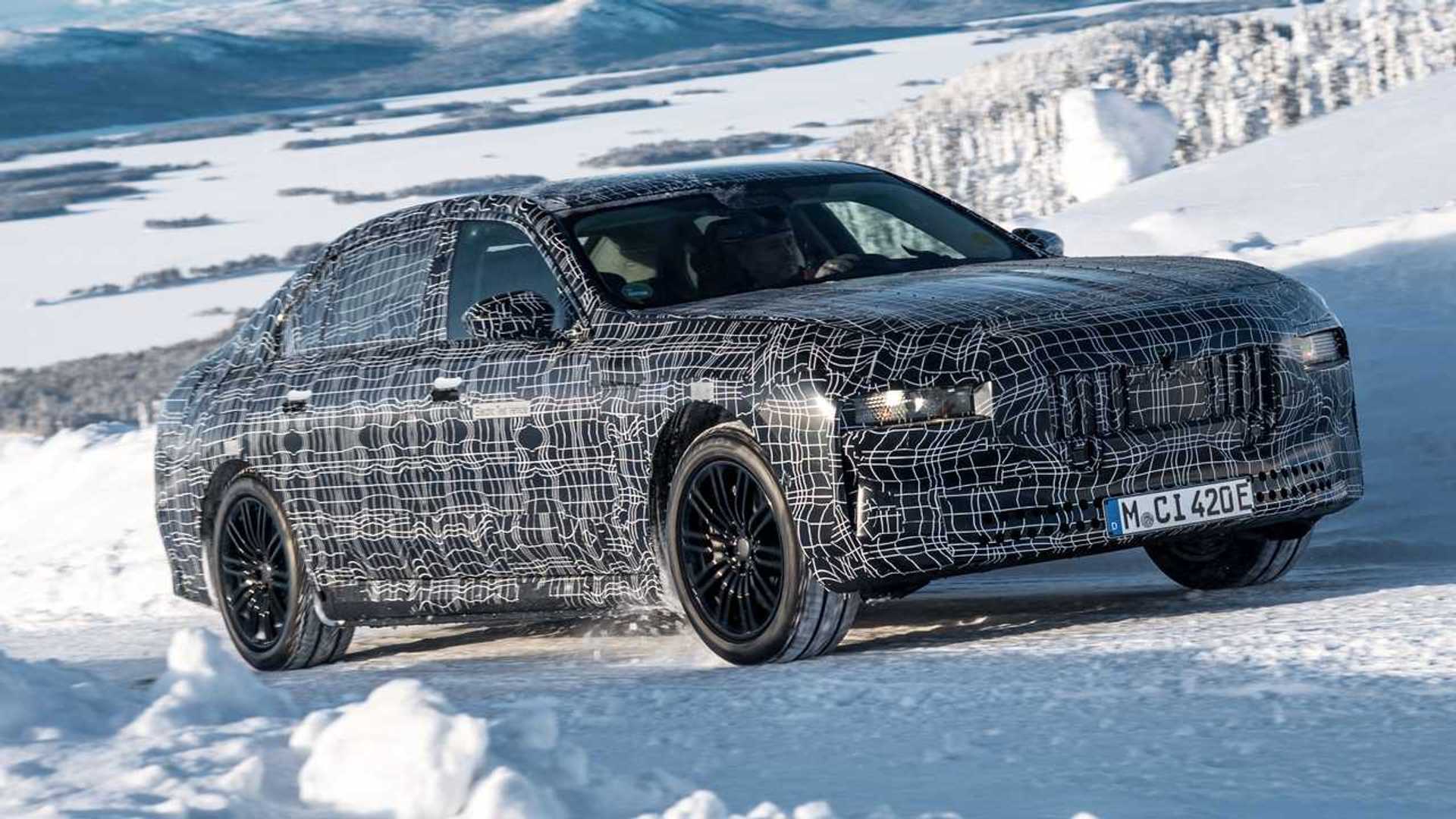 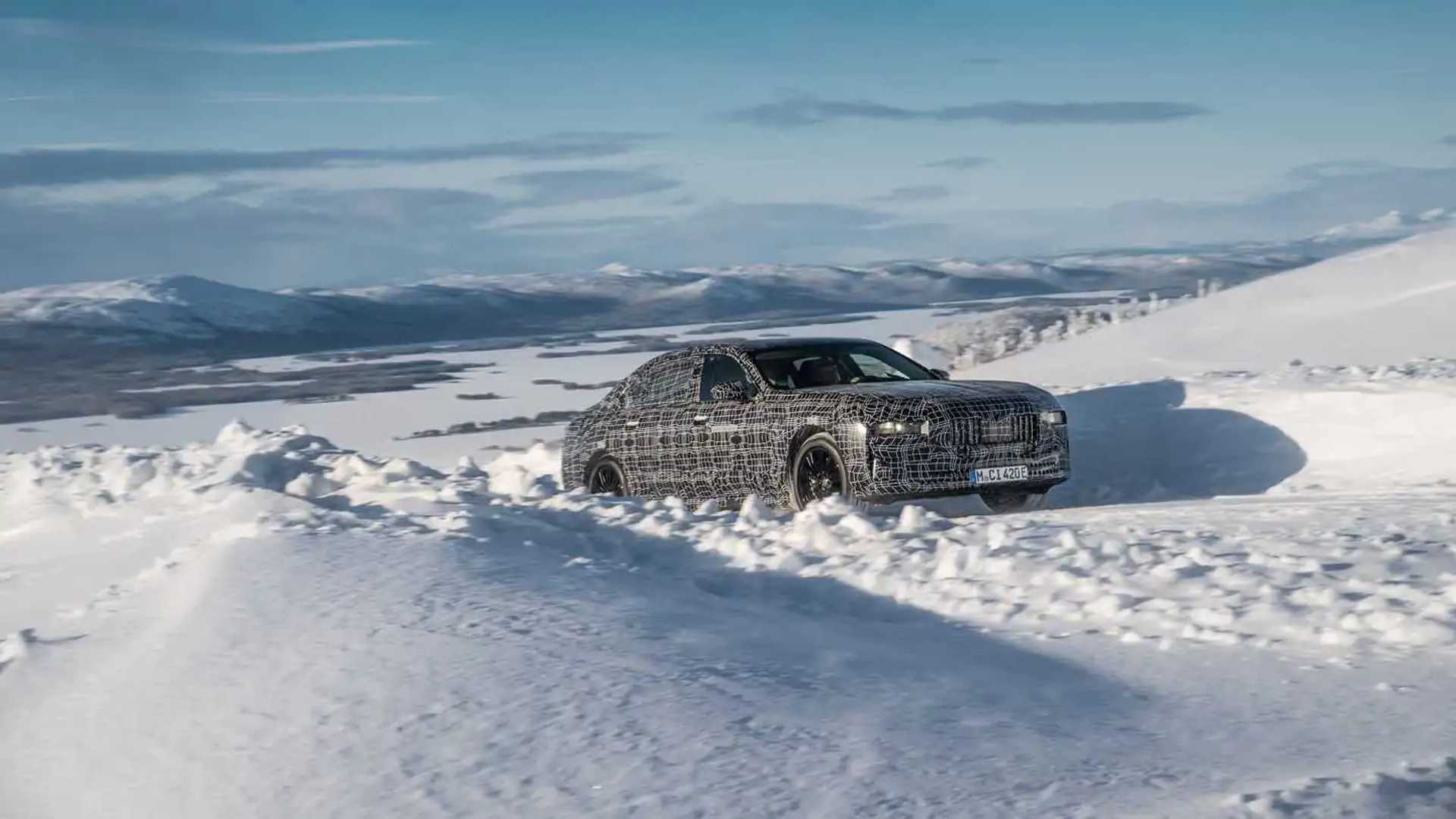 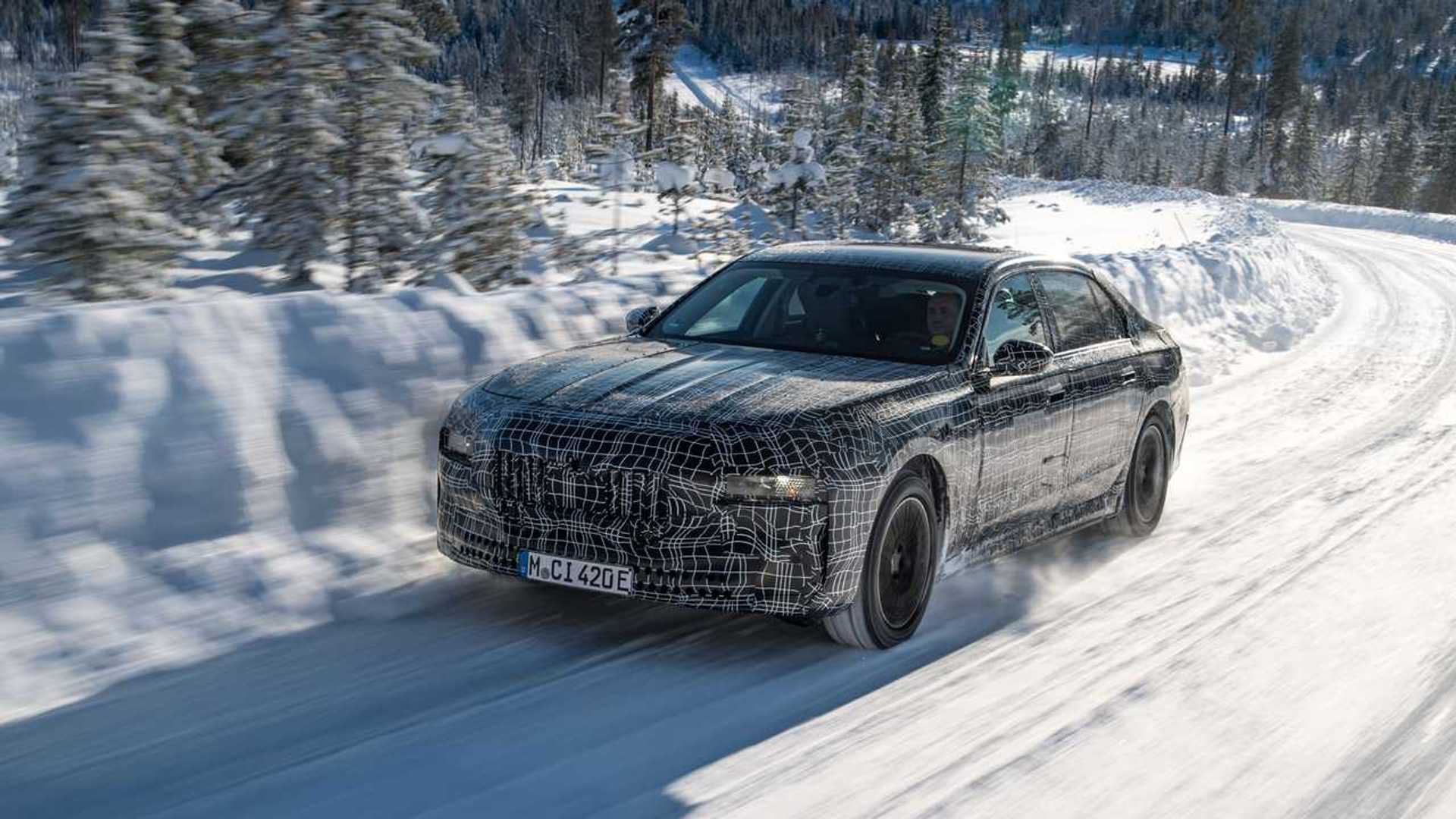 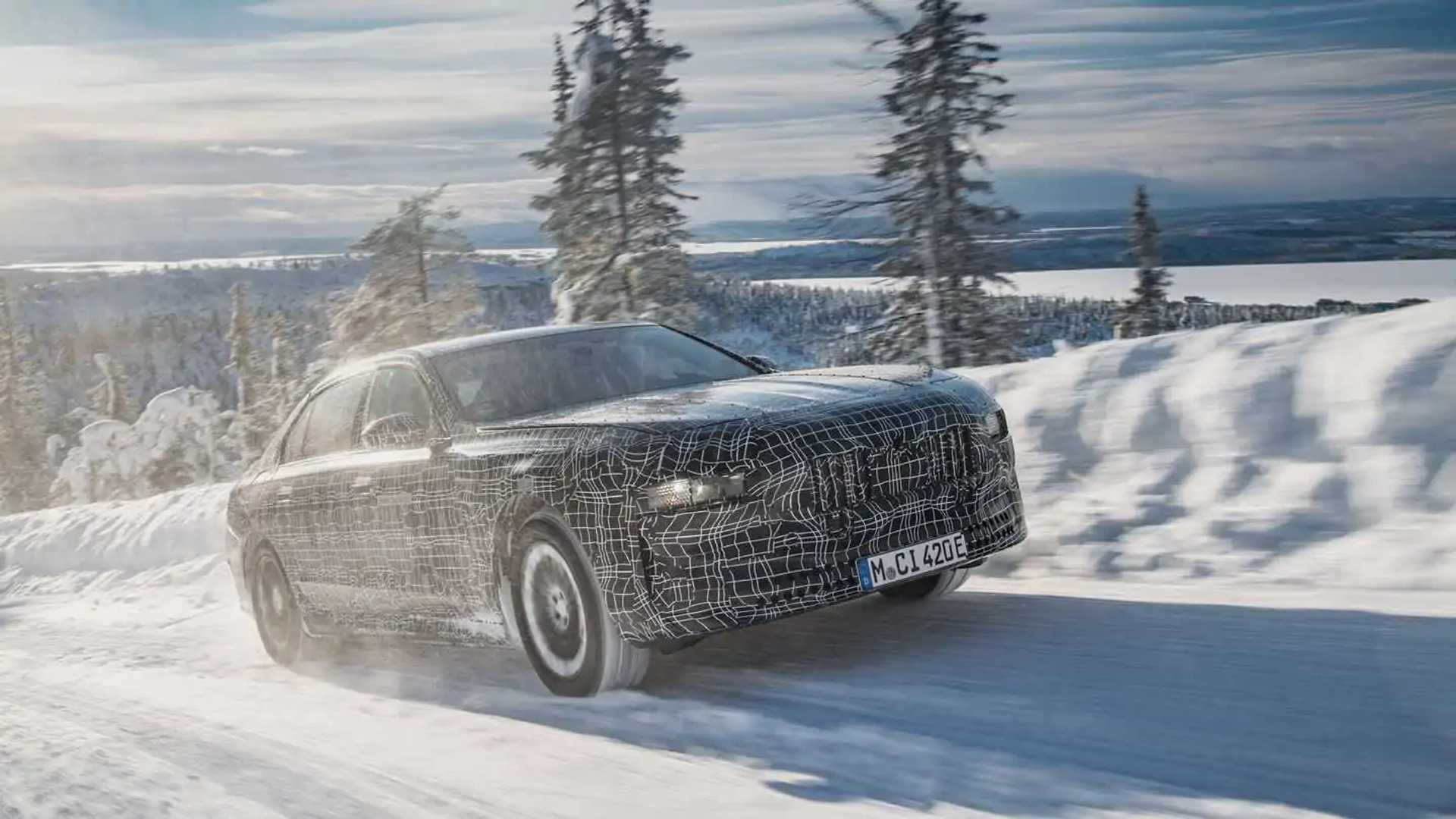 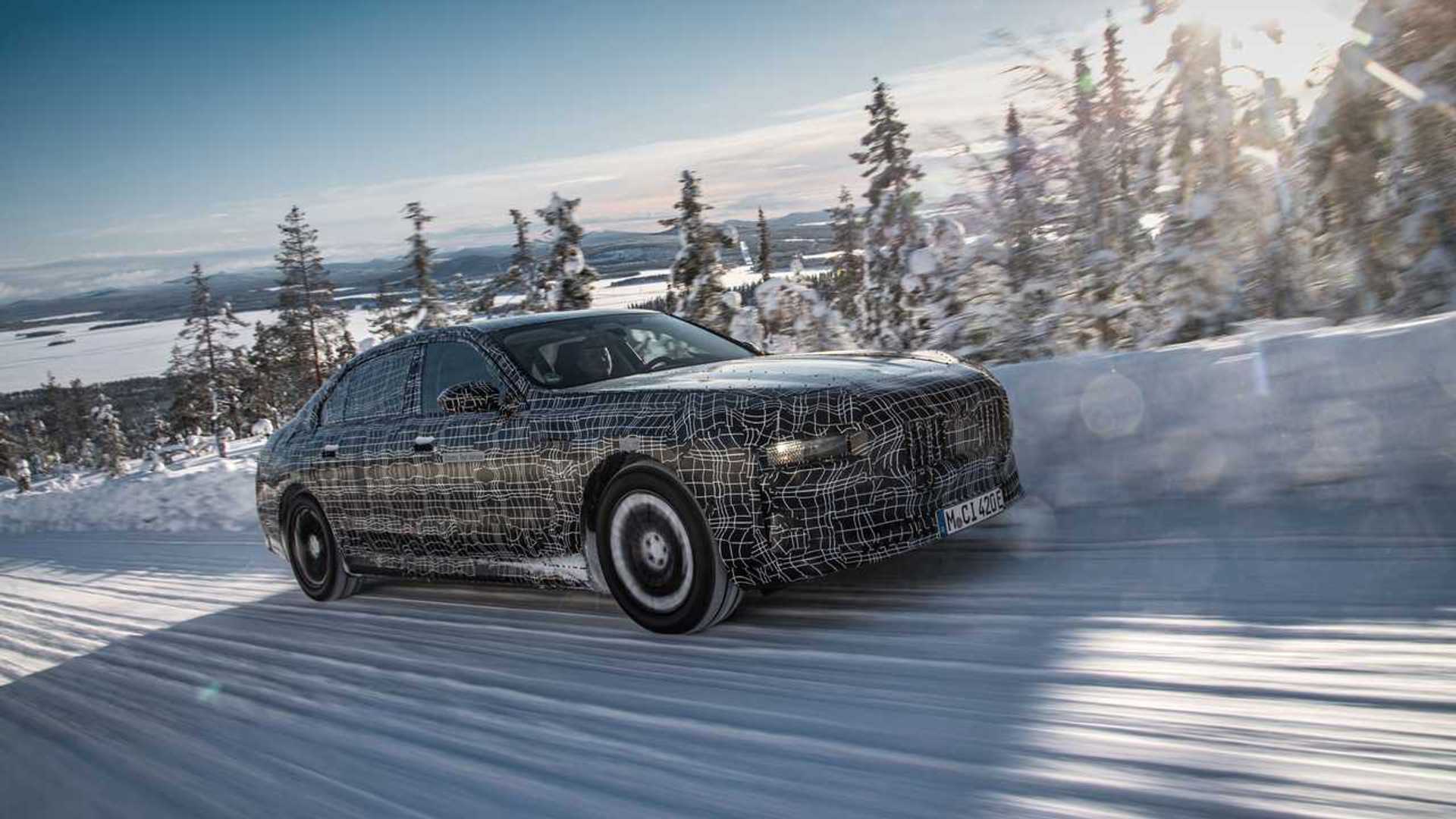 Having seen the wild Concept XM earlier this week, we can now firmly say the upcoming flagship sedan will also get an already controversial split headlight design. The visible lights at the front are a provisional set for the low/high beams while the upper strip of daytime running lights remains hidden under the disguise.

As spy shots have revealed, the i7 will look largely the same as the conventionally powered 7 Series. Why is that the case? Because unlike the EQS we mentioned earlier and its bespoke electric platform, the new crown jewel of the BMW lineup will use the same architecture as the versions equipped with combustion engines.

Driven on the frozen lakes located just a few miles away from the Arctic Circle, the i7 prototype has the company’s newly designed door handles that remain flush with the bodywork for improved aerodynamics. Those white door handles are nothing but stickers located right above the real ones. We also get to see the location of the charging port on the rear fender on the passenger side.

BMW confirms the electric 7 Series will use the fifth-generation eDrive technology already implemented in the iX electric SUV. The silent sedan is currently being evaluated under temperatures well below zero to make sure the battery and the temperature control system are up for the job even in such a harsh climate. At the same time, engineers are also keeping an eye on the friction brakes and the automatic deceleration through the energy recuperation system.

With the prototype still lacking some of the production bits, it tells us the official reveal will probably take place in the second half of 2022. Sales should start by the end of next year or early 2023.