Get acquainted with Volkswagen’s smallest crossover for the US market.

Volkswagen’s global SUV lineup is mind-bendingly complicated, especially if we’re talking about small to compact models. North America doesn’t get the T-Cross and T-Roc available in Europe and other parts of the world, nor does VoA sell the Tacqua, Tharu, Tayron / Tayron X, or the Tiguan X available in China. To make things right, a new sub-Tiguan model is being added to the lineup for the 2022 model year.

To better show off the Taos, the company has dropped a couple of videos putting the spotlight on the vehicle’s inoffensive design. Essentially an “Americanized” variant of the aforementioned Tharu, the new small crossover from VoA won’t offend anyone with its safe design. It’s being featured here in the top-of-the-line SEL specification, although we’re hoping a sportier-looking R-Line model will follow.

Even without an R-Line specification, buyers will be able to opt for 19-inch wheels should they consider the standard 17-inch set or the two 18-inch designs are not large enough. The Atlas and Atlas Cross Sport design cues on the outside are quite obvious, while the interior also looks oh-so-familiar without breaking the mold in any way.

For a completely revamped cabin, we’ll have to wait for VW to adapt the Golf 8’s interior for a crossover, which is probably only a matter of time. The electric ID.3 hatchback and ID.4 crossover follow the Golf’s less is more approach on the inside, and we’ll likely be seeing more of this theme in the coming years. 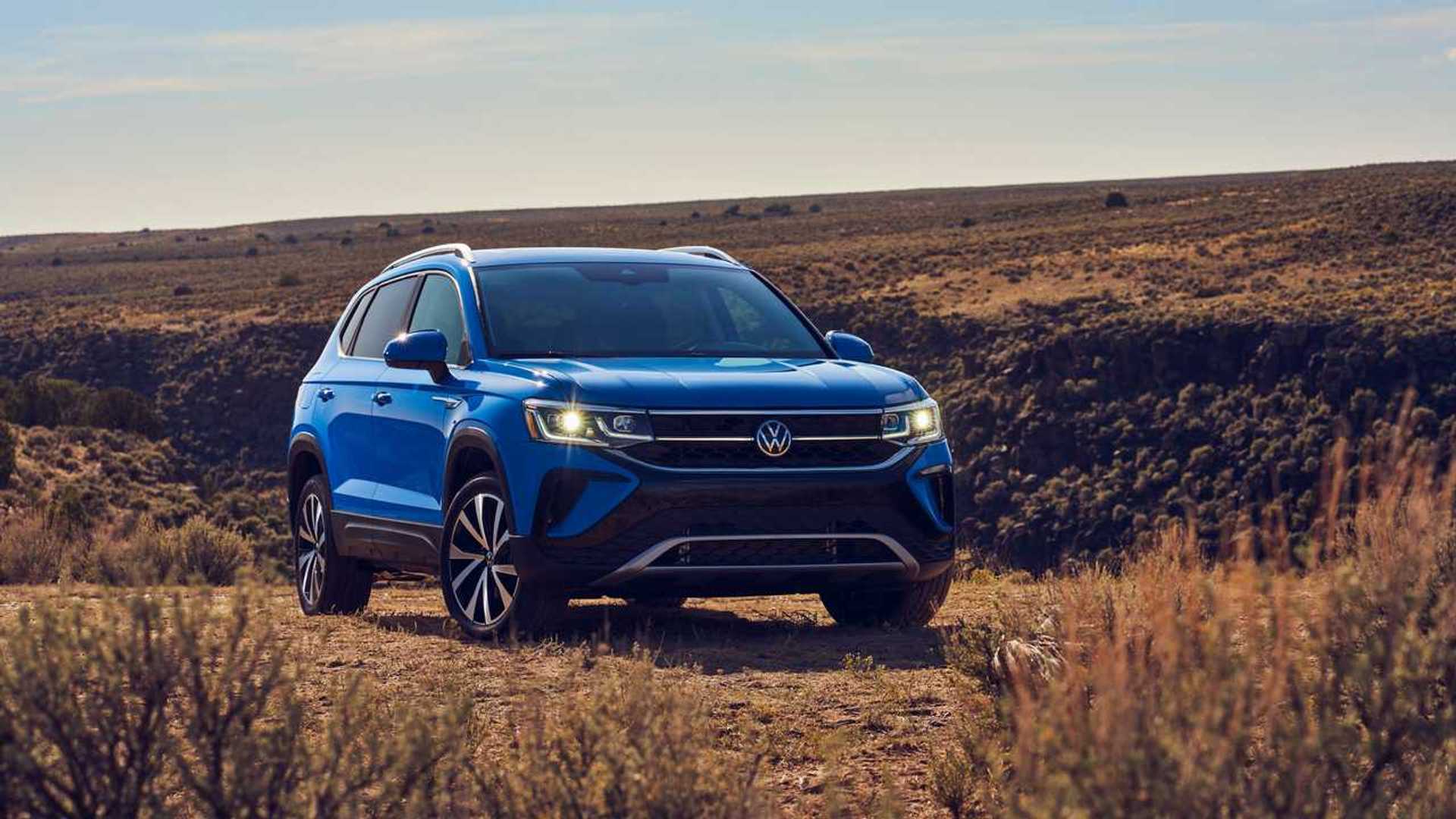 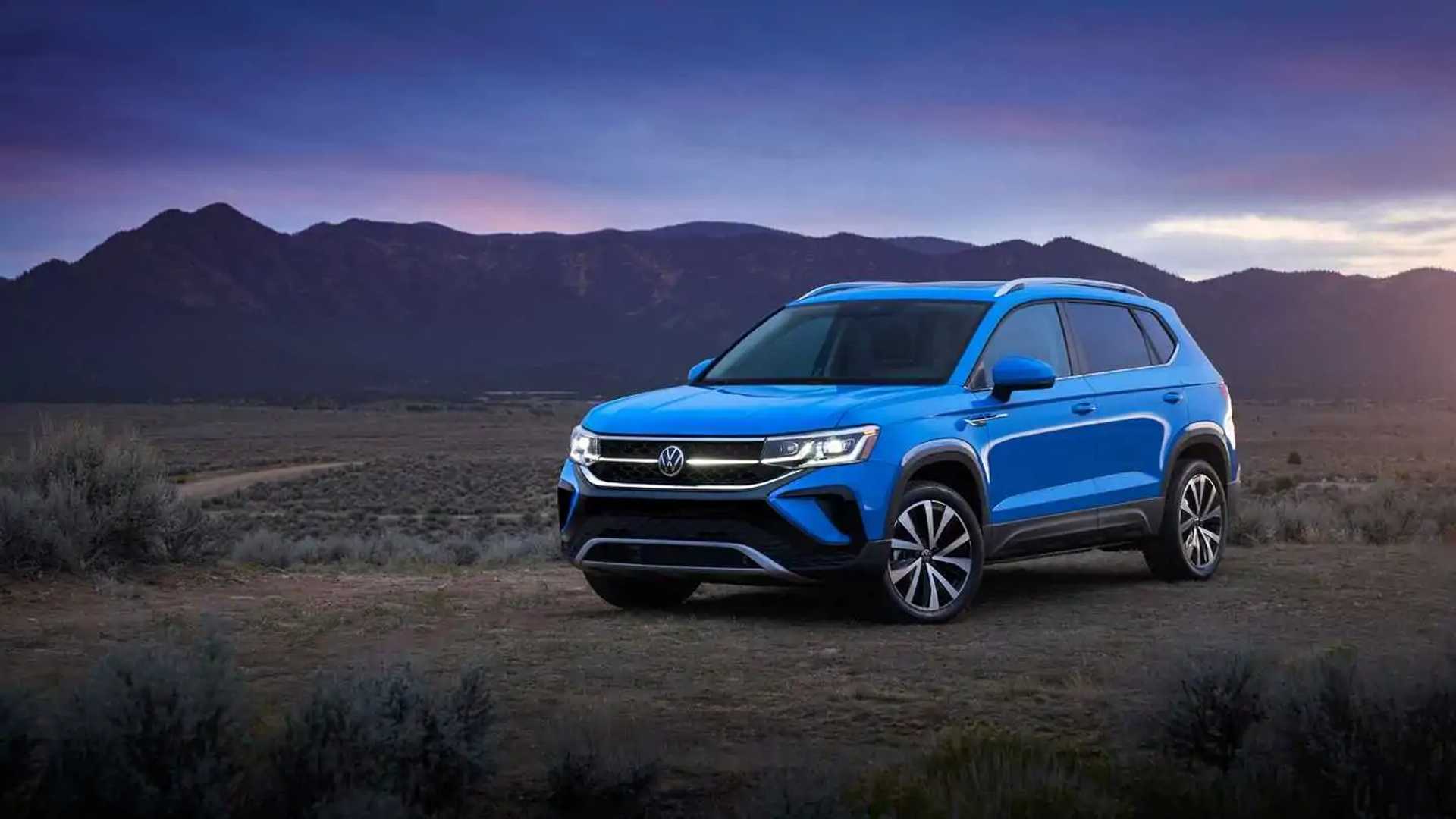 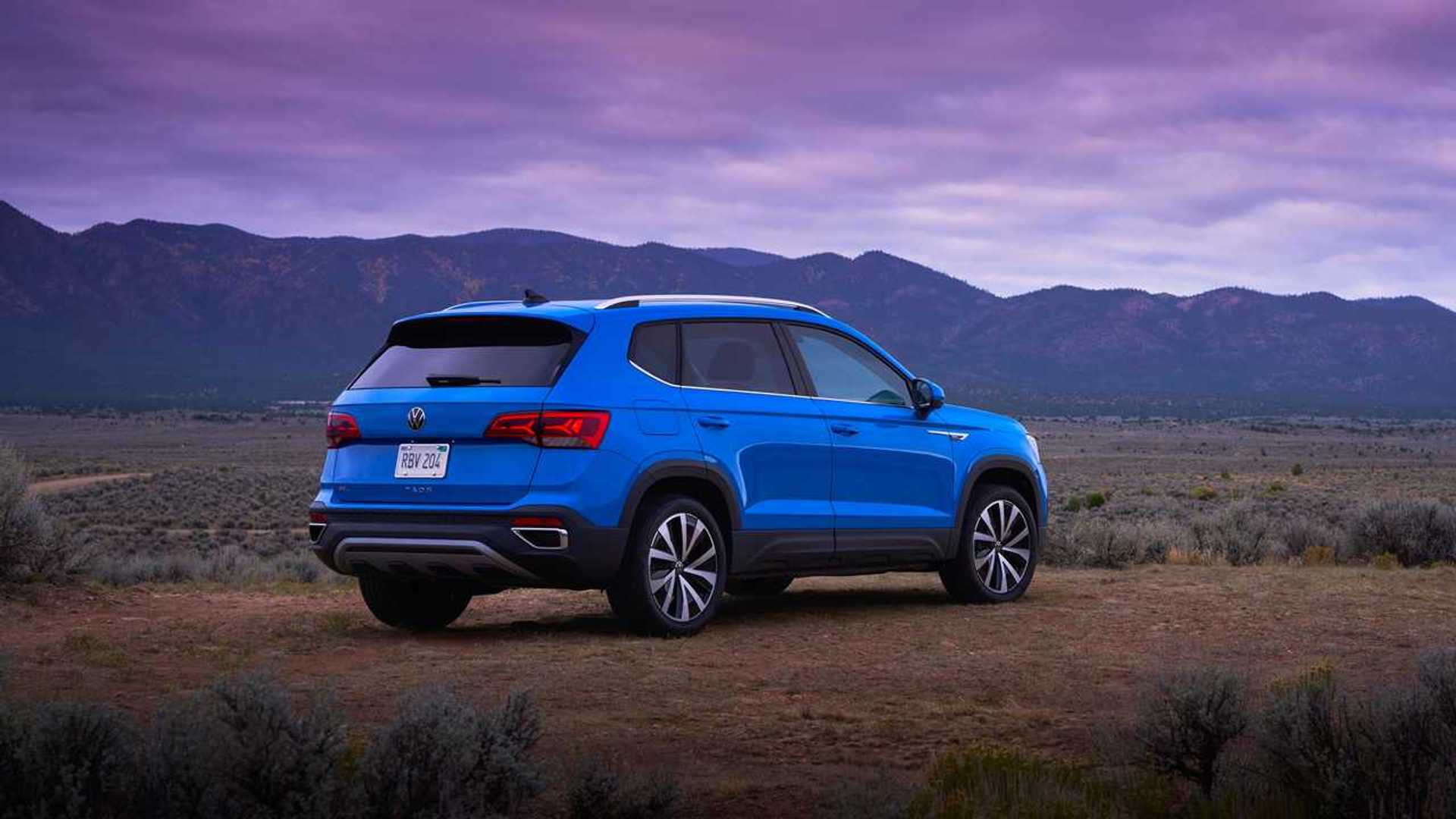 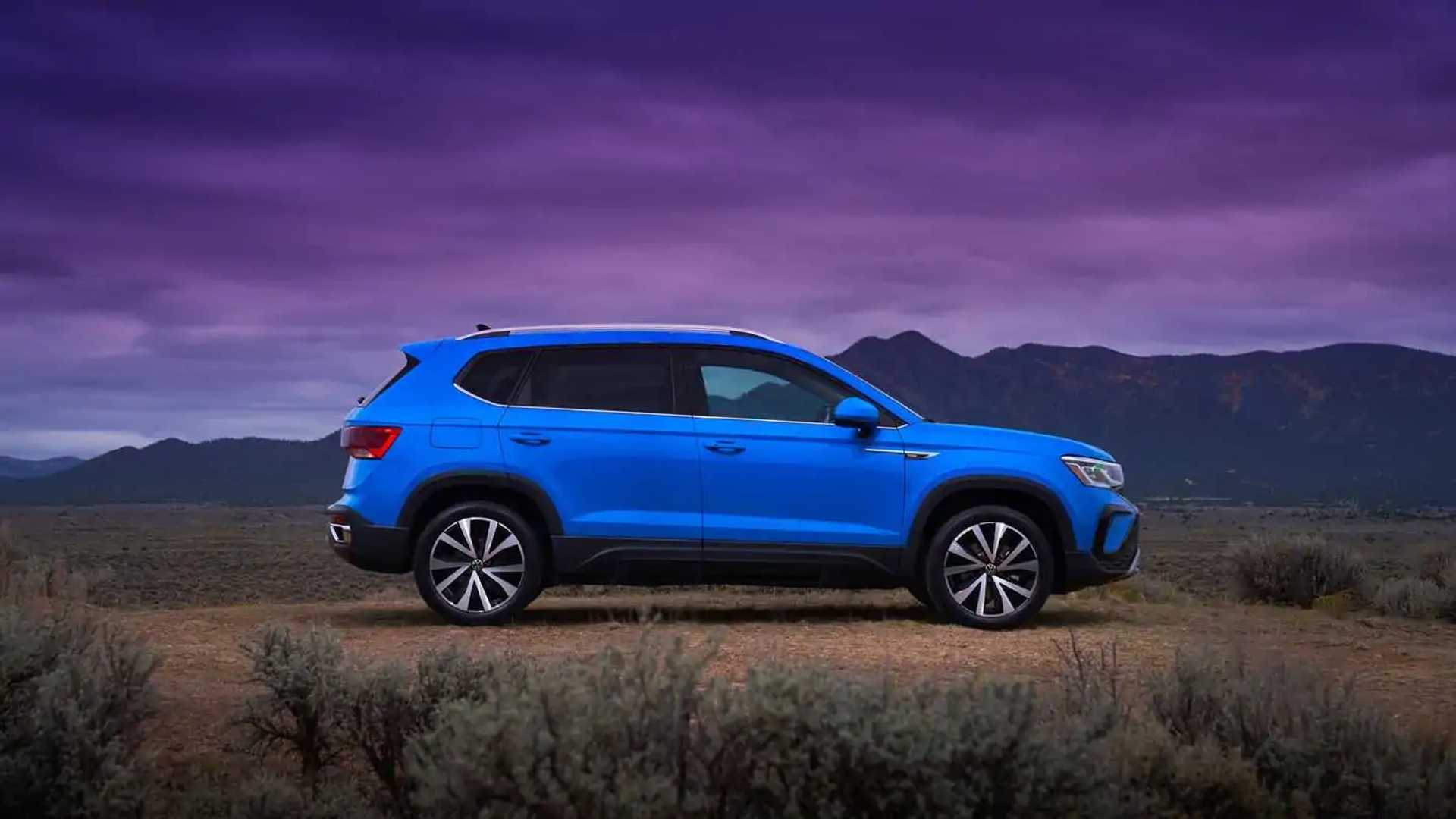 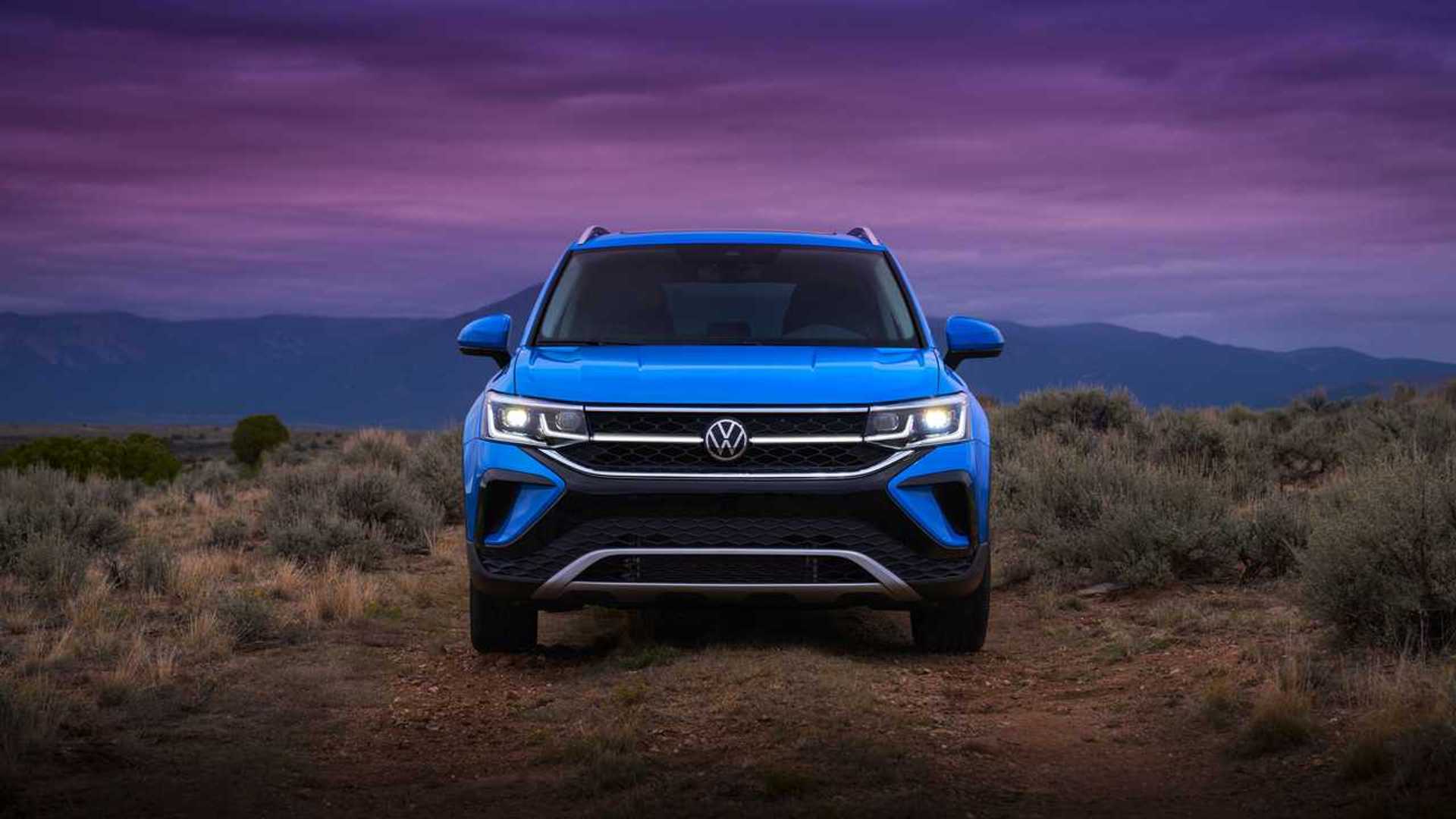 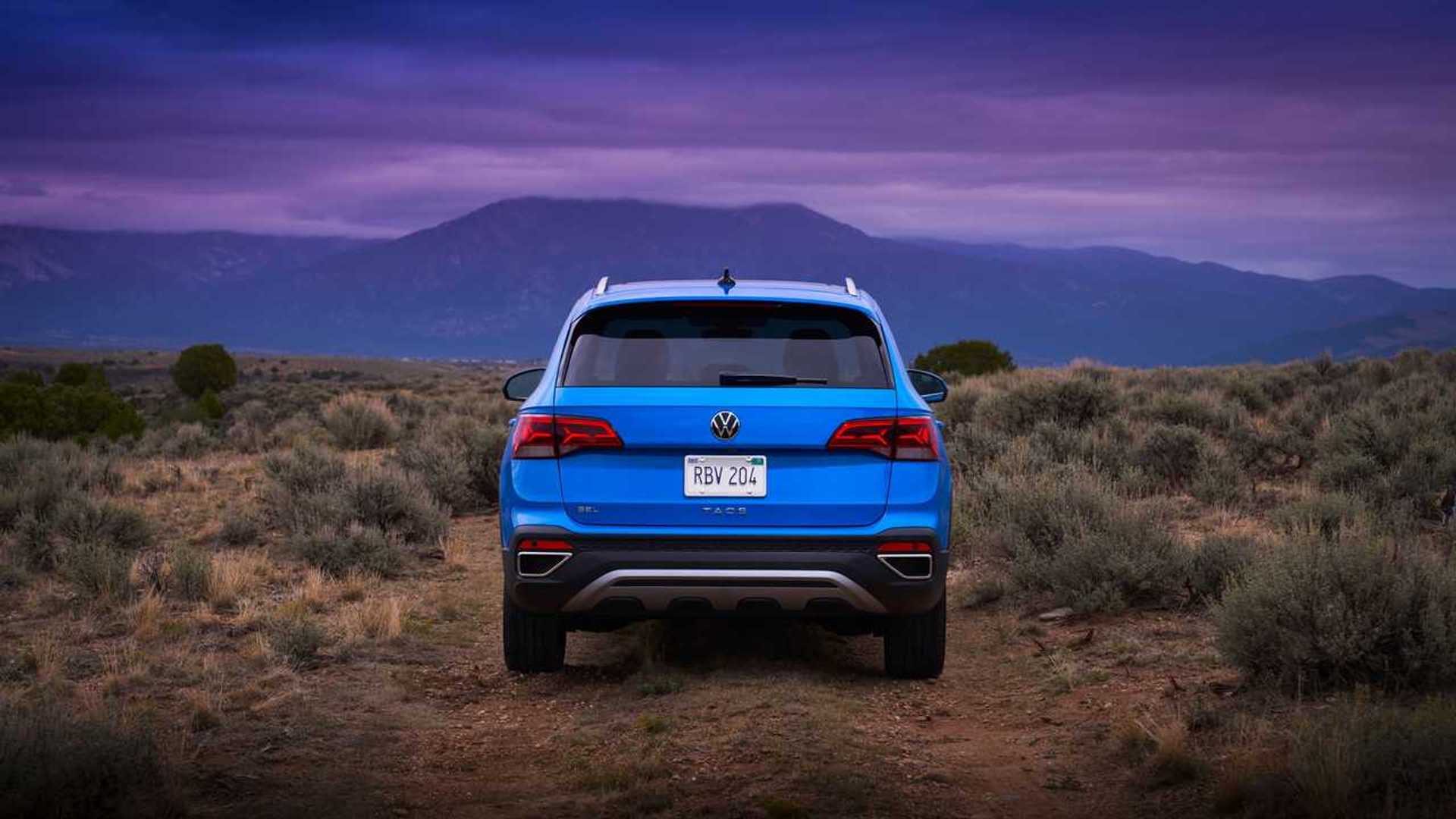 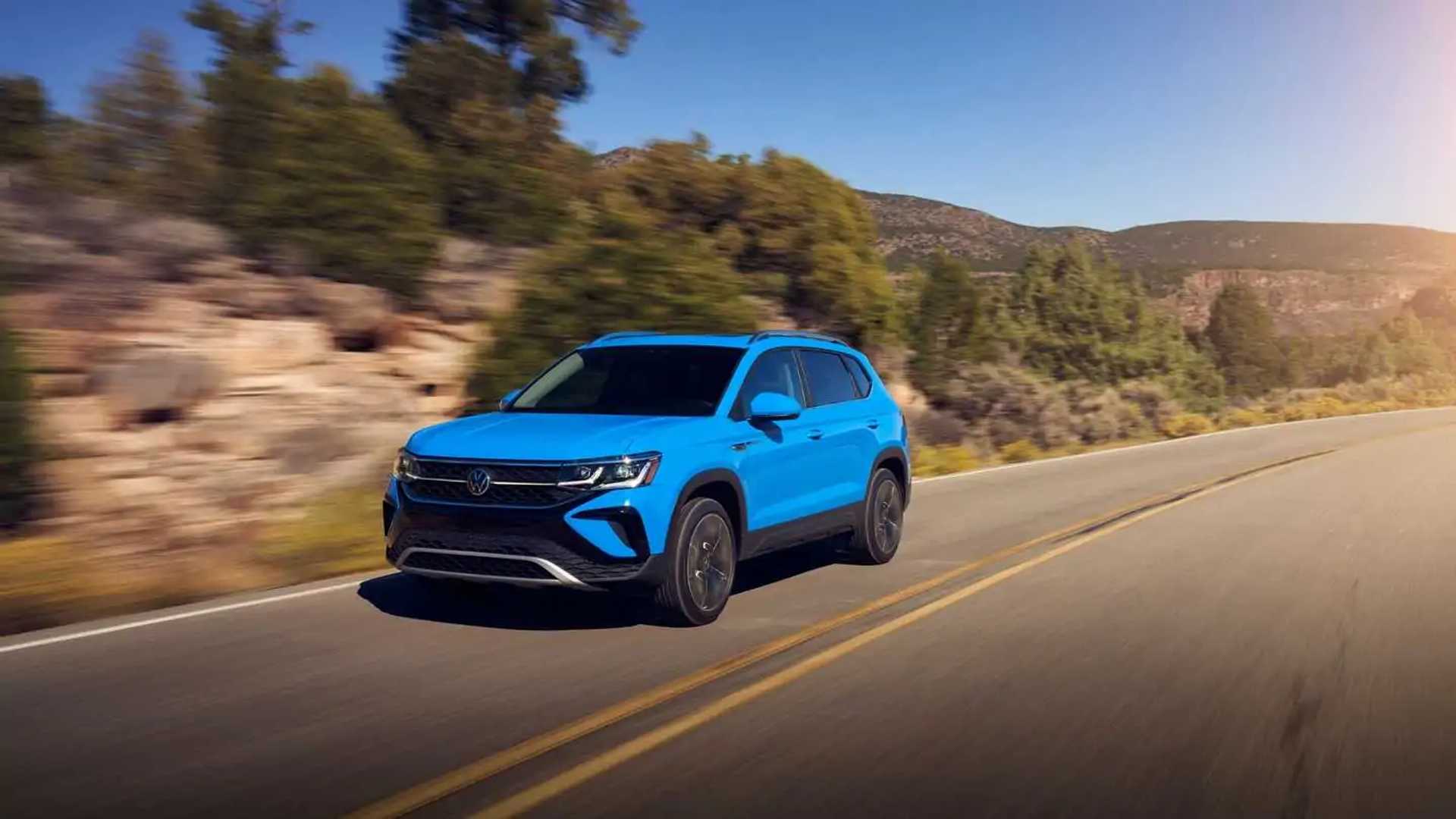 The VW Taos faces an uphill battle given how hugely challenging the compact crossover segment is in North America. It’ll have to take on the eccentrically designed Hyundai Tucson as well as the wagon-y Subaru Crosstrek, not to mention the sleek Mazda CX-30. It’ll be launched next summer once series production will commence at the Puebla factory in Mexico.

VW says it will disclose pricing details closer to the model’s launch, but we’re estimating the base model will cost somewhere in the region of $21,000. With all the bells and whistles, the 2022 Taos could top out at approximately $30,000.