We know what’s hiding under the tape, VW.

Just a few days ago, Volkswagen teased the upcoming next-generation Transporter with a single image, revealing the front-end design. Today, we can share a new batch of spy photos with the updated model and it seems that the full and official debut is coming sooner rather than later.

Seen here are two prototypes of the T7 Multivan, which is the passenger version of the new bus. Volkswagen’s clever camouflage tape at the front is pretty much pointless at this point as we know it hides a LED light bar connecting the headlights. Sections of the bumper’s lower part remain a mystery though, and the black disguise is doing a good job in deceiving the untrained eye. 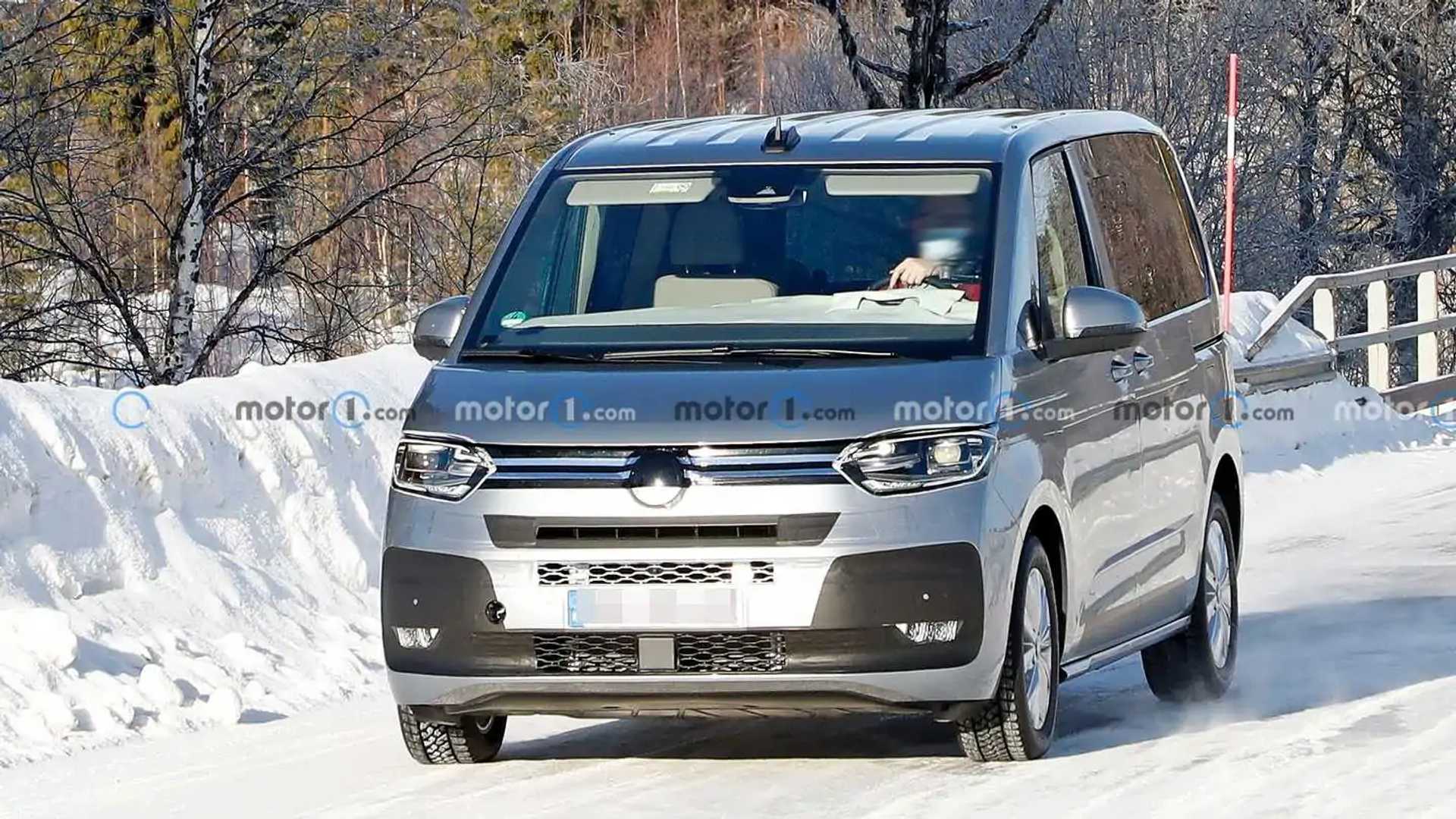 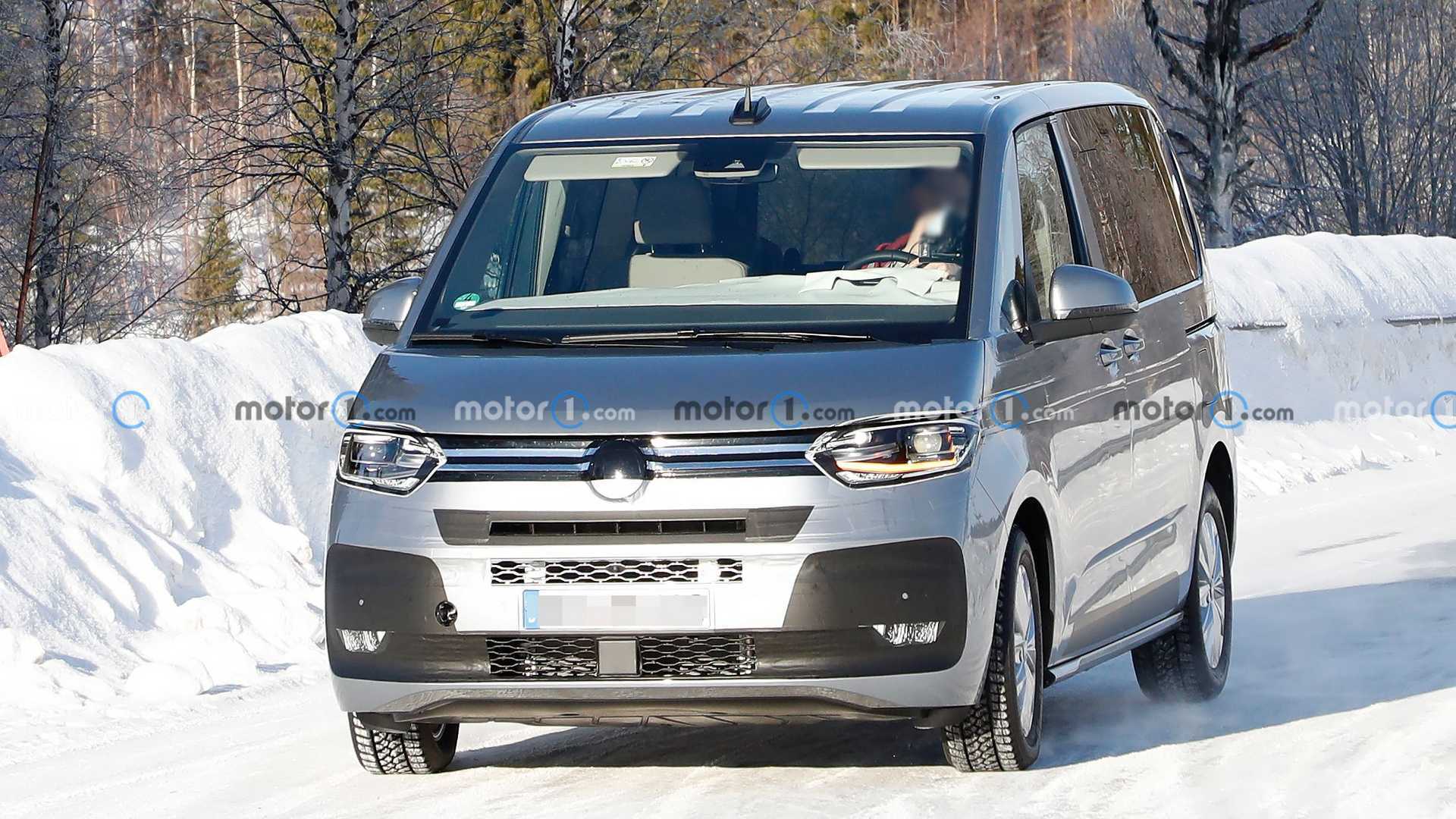 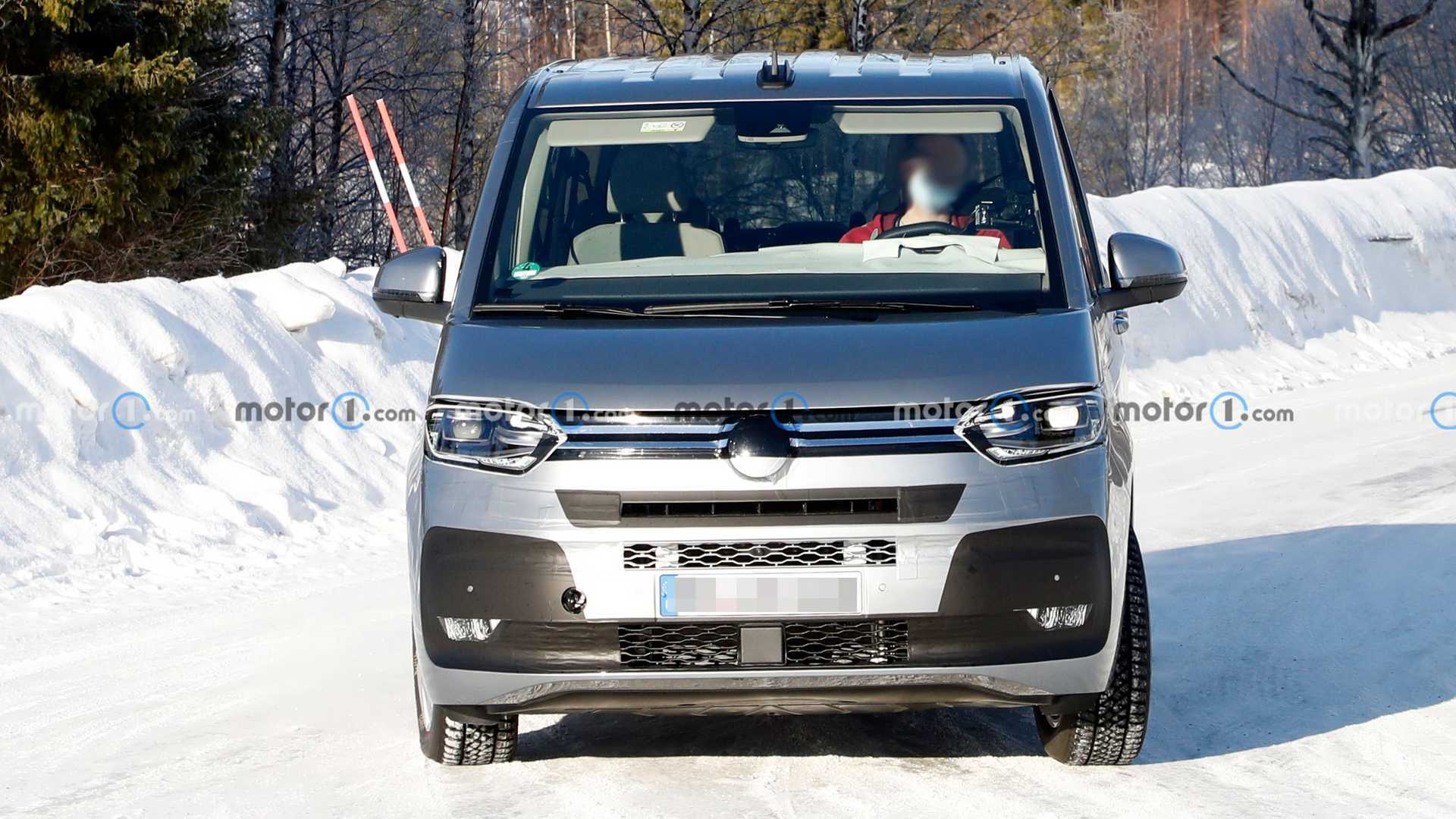 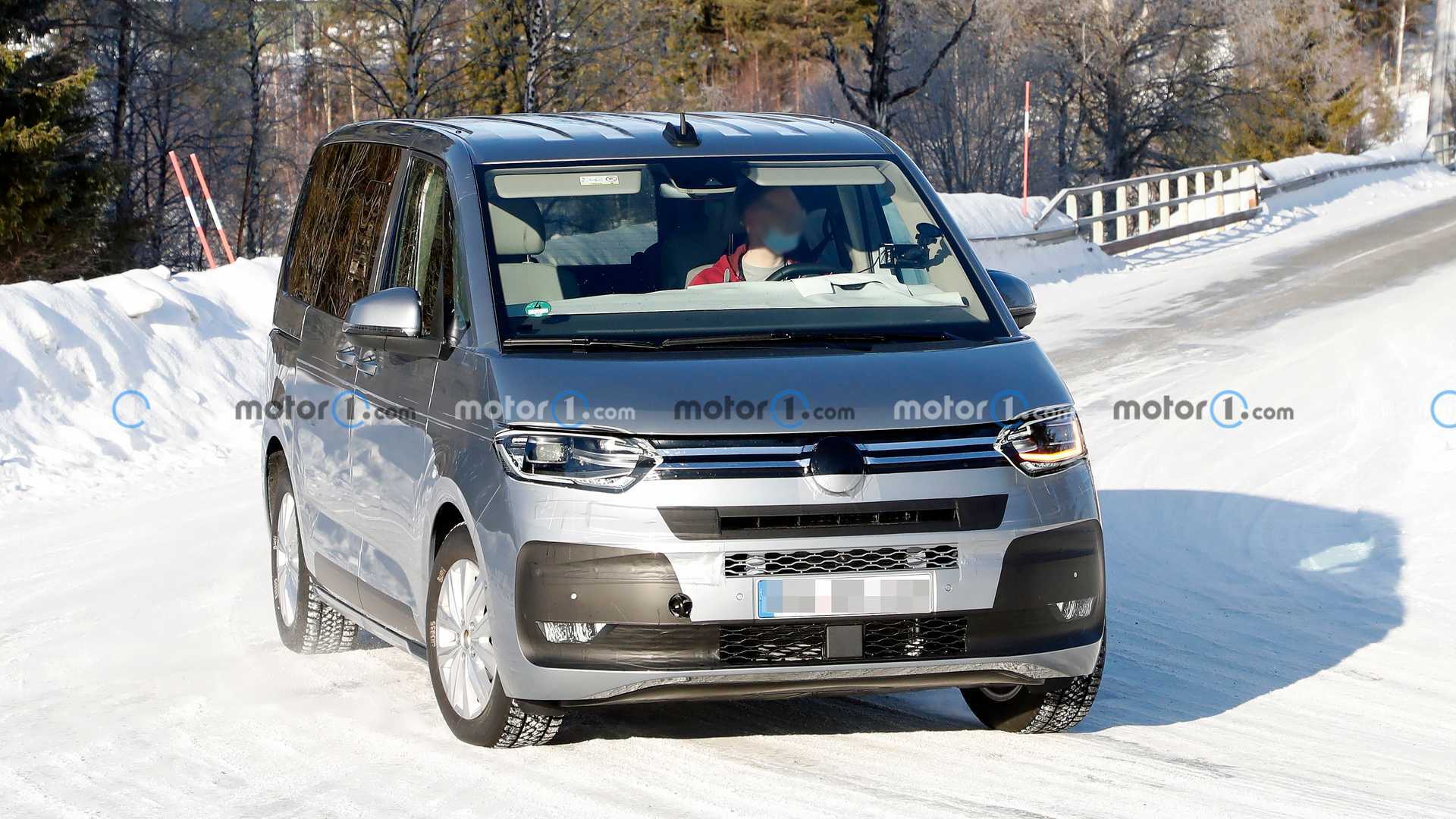 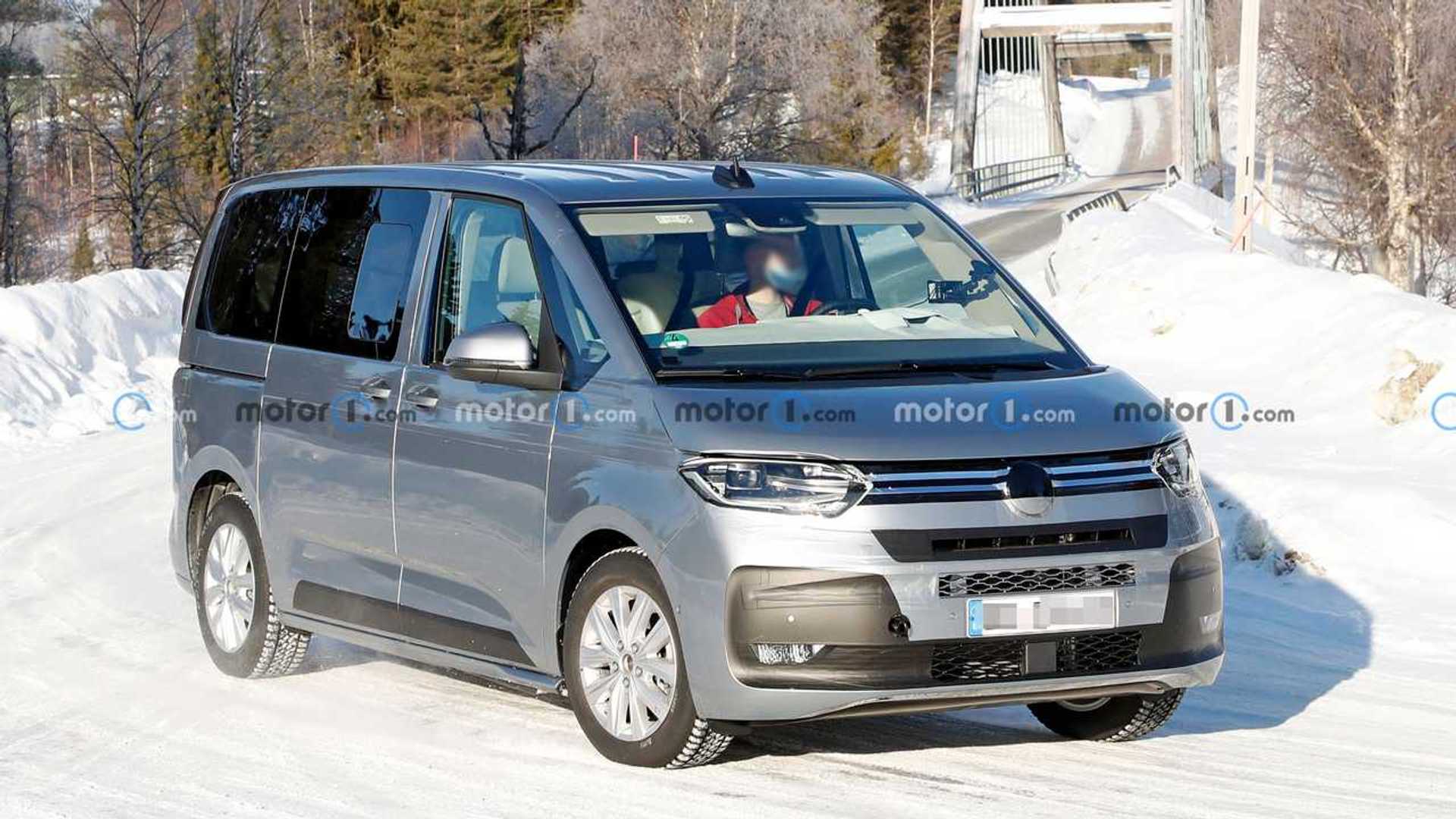 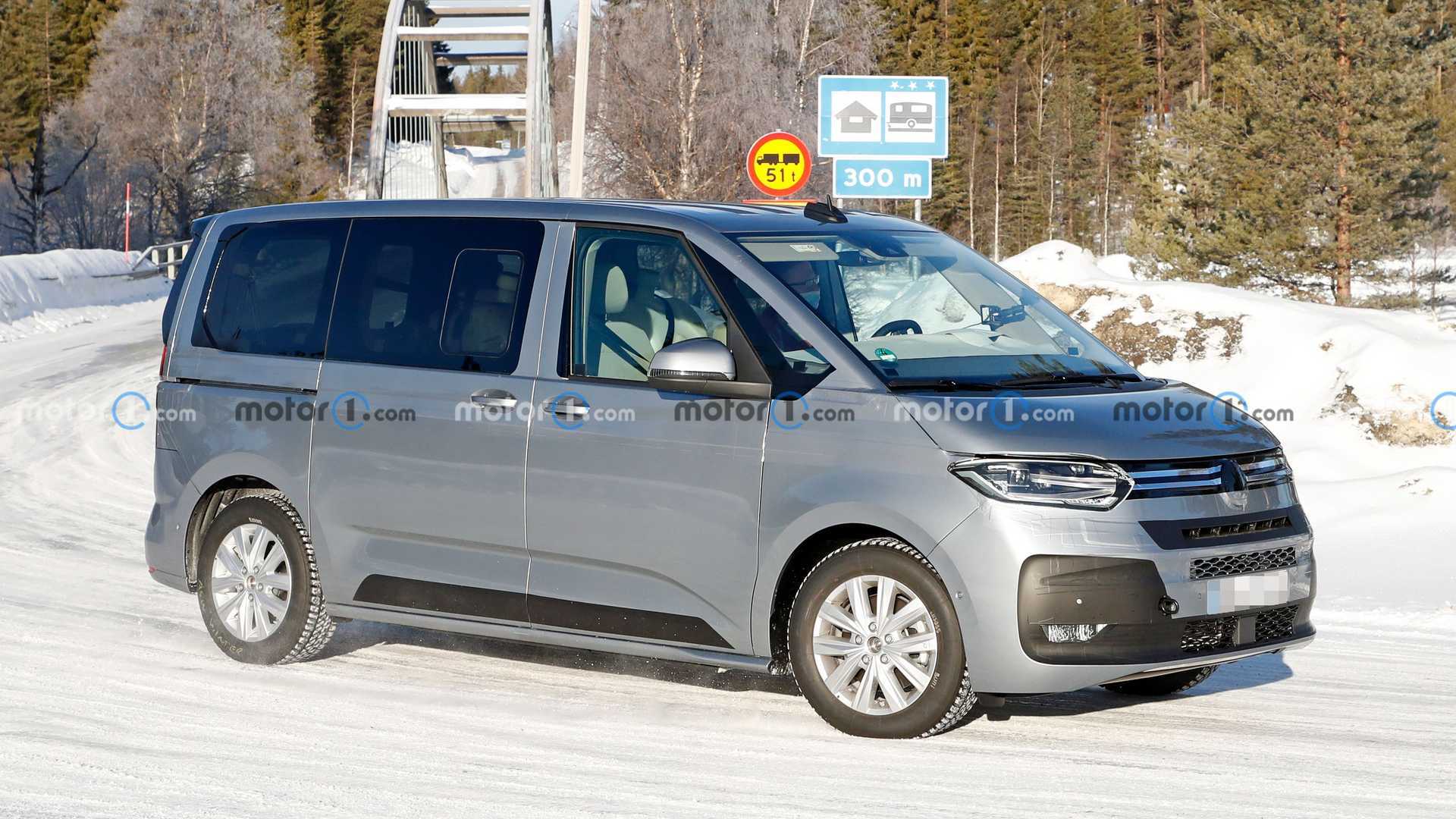 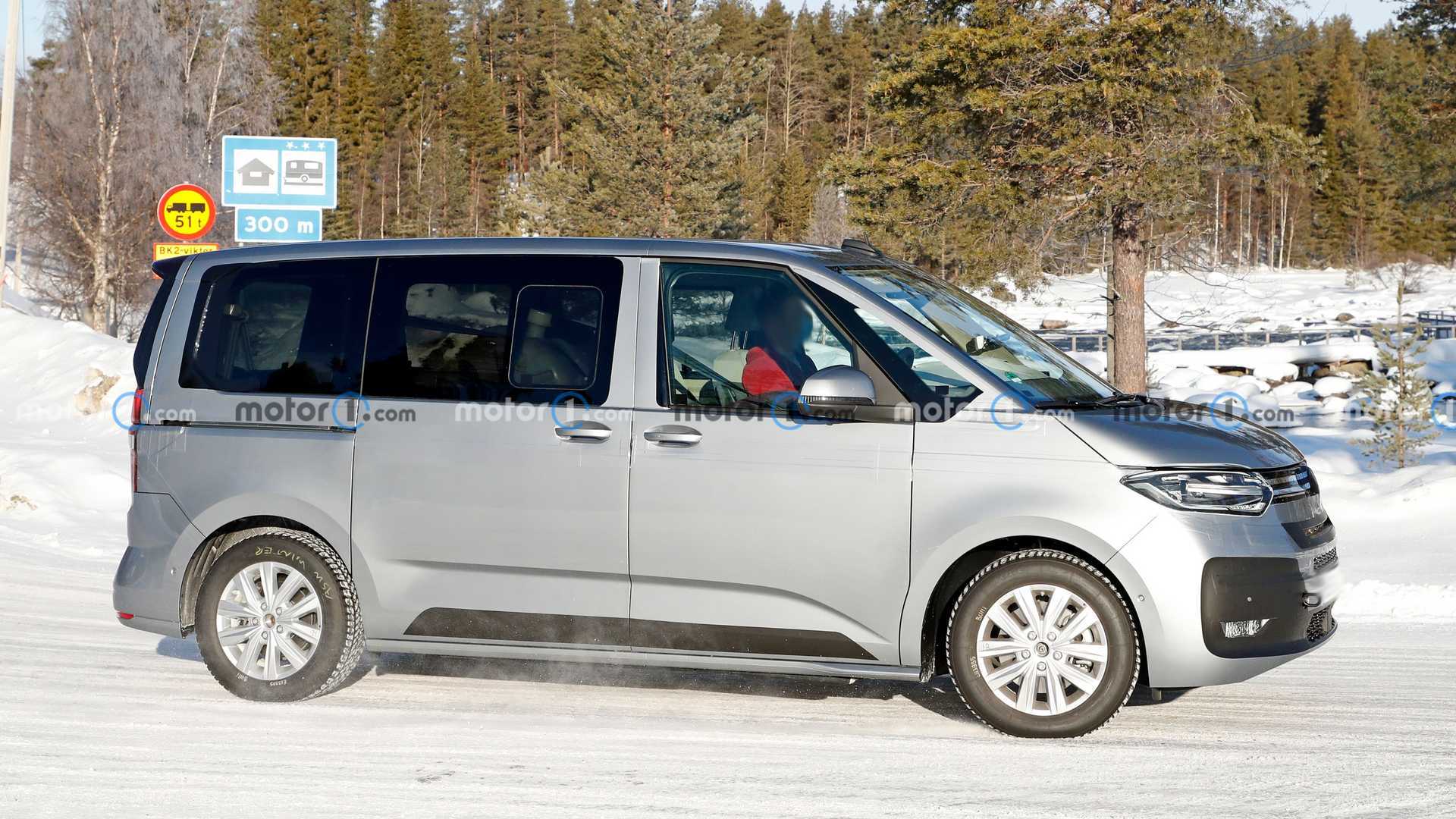 If the new Transporter looks quite familiar to you, that’s probably because it shares the same design language as the new Caddy. The similarities won’t be just visual as the T7 is actually expected to be based on the MQB platform, which also underpins the smaller commercial vehicle. This architecture should bring a lot of Golf technologies to the Transporter, including the hatchback’s dual-screen dashboard layout.

When it comes to the cargo version, we expect the 2.0-liter TDI diesel engine to remain the preferred choice for most of the customers in Europe. The passenger variant could be more popular with the upcoming plug-in hybrid variant. If the PHEV powertrain is identical to the Golf GTE – and we expect that – look for a 1.4-liter turbo gas engine supported by an electric motor for a system output of 242 horsepower (180 kilowatts) and 295 pound-feet (400 Newton-meters) of torque.

Seeing how this prototype features just a minimal amount of camouflage and given the recent teaser image, we expect to see the new Transporter in its full glory in the coming weeks. Hopefully, official confirmation for the debut date is coming very soon.