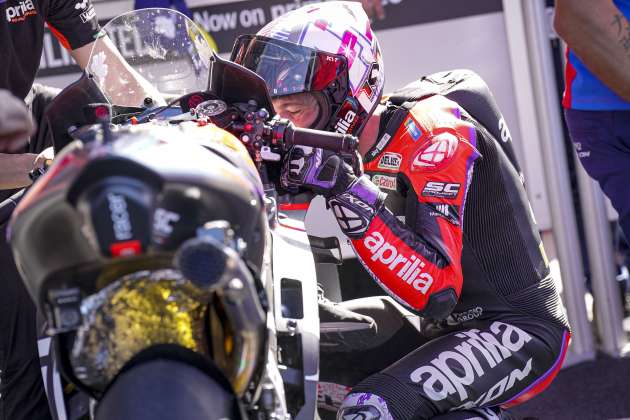 A hard fought battle and emphatic victory for Aprilia Racing’s Aleix Espargaro in the Argentinian Grand Prix, the first victory for both the Spaniard and the Italian team. Making his 200th MotoGP start, Espargaro started the race at Termas de Rio Hondo circuit on pole but was pipped to the holeshot by Jorge Martin of Pramac Ducati.

Espargaro tucked in behind Martin, the lead duo pulling a gap ahead of the pack following behind. Making a bid to get past with eight laps to go, Espargaro ran wide, before making another attempt two laps later at the same point at turn 5.

This attempt stuck, and Espargaro led all the way to the finish for Aprilia’s, and his, first every MotoGP victory. With Martin settling for second, giving him a crucial 20 points after DNFs in the Qatar and Indonesia MotoGP rounds, Alex Rins was third for Suzuki Ecstar, allowing Suzuki to top the team standings. 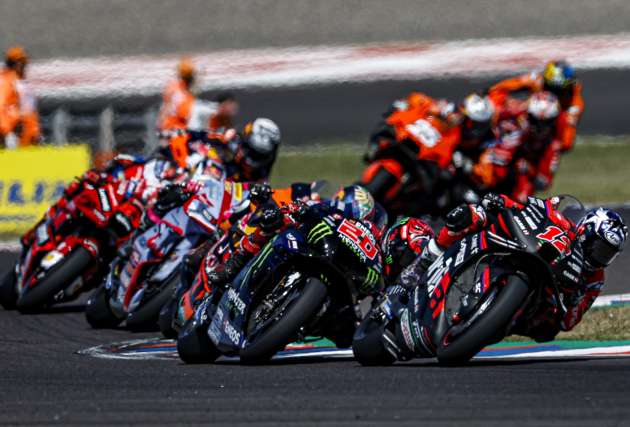 Things were not all rosy for both Honda and Yamaha, the Repsol Honda Team losing Marc Marquez for the weekend after a crash and return of the rider’s double vision issues, while Pol Espargaro crashed on lap 11 while in fourth position. Meanwhile, the Monster Energy Yamaha factory team did not fare that much better, with reigning world champion Fabio Quartararo finishing eighth while team mate Franco Morbidelli retired with mechanical failure.

The MotoGP riders’ championship now sees Aleix Epsargaro on top with 45 points, followed by Brad Binder of Red Bull KTM Factory Racing with 38 points. Coming in third and fourth in the championship table are Enea Bastianini of Gresini Racing MotoGP and Alex Rins of Suzuki Ecstar with 36 points apiece and Fabio Quartararo drawing up fifth with 35 points.