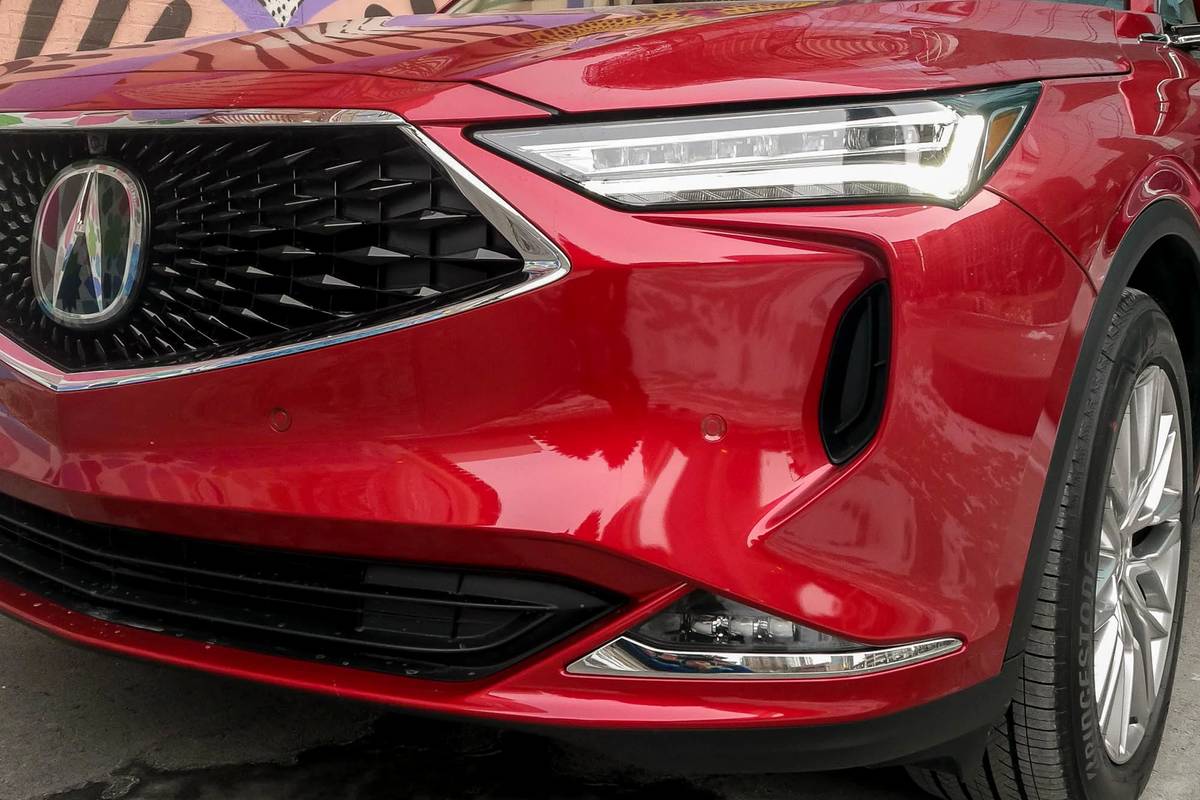 The 2022 Acura MDX is a fresh take on a luxurious three-row SUV that squares off against strong rivals such as the Lincoln Aviator, Lexus RX, Genesis GV80 and Infiniti QX60. Where the new and improved MDX shines is in value. Even with a starting price of more than $47,000, the 2022 MDX comes standard with loads of safety features and updated tech touches, including wireless Apple CarPlay and Android Auto.

Inside, Acura’s engineering team focused on creating a more functional and flexible place to spend your time. The center seat in the second row can be used either like a bench seat, which accommodates three car seats across, or removed so the outboard seats become captain’s chairs. There has also been a substantial upgrade to the MDX’s infotainment system, though this also proved controversial during our test.

You can click the related  link above to read our complete review of the 2022 Acura MDX. Or for a quick recap of this mid-size luxury SUV’s best attributes — plus some items that need a rethink — keep reading below. 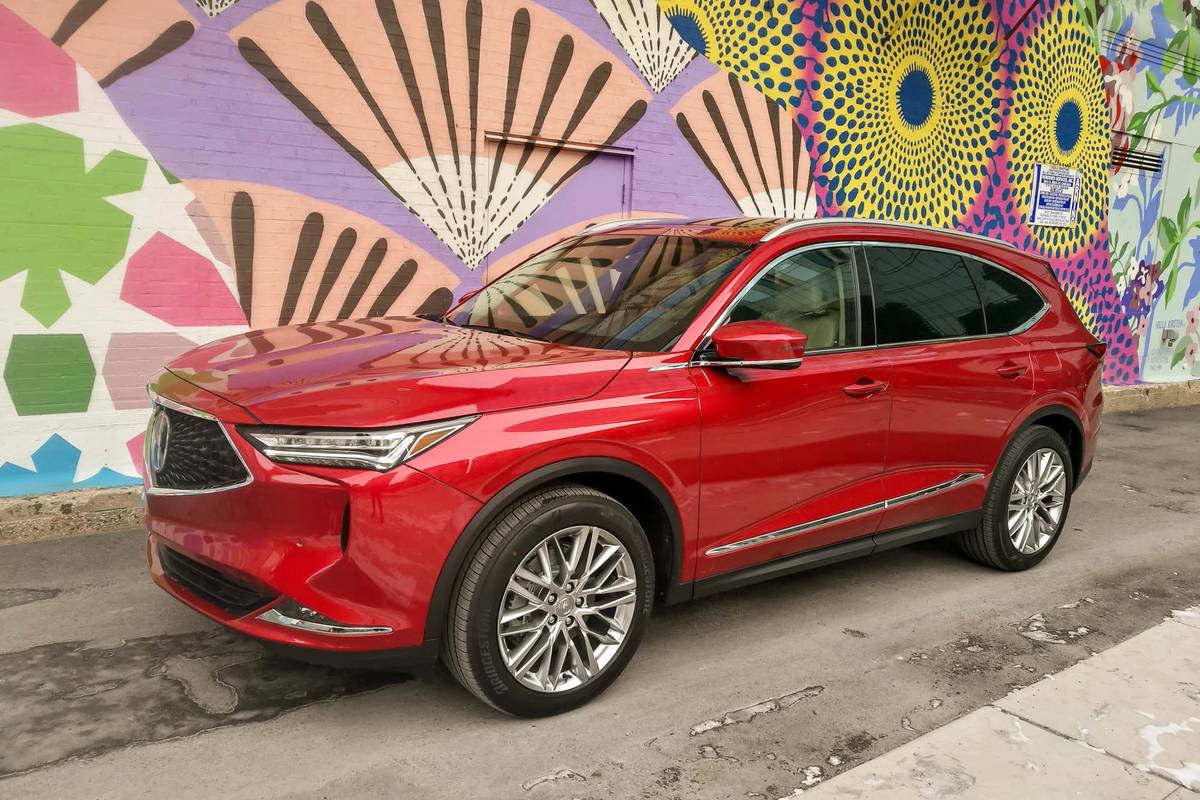 Under the hood is a 3.5-liter V-6 that sends 290 horsepower to the front wheels courtesy of a 10-speed automatic transmission; all-wheel drive is optional. This is a smooth and refined powertrain, and the gearbox in particular is a solid step forward from the previous nine-speed automatic. There is no hunting for gears or hesitation in acceleration when powering through city or highway traffic.

The previous Acura MDX already came standard with an impressive amount of active safety equipment, such as automatic emergency braking, forward collision warning, adaptive cruise control and lane keep assist. Newly standard safety items include a driver attention monitor, pedestrian detection, traffic sign recognition and Acura’s Traffic Jam Assist. This system controls braking and acceleration at slow speed and works to a complete stop, all while maintaining a safe distance behind the vehicle ahead. The aim is to reduce driver fatigue during traffic slowdowns. 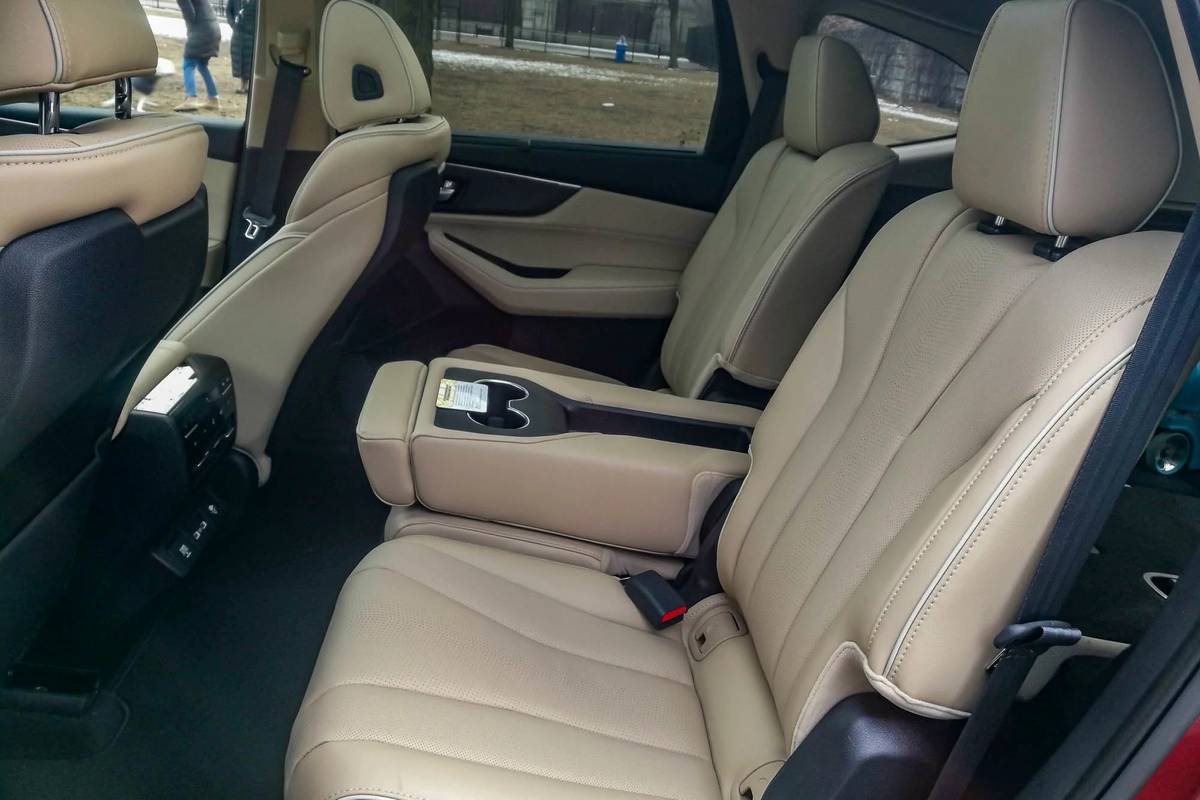 The MDX still offers three rows of seating and space for up to seven people onboard. Yet, for the 2022 model year, the second row packs some surprises. The middle seat can be removed to create a nearly 14-inch wide walkway to the third row. This creates more stretch-out space for second-row occupants, and makes it easier to access the third row. Along these same lines, with the push of a button the second-row seats collapse and slide forward to aid anyone climbing into the rear-most seats. 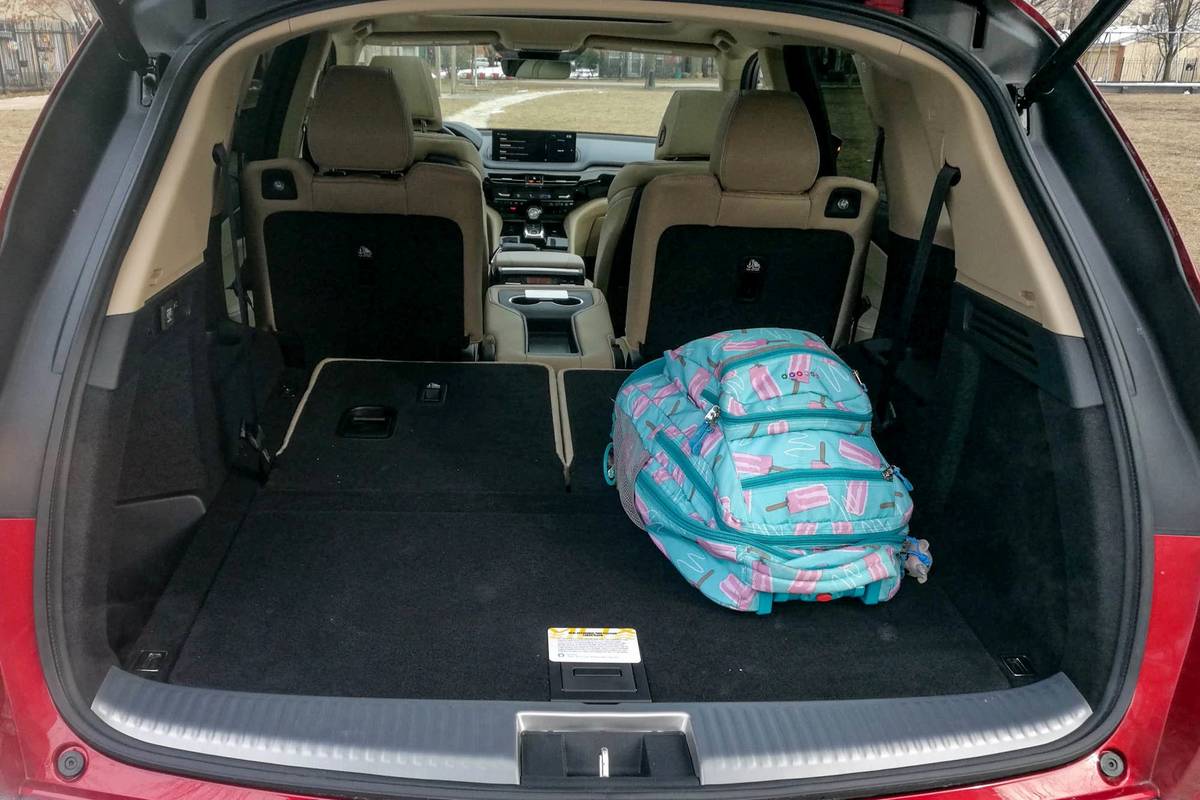 Like the improved seating capabilities, Acura also turned its attention to the MDX’s cargo area. Not only is there more total space behind the third and second row than what rivals offer, the MDX has a few extra cards up its sleeve. There is a roomy underfloor storage compartment as well as a reversible cargo floor with an easy-clean plastic side. Need to haul muddy hiking gear or a particularly dusty antique? Flip the cargo floor and don’t worry about dirtying the trunk’s carpet.

5. Improved Infotainment — to a Point

The good news is that the 2022 Acura MDX has a more intuitive and user-friendly infotainment system than the dual-screen setup used in its predecessor. Wireless Apple CarPlay and Android Auto are now standard, and we found the Amazon Alexa voice controls very handy. The system now comes with a large 12.3-inch screen mounted on the dashboard. While the display is large and clear, things get murky when it’s time to scroll through various menus and controls. More on this in just a moment … 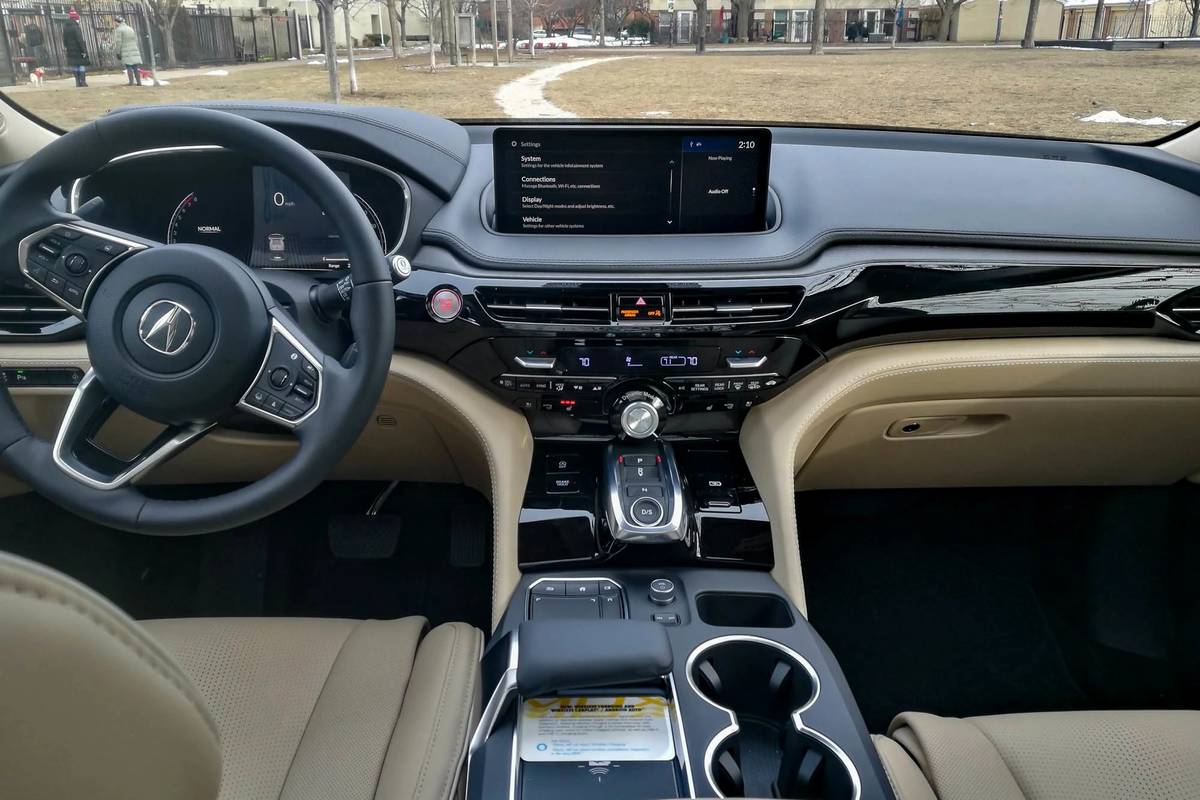 While the MDX’s infotainment system is better than before, it still lacks an actual touchscreen. That’s right, the primary means of controlling the system is via a center console touchpad. It takes lots of patience, practice and some luck to get right (especially when you’re driving). The major pieces are all there; Acura is simply short a touchscreen to make everything perform seamlessly.

Getting to the third row is easier for 2022, though the space back there is still best left for kids. Anyone feeling greedy about legroom while perched in the second row will be a serious problem if the MDX is at full capacity. With a second-row seat slid all the way back, there’s not much third-row legroom directly behind it. The Acura MDX isn’t much better or worse than its mid-size luxury SUV rivals when it comes to mpgs. It’s also not any better than the previous version. In fact, the 2022 Acura MDX is slightly less fuel efficient than the model before it. The difference is small, though it would have been nice to see the new MDX’s overall fuel economy needle move upward, not down.