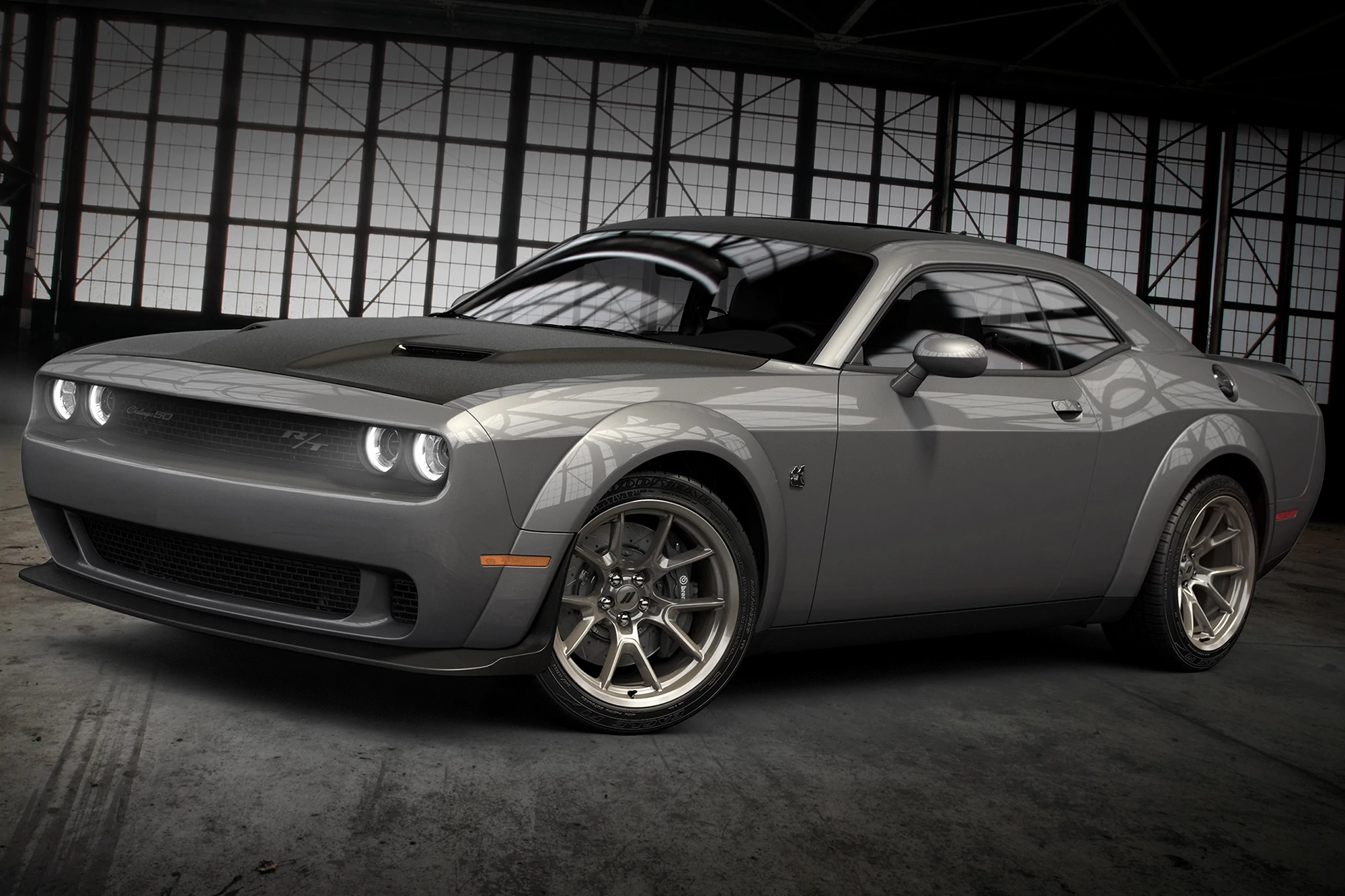 If your love of the Dodge Challenger is so strong that you’d buy one to commemorate its 50th anniversary, you’re in luck — the Fiat Chrysler Automobiles brand is making its venerable muscle car available with a 50th Anniversary Commemorative Edition options package. The package is available on the Challenger R/T, R/T Scat Pack and R/T Scat Pack Widebody, and won’t be limited, unlike the separate Challenger 50th Anniversary Edition, which will be limited to 1,960 cars.

Related: Easter’s Over, But You Can Still Hunt for Easter Eggs in Jeeps, Other Cars

The Commemorative Edition package is available in one of seven exterior colors, including the all-new Smoke Show gray. It has a starting price of $4,995 for the Challenger R/T, rising to $5,495 for the R/T Scat Pack and $11,495 for the R/T Scat Pack Widebody. That eye-watering figure also includes the $6,000 cost of the Widebody package, and if you subtract $6,000 from $11,495 you get … $5,495. (Adding the Commemorative Edition package is also not required to get an R/T Scat Pack Widebody.)

The outside of Commemorative Edition Challenger will wear “hand-painted” satin black hoods with black-wrapped roofs and rear deck lids. Fiftieth-anniversary badging in what Dodge is calling Gold School appears on the grille and rear spoiler, along with satin black Dodge badging at the rear and a satin black fuel filler door. The headlights also get a special “50” logo. Twenty-inch Gold School wheels are part of the package on all three trim levels.

Dodge doesn’t neglect the interior with this option package, upholstering the seats in Nappa leather and Alcantara suede with sepia accent stitching and “50” logos in the seatbacks. The front performance seats are also heated and ventilated. Alcantara with sepia stitching also appears on the door bolsters, and the sepia stitching continues on the flat-bottomed steering wheel, center console lid, armrests and dashboard. One last, luxurious touch: lush berber floormats with the “50” logo.

The instrument panel gets an upgrade, too, featuring carbon fiber with white gauge faces with yellow accents. The 1970 Challenger is depicted in the startup animation for an added dash of nostalgia.

Ordering is now open for all versions of the 2020 Dodge Challenger, and according to Dodge models should be arriving on dealership lots this fall.