Cadillac is in the midst of a product rollout to fill holes in its lineup that lagged the market shift to SUVs, having just added the XT4 small utility for 2019. The latest addition is the 2020 XT6 that fills a big gap below the super-sized (and super-priced) Escalade.

Like the GMC Acadia with which it shares its DNA, the new mid-size XT6 is a “tweener” with a modest third row rather than a full-on three-row model, leaving a gap in the lineup with the full-size, truck-based Escalade and its even more capacious ESV stretch variant. And there is an even bigger gap in price, with the ‘Slade starting more than $20,000 higher.

The XT6 seats seven with a second-row bench or six with optional captain’s chairs and is offered in just two trim levels: Premium Luxury with a bit more bling and a Sport version with black trimmings and some added performance bits. The two reflect Cadillac’s current “Y strategy” for trim levels that diverge into a luxury track or a sportier track. Both XT6 variants offer a Platinum package with additional upscale trimmings, as well as additional tech and feature packages, but the choices still remain relatively simple compared with European brands’ a la carte menus. 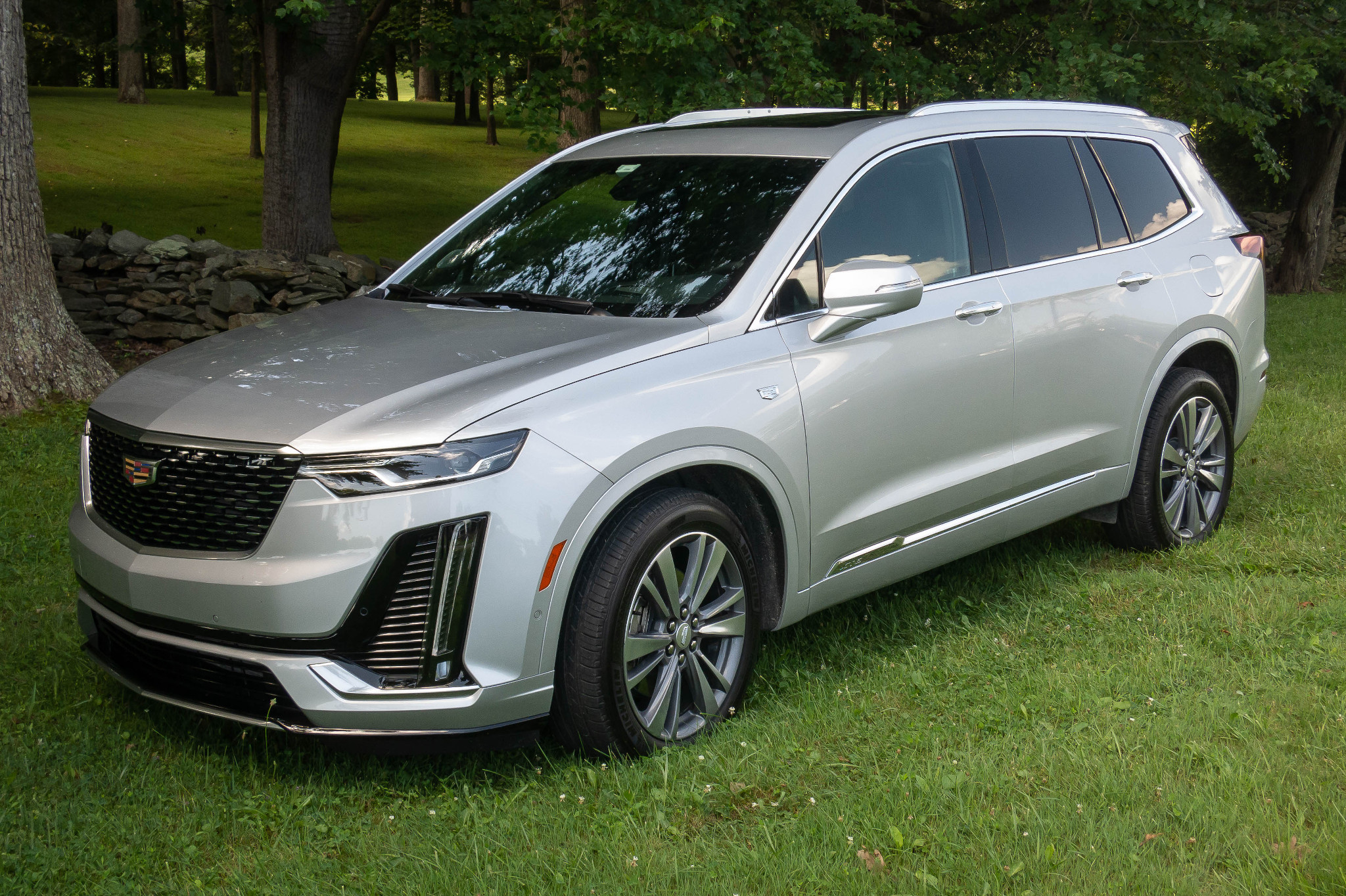 I drove both trim levels — each with additional packages — on Washington, D.C., streets and in the Virginia foothills at a Cadillac drive event. (Per our ethics policy, Cars.com pays for its own lodging and travel for such automaker-sponsored events.) The event also included a preview of the refreshed 2020 XT5, Cadillac’s global best-seller and its contestant in the red-hot luxury compact SUV market.

A day in the new XT6, which is on sale now, revealed it to be a capable and comfortable SUV without glaring faults, but also one that doesn’t raise the bar for the breed with the kind of surprises or additional variants — or “presence” — that rival Lincoln brought to the SUV party with the new Aviator. Other premium rivals, by size and price, include the Acura MDX and Audi Q7. 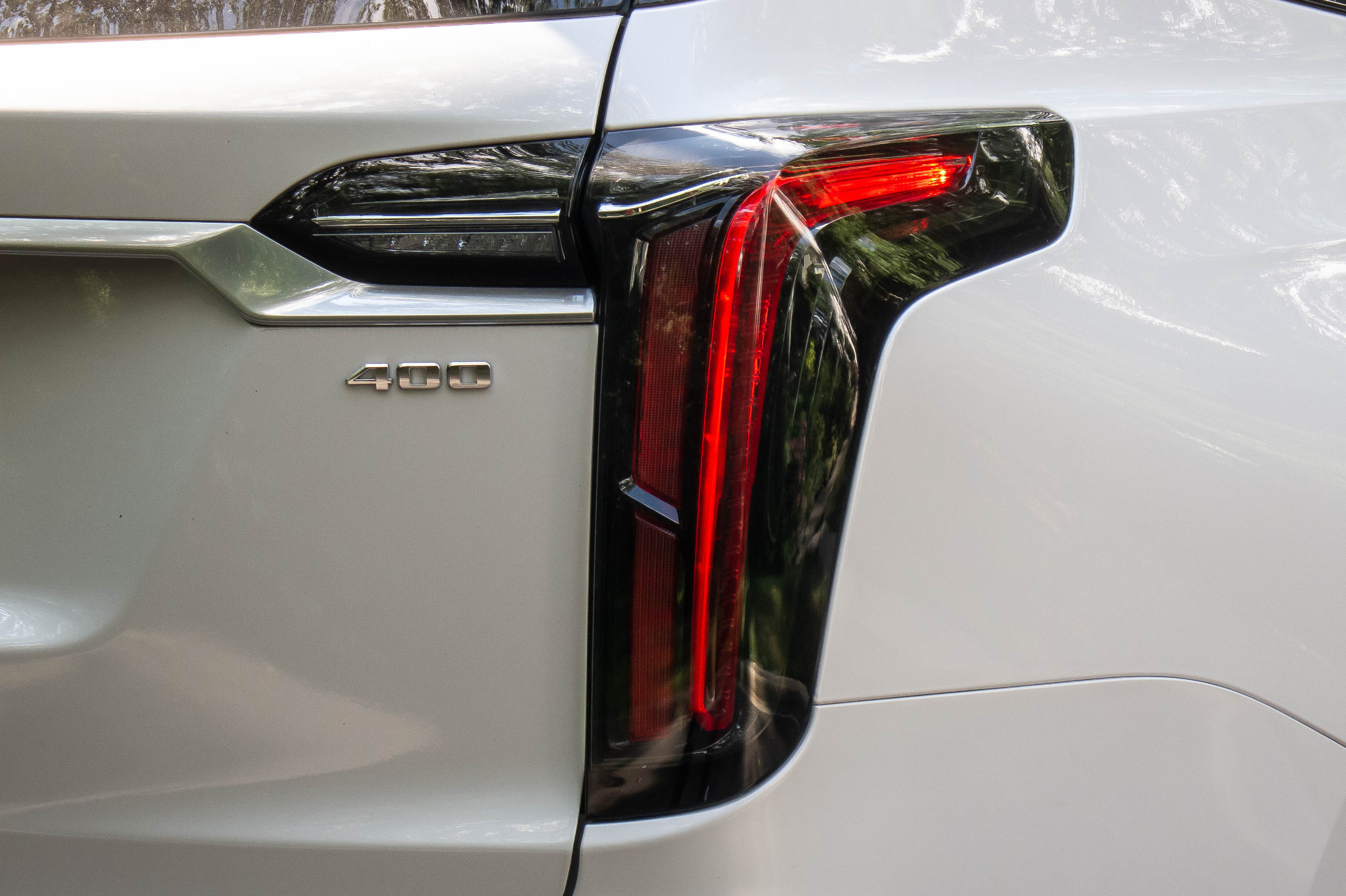 The standard (and only) power is GM’s ubiquitous 310-horsepower V-6 that puts out 271 pounds-feet of torque, mated to a nine-speed automatic transmission and front- or all-wheel drive. The competent V-6 is up to the job, with strong power delivery and adequate, if not flashy, acceleration, both off-the-line and in mid-range passing or on-ramps. The transmission is well-behaved, with smooth shifts and willing downshifts, and the tuning is well-matched with the V-6 in this SUV. It does seem a little noisy when pushed, not intruding on the quiet cabin but sounding a little coarser than I expected in a luxury SUV. The automatic engine stop-start is very smooth and no doubt helps with the XT6’s EPA-estimated 20 mpg combined, but it also comes with an off switch.

The XT6 is no sports sedan, but its driving manners are more carlike and agile than its size would lead you to expect. It’s a fairly big SUV but feels smaller, with modest lean in corners and controlled body motion. That is especially true with the Sport trim level, which includes an adaptive suspension (optional on the Premium Luxury), as well as a quicker steering ratio and sportier transmission tuning. A bonus with the adaptive suspension is noticeably better ride quality both on city streets and on the highway. The standard suspension also had a smooth ride but seemed busier and bumpier by comparison. 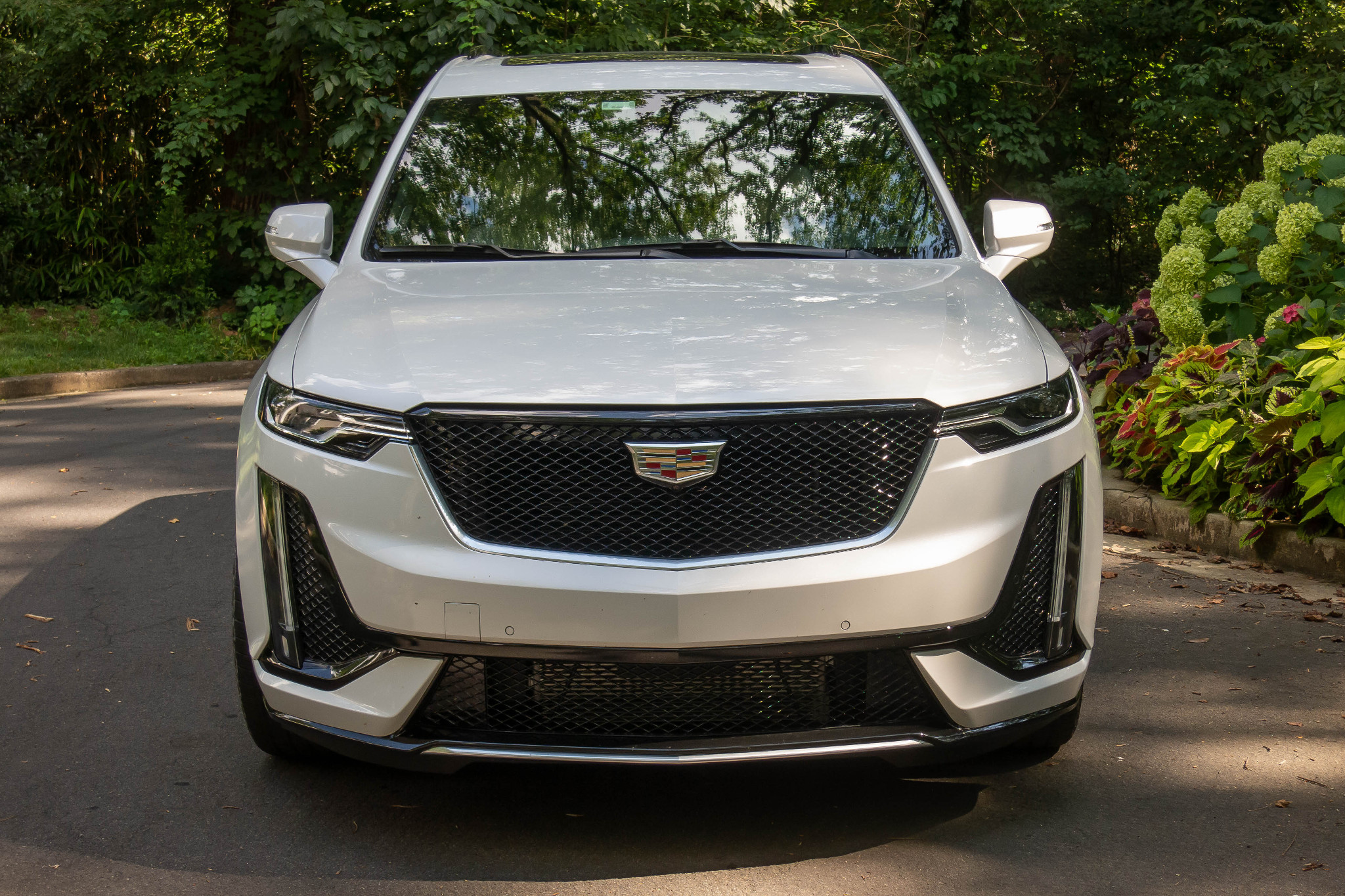 The Sport also gets its own torque-vectoring all-wheel-drive system with an electronically controlled dual-clutch rear differential that can shift torque side to side. It provided improved cornering and understeer, and added a feel of rear bias.

The variable steering was light enough for parking lots but firmed up nicely at speed, and it was precise though without much road feedback. Braking was strong and pedal feel was linear.

On balance, the XT6 is well-behaved and comfortable, though also unexceptional, and its overall appeal would benefit from a more exciting power option. The tow rating is a relatively modest 4,000 pounds, but if your needs are more substantial or you tow a lot, the Escalade is Cadillac’s better choice. 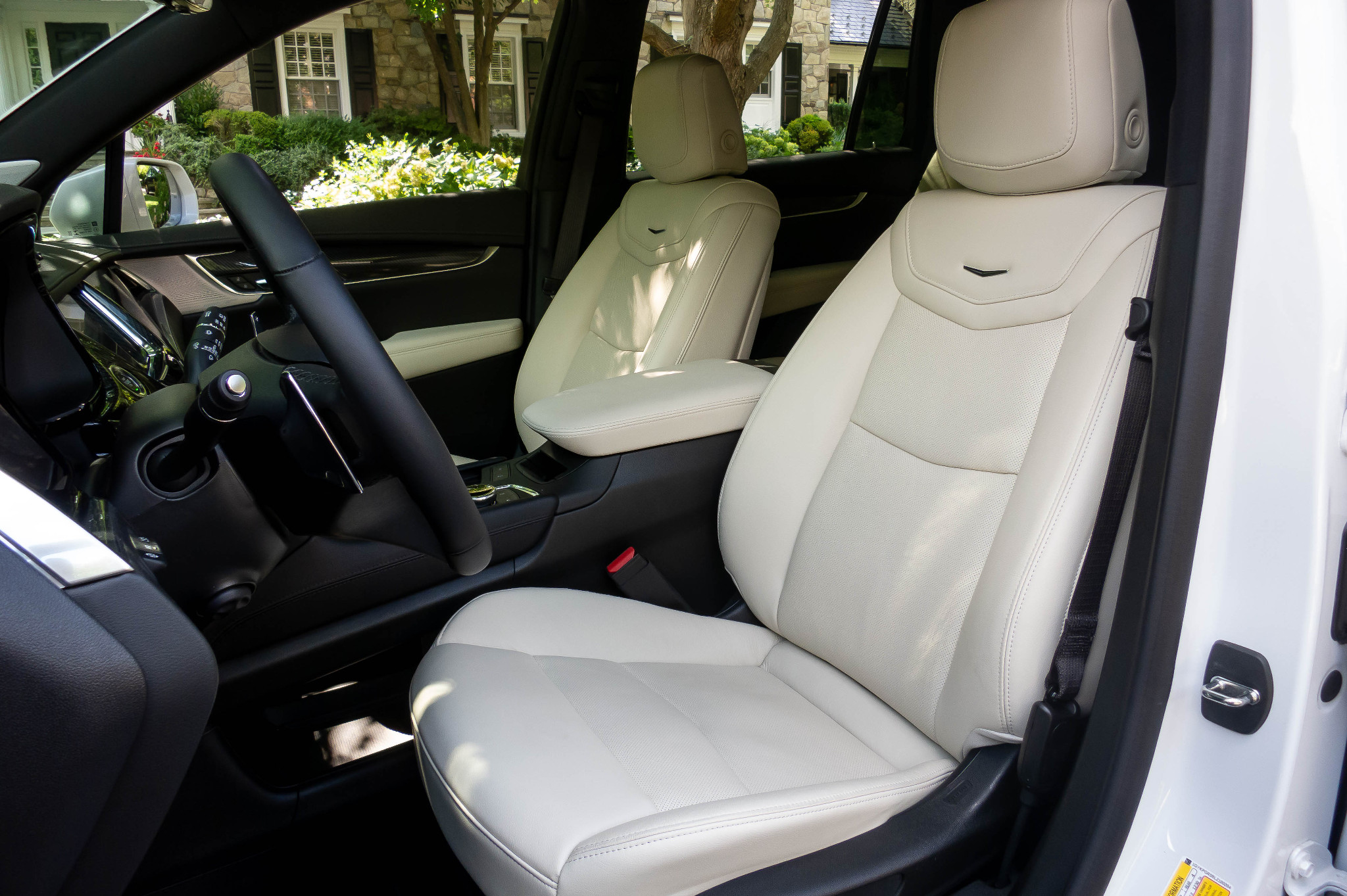 Does It Say Luxury

Whether the vehicle says luxury tends to matter to luxury buyers. Comparisons to the Lincoln Aviator are inevitable, and in both exterior and interior design, the XT6 simply has a less luxurious presence. It also offers no high-end upgrades, such as a fancy Black Label trim level or the coming 400-plus-horsepower hybrid Aviator. The front end has some of the edgier look of Cadillac’s Escala concept, but the XT-6’s sedate look overall is the least edgy in the Cadillac lineup. Inside, the materials and trim are high-quality and authentic, with real wood veneers or carbon fiber, but the look is similarly generic next to the high-style Aviator and much of the European competition, not to mention the in-house XT4 and XT5. If you’re looking at it next to an Acura MDX, it’s more than competitive (at least until a new-generation MDX rolls out), but that would hardly seem to be Cadillac’s — or an XT6 buyer’s — highest aspiration.

The XT6 also has some luxury detail lapses, such as windows that are one-touch-down all around, but aren’t one-touch-up for the rear doors. Also, a configurable instrument cluster is an option even though this feature is standard in many lesser vehicles now. And where are the surprise-and-delight options such as fancy massaging seats, cabin aromatherapy or fancy display graphics? A small slice of people might take these options, just as few will opt for others’ over-the-top trim levels with nosebleed prices, but they do have a halo effect on the whole line. 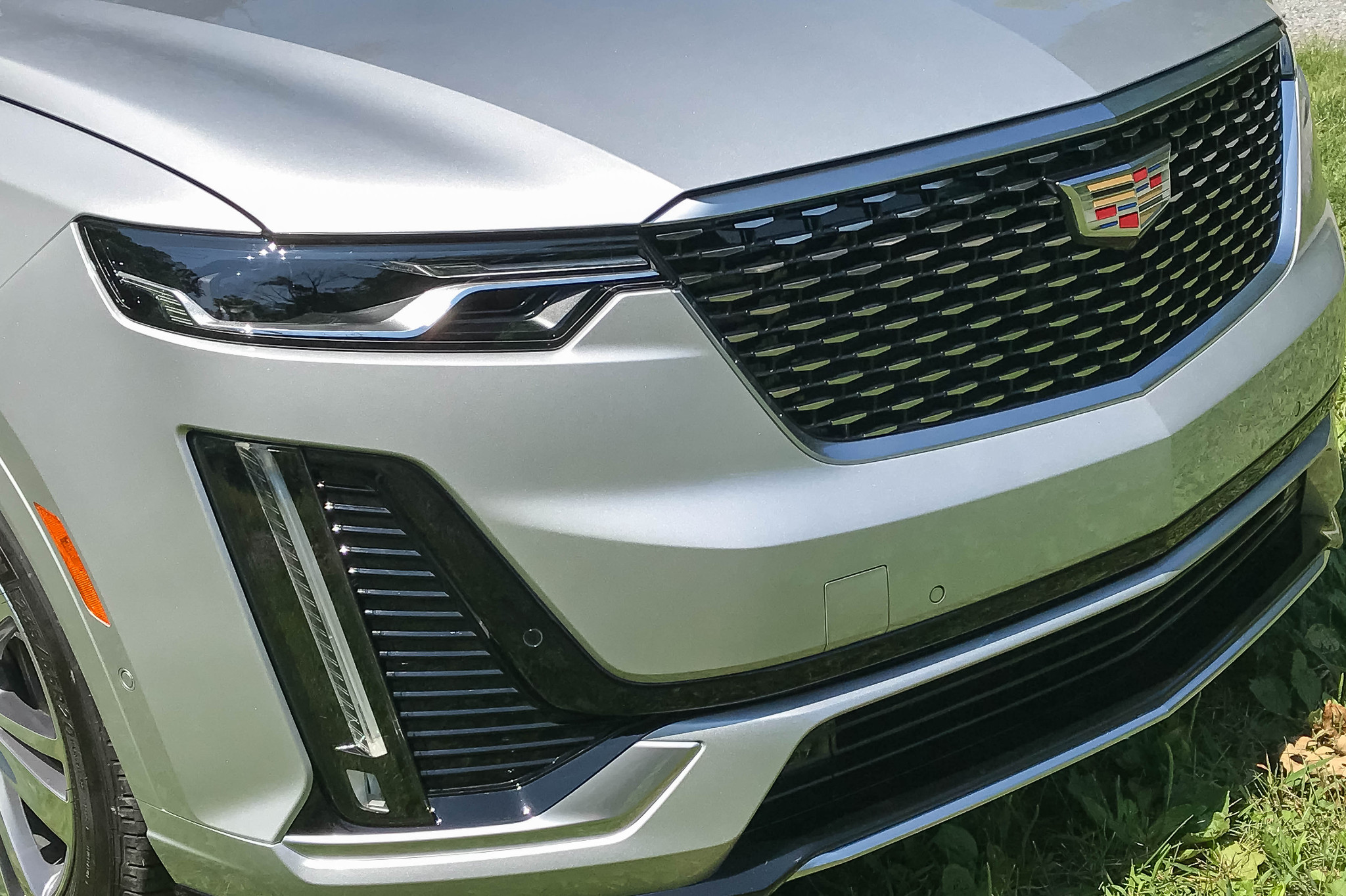 Still, the XT6 in either trim level comes with an impressive array of standard equipment, from a power panoramic moonroof, a power-folding third row, a heated steering wheel and front seats, tri-zone climate control, a power tilt-and-telescope steering wheel, a hands-free power liftgate, LED front and rear lighting, eight-speaker Bose audio, wireless phone charging and both USB-A and newer USB-C ports for the first two rows and a pair of USB-C ports for the third row. It also gets Cadillac’s latest-generation media system with a knob-and-button “joystick” controller on the center console along with the touchscreen.

Also standard, and important for such an SUV, is more than adequate interior storage, including ample bins in front, a pull-out storage drawer for the second-row seat and removable underfloor storage in the cargo area that also stores the cargo cover. 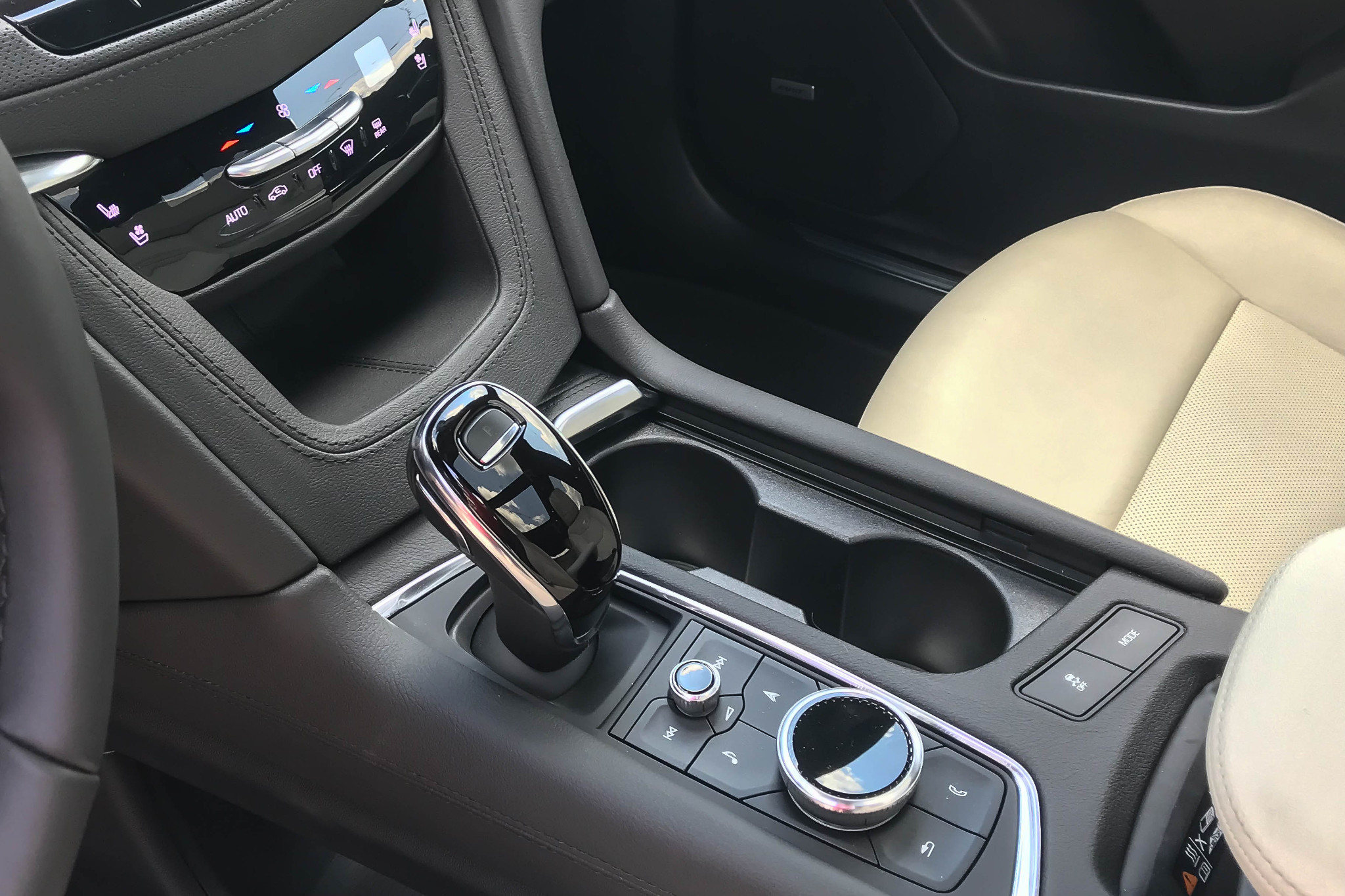 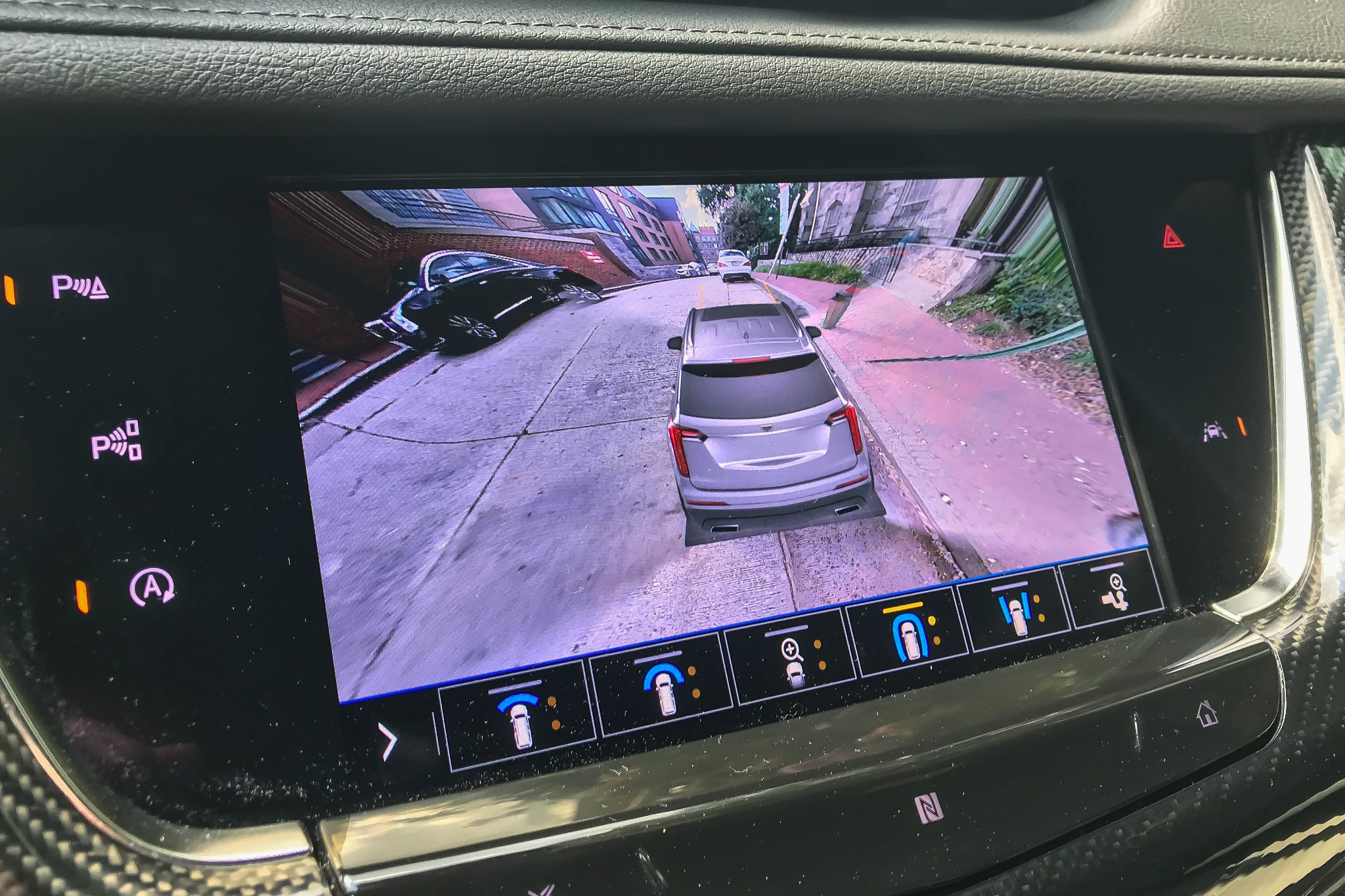 The XT6 puts Cadillac on the board in the three-row competition but seems like more of an effort to fill the slot quickly and be good enough. It is a much nicer Acadia. It is very competitive on price and features, starting at $53,690 including destination, with the entry prices for similar-size rival SUVs including the MDX, Aviator and Q7. And while the latter two offer more variety in features and powertrains, they also can climb to near an Escalade’s price if you check all the boxes. Compare rival prices and features here and get more information on XT6 pricing here. The XT6 was enjoyable and comfortable to drive but also unremarkable, and it feels a little like a placeholder. It looks like we’ll have to wait for a next-generation XT6 to see if Cadillac can break out with something truly distinctive in a three-row SUV. 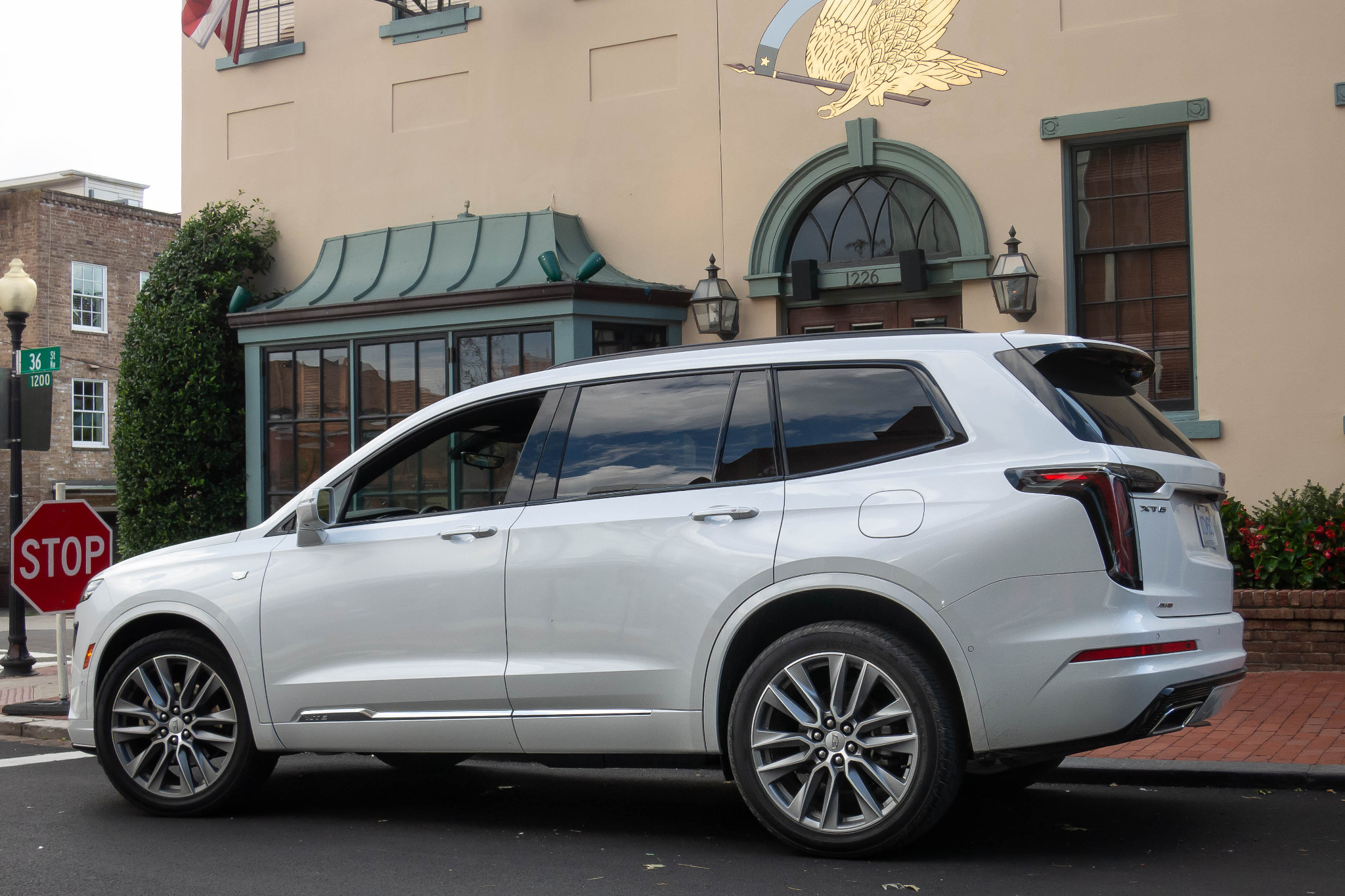