Warner Bros. Pictures announced in 2019 that a new Batman movie was being developed. American filmmaker Matt Reeves has been entrusted the directorial responsibilities for the project, while actor Robert Pattinson will be playing the role of the caped crusader. Now, if you are a Batman fan like we are, those enough reasons to get excited. But, there’s more to the story now as images and videos from the film sets have managed to make their way online. The leaked images not only reveal the new bat suit but also provide us with the first real glimpse of the new Batpod – the Bat motorcycle. The leaked video comes from the movie sets while filming was underway in Glasgow, Scotland, with a rather hilarious twist in the end.

The leaked video reveals a rather vintage looking Batpod motorcycle complete with a half-cowl that resembles bat ears. The handlebar is wide and the riding position is sporty and aggressive. We also notice an air-cooled boxer engine on the Batpod, which could mean a BMW or a Moto Guzzi motorcycle is underneath all that custom panels. Also, do notice the wide front wheel and super-wide rear tyre on the motorcycle.

Given the fact that modern-classic motorcycles are the current trend globally, it’s not entirely surprising to see a vintage motorcycle being built as a Batpod. Does it better the version we saw in The Dark Knight trilogy. Not a chance! 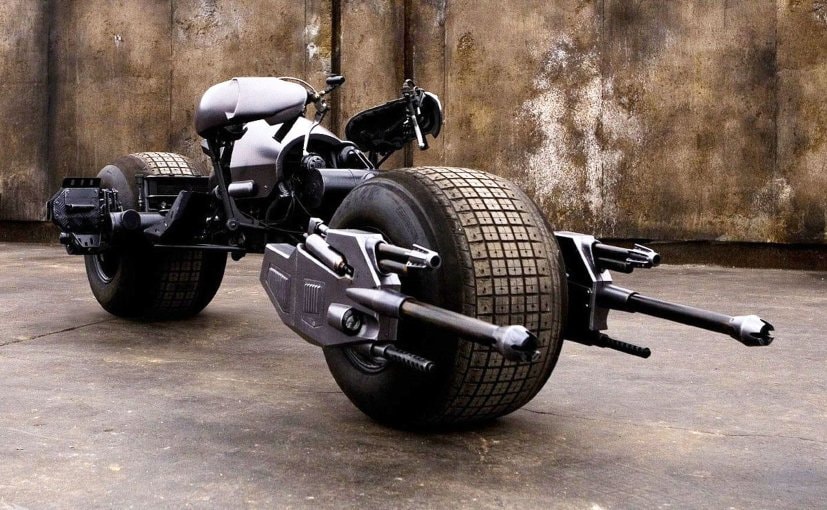 It’s not clear as to what the new tone of the upcoming Batman movie will be. But we could see a neo-noir theme and a new origin story too. With a new actor and director in place, this will be a clean slate for the studio to start a new series of films. The movie is also likely to be heavily inspired by Scott Snyder and Greg Capullo’s Batman: Zero Year storyline in the comics. 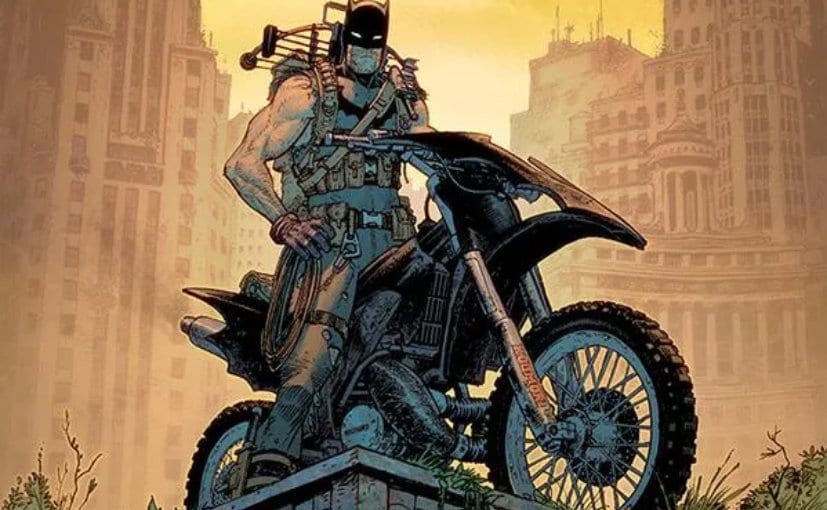 The Batman movie is expected to be inspired from the ‘Batman: Zero Year’ comic | Photo Credit: DC Comics

The upcoming superhero flick is likely to be called ‘The Batman’ and will be hitting theatres in the US on June 25, 2021. In addition to Pattinson, the movie will also star Zoe Kravitz as Catwoman, Colin Farrell as the Penguin. Actor Andy Serkis will be playing the role of Bruce Wayne’s butler – Alfred Pennyworth. It’ll be a long wait till we see the new Batpod in action on the silver screen. But what we are interested to know is if the Batmobile and the Bat (the jet-fighter) will also make an appearance in the upcoming film.