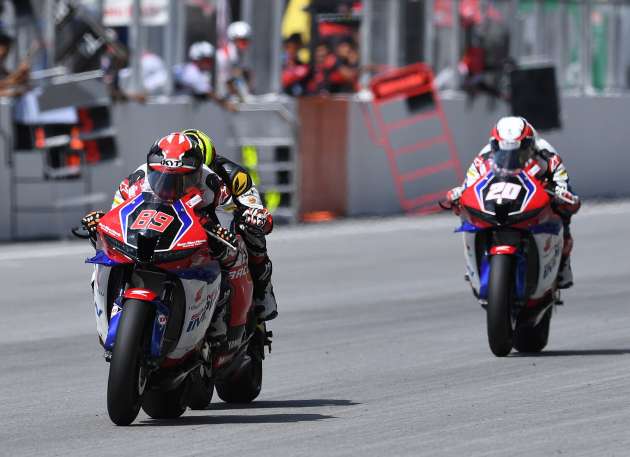 Malaysians showed strongly in the weekend’s races for the 2022 Asian Road Racing Championship (ARRC) SuperSport 600 (SS600) with podium places for Mohd Helmi Azman and Khairul Idham Pawi, not racing for Boon Siew Honda Racing, in Race 2, while it was a clean sweep of the podium for Malaysia in Race 1.

For Race 1, Md Ibrahim Md Norrodin of SIC Racing took the top step of the podium with his Yamaha YZF-R6, while Khairul and team mate Arroyo Hakeem Anuar took second and third, respectively. In Race 2, Indonesian Andi Farid Izdihar of Astra Honda Racing Team was wedged in second place between Helmi in first and Khairul in third.

Malaysian racer Khairul Idham Pawi, known to fans as “SuperKIP”, is competing in this years ARRC under the Boon Siew Honda banner on the Honda CBR600RR. SuperKIP was infamously dismissed from the then Moto3 Petronas Sprinta Racing Team by team principal Datuk Razlan Razali in 2020 due to injury related poor performance, announcing his retirement form racing shortly after.

After two rounds of racing, the first round taking place in Buriram, Thailand in March, the SS600 riders’ championship table sees Helmi on top with a strong 83 point lead. Following behind him is Ibrahim in second with 67 points while Farid is nipping on his heels with 60 points in third position.